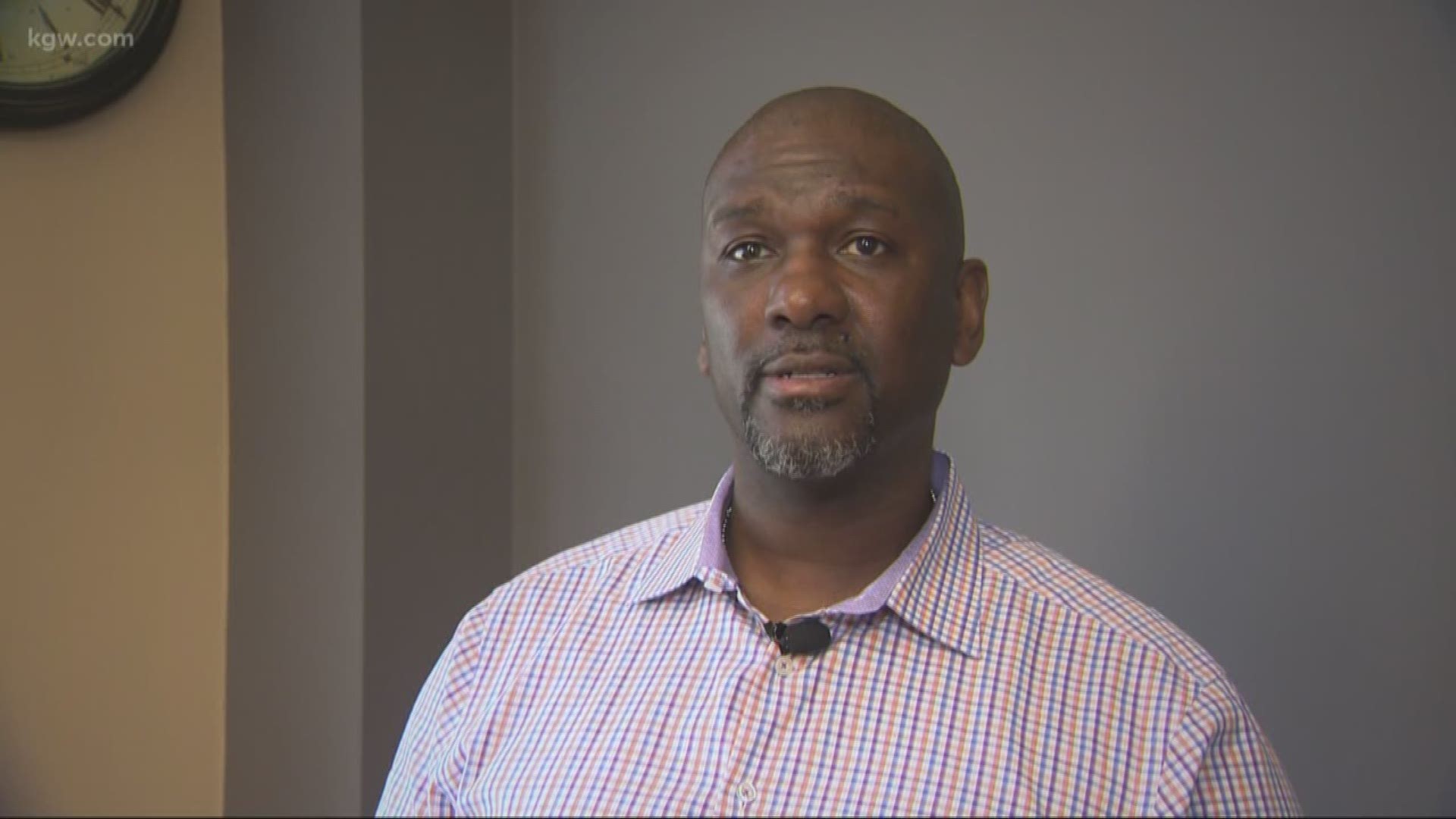 PORTLAND, Ore. — The Clackamas County District Attorney will now investigate West Linn Police over the bogus arrest made of a black man, which court paperwork in a civil case said was racially motivated and ordered by the former West Linn police chief as a favor to a friend.

The Multnomah County District Attorney also announced that his office would conduct a review of the case, because the arrest happened in Portland with help from Portland officers.

Michael Fesser of Portland was awarded hundreds of thousands of dollars following the bogus investigation that ended in his arrest in 2017.

Fesser worked at A & B Towing in Southeast Portland. In 2015, he started having some issues with coworkers. He thought he was the victim of racial discrimination. Fesser eventually brought his concerns to his boss. The boss, fearing a lawsuit was coming, turned to his buddy, West Linn Police Chief Terry Timeus, to fix the problem.

According to court documents, in 2017, Timeus ordered some of his officers to go to Portland and investigate Fesser for theft, ultimately building a case that alleged Fesser was stealing from the company he worked for.

"These police officers weren't focused on protecting the citizens of West Linn," said Paul Buchanan, Fesser's attorney. "None of this even had anything to do with West Linn."

Fesser was eventually arrested and jailed, but the case was later dropped. Court papers suggest that Fesser was not stealing from the company. His boss was just afraid of a possible racial discrimination lawsuit.

"I have forgiven those individuals in that community," Fesser said. "I've forgiven them but I haven't forgotten."

Fesser filed a lawsuit against the West Linn Police Department, Timeus, who is no longer there, and some of the officers.

"Law enforcement cannot be presumptuous about the power it has," Buchanan said. "The power it's been given is a limited power and it's not a power to be used for personal purposes."

Buchanan orchestrated a $600,000 payout for Fesser. Even more importantly, Fesser is getting the opportunity to meet with West Linn's mayor and the police department's top brass.

"I hope they learn they can't do this," Fesser said. "It's unethical."

The Clackamas County District Attorney's Office confirmed that it will conduct a full review of the case. The Oregonian reports that District Attorney John Foote said the investigation will "determine if any of the officers involved committed crimes in the county and whether any other action should be taken to avoid putting future cases in jeopardy."

On Wednesday, West Linn Police Chief Terry Kruger said Sgt. Tony Reeves, the only remaining member of the department who was associated with the case, was placed on paid administrative leave while the district attorney investigates the case.

"As anyone would expect based on the articles published over the past couple of days, many are deeply troubled and angered. I too feel the full weight of this. As the incoming Chief, I want to assure you that the current West Linn Police Department is composed of honorable, ethical and dedicated servants of this community who serve with integrity," Kruger said in a letter released to the media Wednesday afternoon.

Also on Wednesday, the Portland Police Bureau released two reports related to the Fesser case. Portland police said in a press release that they assisted West Linn police in 2017 in making a traffic stop and arresting Fesser at the request of a West Linn police detective.

"Assisting other agencies with arrests within our jurisdiction is a routine part of police work," said Chief Jami Resch. "In an effort to be transparent, I have authorized the public release of the report detailing the involvement of PPB officers. We recognize that a lot of questions have been generated as a result of this case and we want the public to have this information to consider. Additionally, I have asked our Professional Standards Division to look into our involvement, as is our practice when there are civil lawsuits."

Oregon Governor Kate Brown announced she is directing the state Department of Public Safety Standards and Training to conduct a review of the matter.  Brown released this statement:

“If what Oregonians are hearing about this case is true, everything about it is egregious, horrific, and completely unacceptable. Law enforcement officers take a pledge to uphold the law and keep everyone safe—which is the opposite of active abuse of power, cronyism, hate crimes, and obstruction of justice. I applaud the Clackamas County District Attorney’s Office for taking a second look at this case overall. I have directed the Department of Public Safety Standards and Training to conduct a full and thorough review of this matter as swiftly as possible.”

Read the reports released by the Portland Police Bureau