A stretch of road will be closed so crews can complete work on a multi-million dollar pedestrian bridge that will connect portions of Wildwood trail. 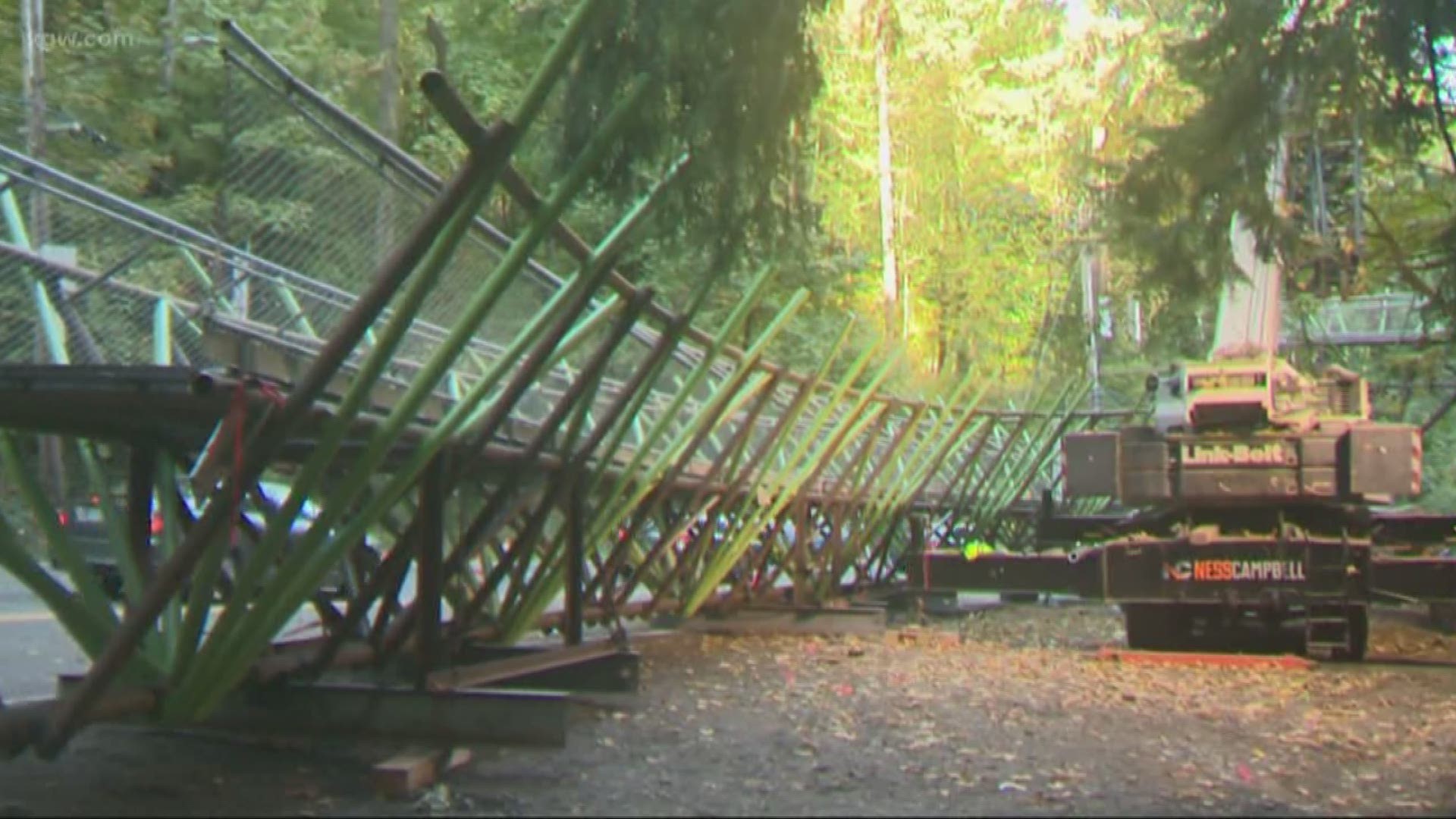 PORTLAND, Ore. — A stretch of West Burnside will be closed through the weekend so crews can wrap up work on a pedestrian bridge that will connect portions of the popular Wildwood Trail.

“The interesting thing about this bridge is it’s Portland’s first crowdfunded bridge,” said Randy Gragg of the Portland Parks Foundation. “Over 900 individual contributions funded almost two-thirds of it.”

Jill Ward was among the hundreds of donors. She lives in the neighborhood and walks on the Wildwood Trail four to five times a week.

“We’ve all been fearing someone is going to get hit,” she said.

Up until now trail users were forced to walk across West Burnside. The new pedestrian bridge will make that trip a lot safer.

“It’s just great,” said Ward. “We need a way for people to get across Burnside safely.”

Trail runners are excited for the continuity the Barbara Walker Crossing will bring.

Over the coming weekend the bridge will be dropped into place with a crane. It is the culmination of a years-long, $3.2 million project.

“I think in many ways drivers will appreciate it as much as trail users,” said Gragg.

West Burnside, between Hermosa and Barnes, will close Friday night and re-open before the morning rush Monday.

READ: A footbridge across West Burnside nearly a reality