As frustration over crime, trash and violence in Portland grows, neighborhood groups are building a united front against the problem. 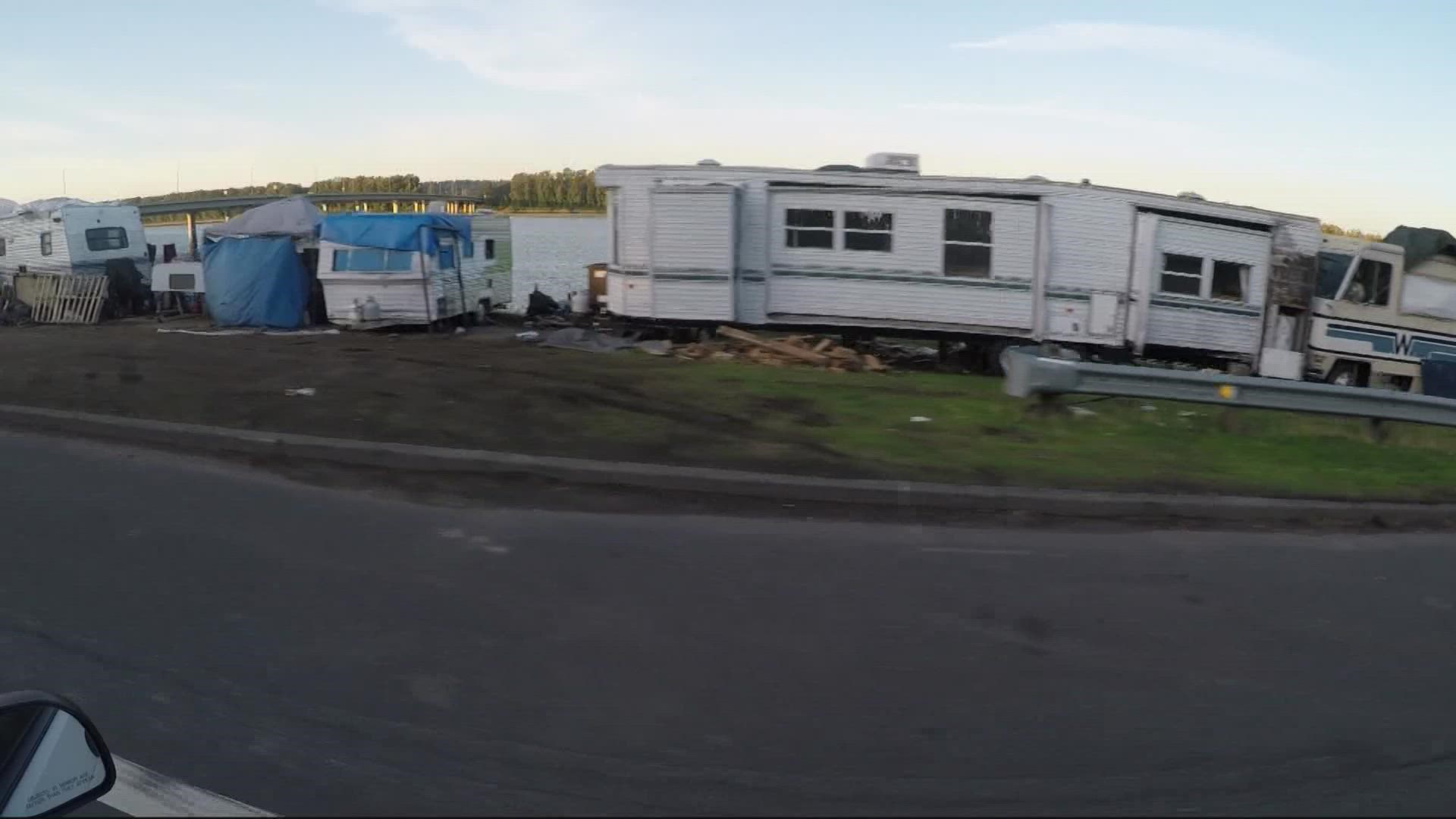 PORTLAND, Oregon — This week, employees and business owners who work near Northeast Airport Way and the Parkrose neighborhood held an emergency meeting. They shared ideas, frustrations and horror stories over problems stemming from people camping in and around the areas.

Among them were employees from Best Western Plus Portland Airport Hotel & Suites.

Peterson said most recently, they dealt with a man who tried repeatedly over several weeks to break into hotel rooms and vandalize property. Last month, a security camera captured the man physically assaulting a female hotel employee who was trying to keep him outside.

“He just decided to go ahead and punch me,” said Jenna Castro. “I want people that need help to get help. But I also want people to stay at a hotel and not have to worry about somebody standing by the front door lurking about, or whether their windshield might get smashed.”

Chris Delano is vice president of IPD Volvo on Northeast Ainsworth Circle off Airport Way. Since 2016, Delano said his business has been dealing with theft, vandalism and even people siphoning gas from cars.

“I never imagined we'd be in this position still for this long but it's growing and now it's affecting business more in a time when we're struggling to survive already,” said Delano. “When we call police the response is their hands are tied and they really can't do anything to help … So it's a bigger picture. It's got to come from the top down.”

The Parkrose Business Association told KGW that in just the last year, owners have spent at least a combined $300,000 dealing with the problem. That includes investing in security updates and paying customers for damages and cleanup. They want to see the city spend money on long-term solutions or anything that would help them see results.

“It doesn't feel like we're getting anything for the taxes that we're paying,” said Angie Jenkins, vice president of Hookset Automotive & Tires on Northeast 112th Avenue. “It doesn't feel like [city leaders] are listening to anyone other than one type of individual which are the protesters, the rioters and feeling compassionate for the homeless. Where's the compassion for the owners and the businesses and the neighbors? There is none.”

Business owners who shared their frustration said they recognize that theirs are not the only neighborhoods in Portland dealing with these problems. And that, they said, is their biggest point.

“Essentially, we're not addressing any of the behavior,” said Jenkins. “We're just asking them to move around and none of it is humane.”