'We're free because of the people lying in this cemetery': Countless number of people pay their respects at Willamette National Cemetery

A family full of veterans went to the cemetery to remember a friend. 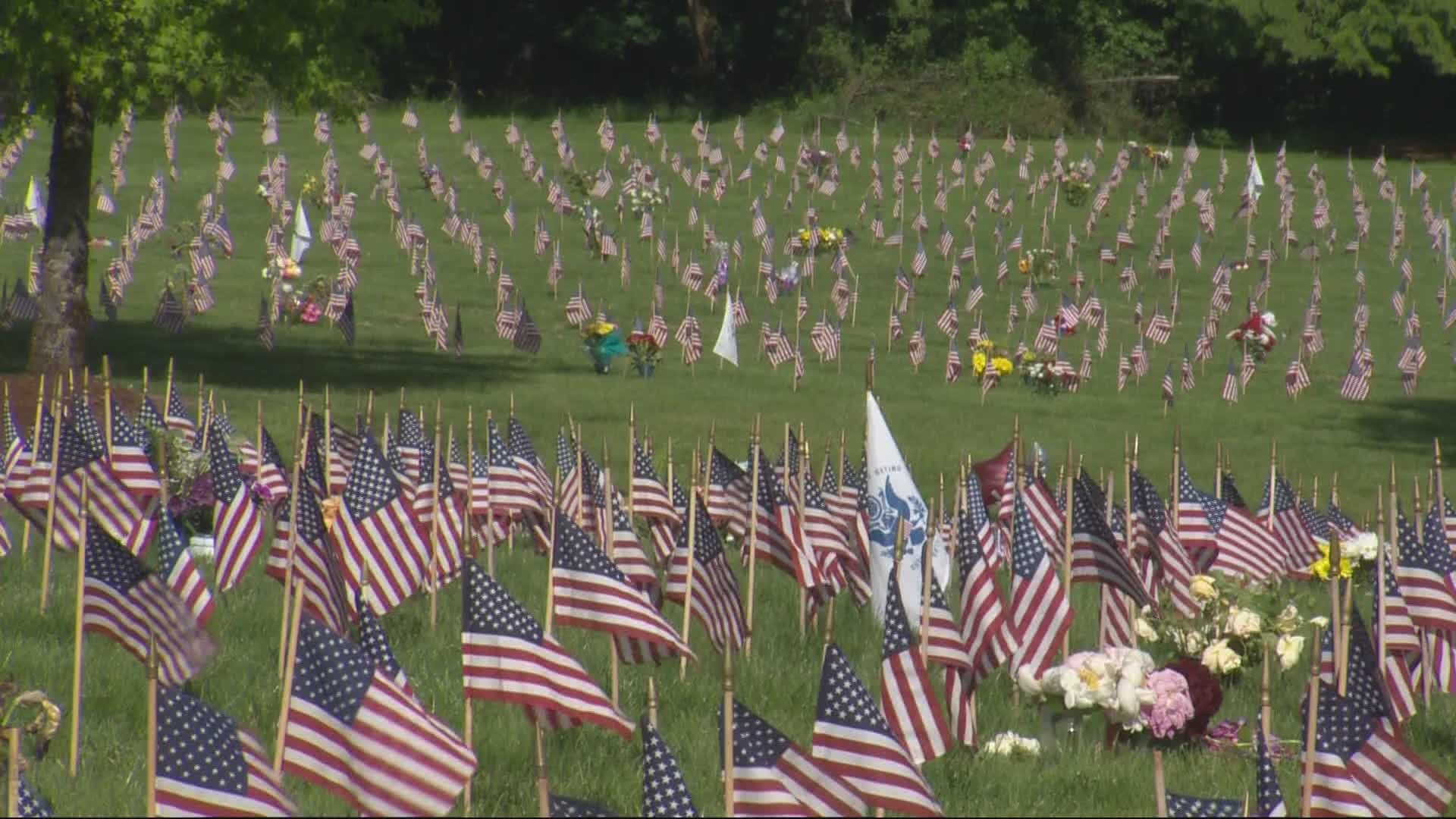 PORTLAND, Ore. — For one tight knit family, there is no place they would rather be on Memorial Day than at Willamette National Cemetery.

"We all served," said Jeff Bartlett. "My uncle served. My brother served. I served. My wife served. We're all veterans and we know the meaning of Memorial Day."

Memorial Day is a day to remember those who gave the ultimate sacrifice serving our country. For Bartlett and his family, that person is Adam Plumondore.

They were not alone. There was a steady stream of people coming through the cemetery all afternoon to pay their respects.

"You can remember them anywhere but it gives you a broader picture of what it's all about is to be here," said Dan Snook. "All these flags represent someone's son, daughter, mother, or father. Everybody deserves the respect we can give them."

The sentiment is shared by Portland Fire & Rescue. The bureau's Pipes and Drums honored those who died in service by performing at the Portland VA Hospital.

"Today is not just an extra-long weekend," said Matthew Loban. "It's a long weekend to remember why we're here and why we're free."

If anybody knows that, it is the family of veterans back at Willamette National Cemetery. On a day they could have been anywhere, doing anything, they chose to visit the cemetery.

"It's about paying respect to people who made the ultimate sacrifice," said Jeff Bartlett. "That's what it's all about. We're free because of the people lying in this cemetery."