Andy Lee's truck was stolen along with a mobile welder that allowed him to build a business. Now generosity from others is helping him mount a comeback. 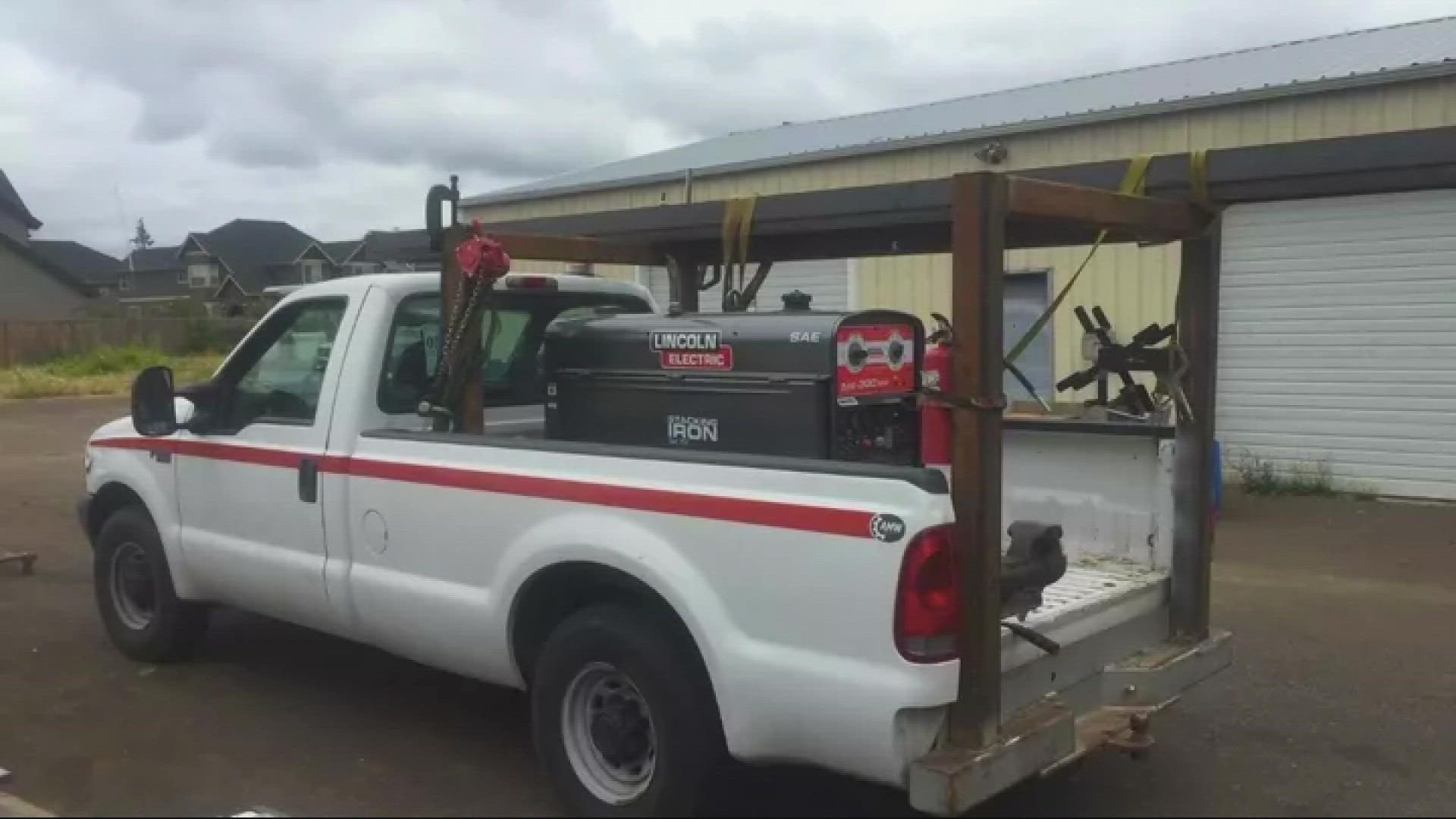 PORTLAND, Ore. — Andy Lee is a welder who specializes in on-site work. He had a top-of-the-line mobile welding system in the back of a pickup truck until about a month ago. It was stolen, along with the truck and other tools, from near Northeast 12th and Tillamook Street in Portland's Irvington neighborhood on Oct. 17.

Andy and his partner Astrid Grigsby-Schulte live in that area and were returning home from a trip when Astrid's sister noticed the theft.

“She called us while we were on the road, and the truck was gone, which was disheartening’ that was a long trip home,” said Lee, who added that he had disconnected the starter on his truck before leaving on their trip, but it appears thieves towed the truck away.

It was disheartening, for a guy trying to build a business.

At least the couple got the truck back. It was recovered off of northeast Columbia Boulevard near 33rd Avenue. But without the massive mobile welder, Grigsby-Schulte still couldn't ply his trade.

Then came the GoFundMe, that at first both Astrid and Andy felt uncomfortable considering.

“But a couple of friends I was having dinner with them the other night and they said that I should do it. And then I did it so I am just very susceptible to peer pressure, I guess,” said Grigsby-Schulte .

The GoFundMe took off nicely, raising more than $4,700 in less than a week.

To that, Lee said, “That it’s incredible, it really is.” And Grigsby-Schulte said, “Absolutely shocked, and I think it’s pretty good at a time when I think our faith in humanity had kind of taken a dip, to really have that go back up a little bit, to see that strangers that I don’t even know are awesome and really cool.”

The goodness of strangers, and family and friends. They've got a way to go to a $16,000 goal, to replace the welder insurance didn't cover.  But the couple’s faith in humanity, is already back in business.