In wiping out half the homes in Gates, the mayor said the Beachie Creek Fire erased almost half its revenue, which was small to begin with. 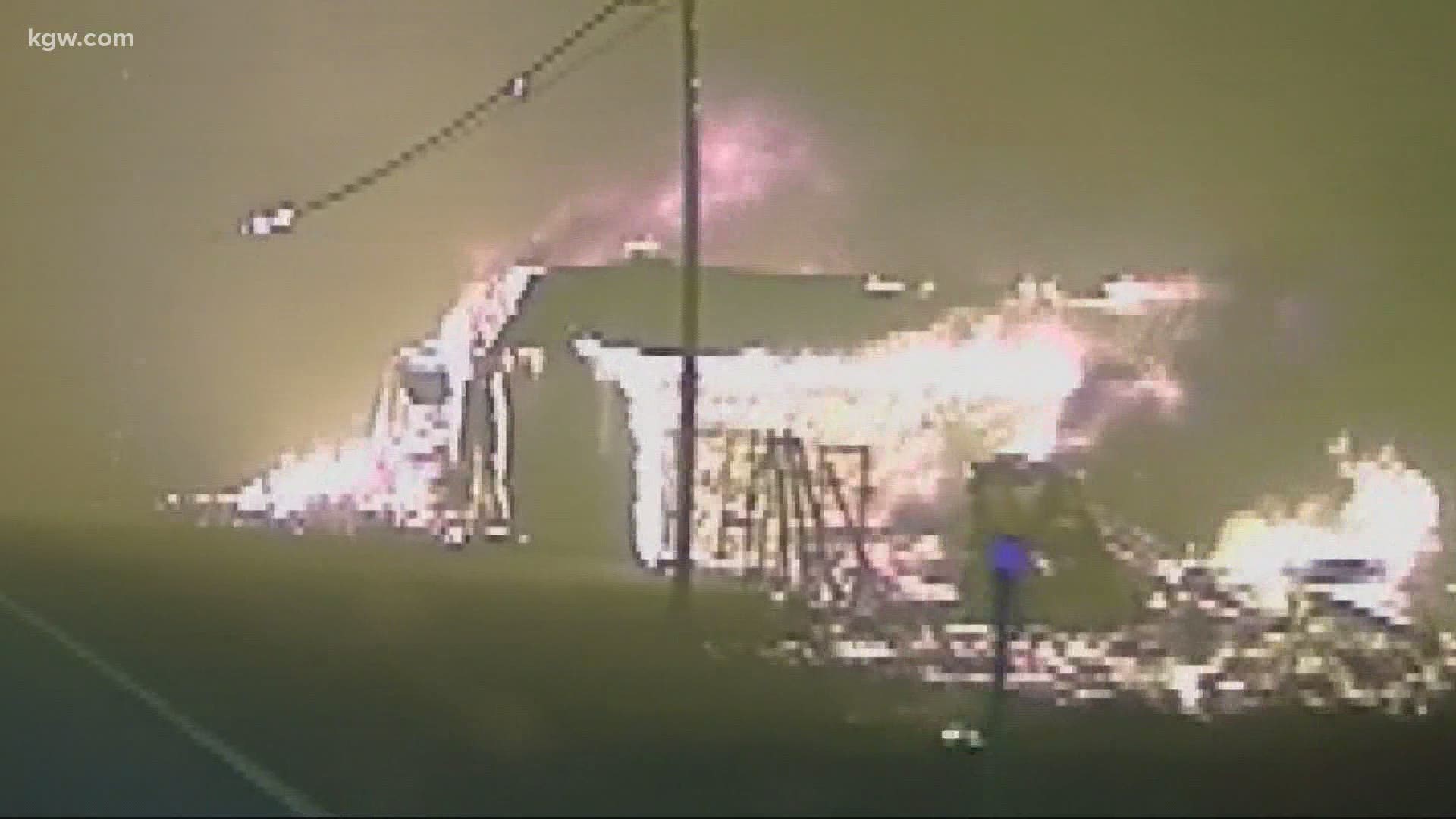 GATES, Ore. — Four and a half months after flames tore through the Santiam Canyon, the town of Gates is sending out an urgent plea for help.

The Beachie Creek Fire devastated Gates, wiping out half of what was there. People are dealing with more devastation as the recovery process drags on and the wheels of bureaucracy turn slowly.

"I lost 50 years of my life I'd been working for," Gates Mayor Ron Carmickle said. "There's no help coming in and people want to get home.

"Our people are suffering up here. Our state is going to suffer from this," he added.

In wiping out half the homes in Gates, Mayor Carmickle said the Beachie Creek Fire erased almost half its revenue, which was small to begin with.

"We're just barely crawling along at this point," Carmickle said.

"We don't have any money saved because we owe on loans," City Recorder Tina Archer added.

She said they don't want to take out any more government loans because they're already struggling to pay off one they got during the Great Recession.

Gates City Council decided Thursday not to charge wildfire victims for water utilities they're not using, cutting water infrastructure resources nearly in half.

"My house burned too, so I feel for these customers, you know," Archer said through tears.

In order to try to maintain the city, they may charge people whose homes were spared more money to make up the difference.

"Those are the two things there doesn't seem to be any money out there to help support," Archer added.

"Our situation now is: we need immediacy," Carmickle added.

City leaders fear they won't be able to run their water plant, pay already maxed-out staff or offer city services. They fear the city could go under in a few months.

Oregon lawmakers dedicated about $100 million to wildfire recovery, prevention and preparedness during special session in December. But Gates leaders say they haven't seen any of it yet.

There is some hope: city leaders say Marion County commissioners told them this week they're getting them money from the state, but it's unclear exactly what that money would go towards at this point and when it would come in.

KGW reached out to the Oregon Office of Emergency Management (OEM), which says it is coordinating with different state and local agencies to help fire-ravaged communities offset some of the costs of rebuilding infrastructure through FEMA's Public Assistance Program.

This program helps communities respond to and recover from major disasters or emergencies by reimbursing for costs associated with debris removal, emergency protective measures and the restoration of disaster-damaged, publicly owned facilities and specific facilities of certain PNP organizations, according to OEM.

An OEM spokesperson said its director, Andrew Phelps, is working directly with leadership in Gates and other towns "to address questions and concerns and provide guidance in navigating the recovery process identify potential funding streams".

There are funding streams out there and ones in development to help communities with wildfire recovery, including $2 million for Business Oregon to provide financial assistance to cities and counties impacted by the fires.