'We don't want this here': Mayor warns against violence at Portland rally

Police are reminding demonstrators that weapons are not allowed in city parks, and acts of violence will lead to immediate arrest during Saturday's Patriot Prayer rally and counter-protests. 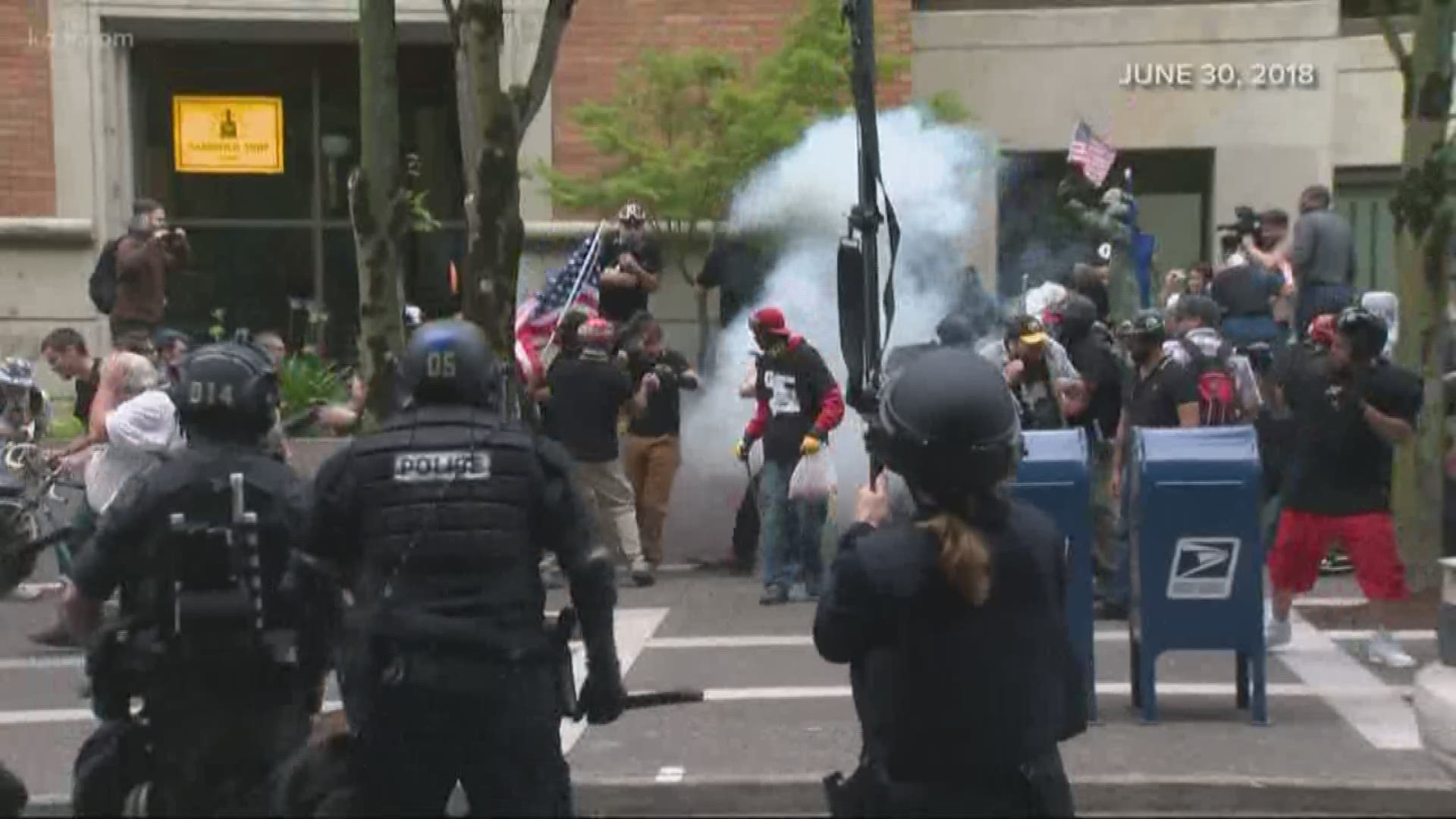 Ahead of Saturday's planned Patriot Prayer rally and counter-protests downtown, Portland police announced Friday there will be an increased law enforcement presence due to past acts of violence.

The bureau also pointed out that people are not allowed to bring weapons into city parks, or to have concealed handguns in Portland without valid Oregon licenses.

The Gibson For Senate Freedom March is expected to begin at about 10:30 a.m. at Waterfront Park. It has gained national attention as it follows a violent June 30 riot in Portland between Patriot Prayer and anti-fascist groups.

Controversial radio host and activist Alex Jones has hinted that he may join Patriot Prayer founder Joey Gibson at the rally. Gibson, who is a U.S. Senate candidate in Washington, said there will be five buses, with armed security, that will shuttle supporters from Vancouver to Portland for the rally.

The group Popular Mobilization - or PopMob - was formed to demonstrate against Gibson's group on Saturday. They plan to meet at City Hall at 10:30 a.m. A group from Eugene is also planning a counter-protest at 11:30 a.m. at Waterfront Park.

Nearly 40 other organizations opposed to the rally issued a joint statement condemning it as "yet another street fight."

"They pair violence with bigotry: The groups’ leaders and members are known for making racist and sexist statements and aligning themselves with white nationalist groups despite occasional claims to the contrary," said coalition spokesman Josh Glasstetter. "That Patriot Prayer and Proud Boys are able to make an entire neighborhood in downtown Portland a danger zone is an affront to the city’s responsibility to maintain public safety."

Police are stepping up their attempts to keep things civil.

"In an attempt to further minimize risks of injury and increase safety, weapon screening locations will be stationed at entrances to Tom McCall Waterfront Park on Saturday around the demonstration area and Explosive Detection Canines will be present prior to and at the event," said PPB spokesman Sgt. Chris Burley Friday. "Prohibited items may be temporarily or permanently seized by police, if in violation of city, state or federal law."

He added that anyone taking part in illegal behavior, including acts of physical violence, could be immediately arrested or cited at the scene, or later if additional investigation is warranted.

Mayor Ted Wheeler also condemned the kind of violence that erupted during the June 30 protests.

"I continue to strongly reject the idea that violence or hate speech are legitimate means to a political end," he said. "Chief Outlaw and I have serious concerns about the potential for violence at this weekend’s demonstrations. It is particularly troubling to me that individuals are posting publicly their intent to act out violently. We don’t want this here. The Police Bureau has put forth significant effort into preparing for tomorrow’s demonstration and will do their best to provide a safe environment."