'We allowed it to happen': PPS reckons with teacher sexual misconduct investigation

A former Portland Public Schools teacher and coach with a long history of alleged sexual misconduct involving students got away with his inappropriate behavior for years due to a lack of organization and inaction at PPS, an independent investigation found. 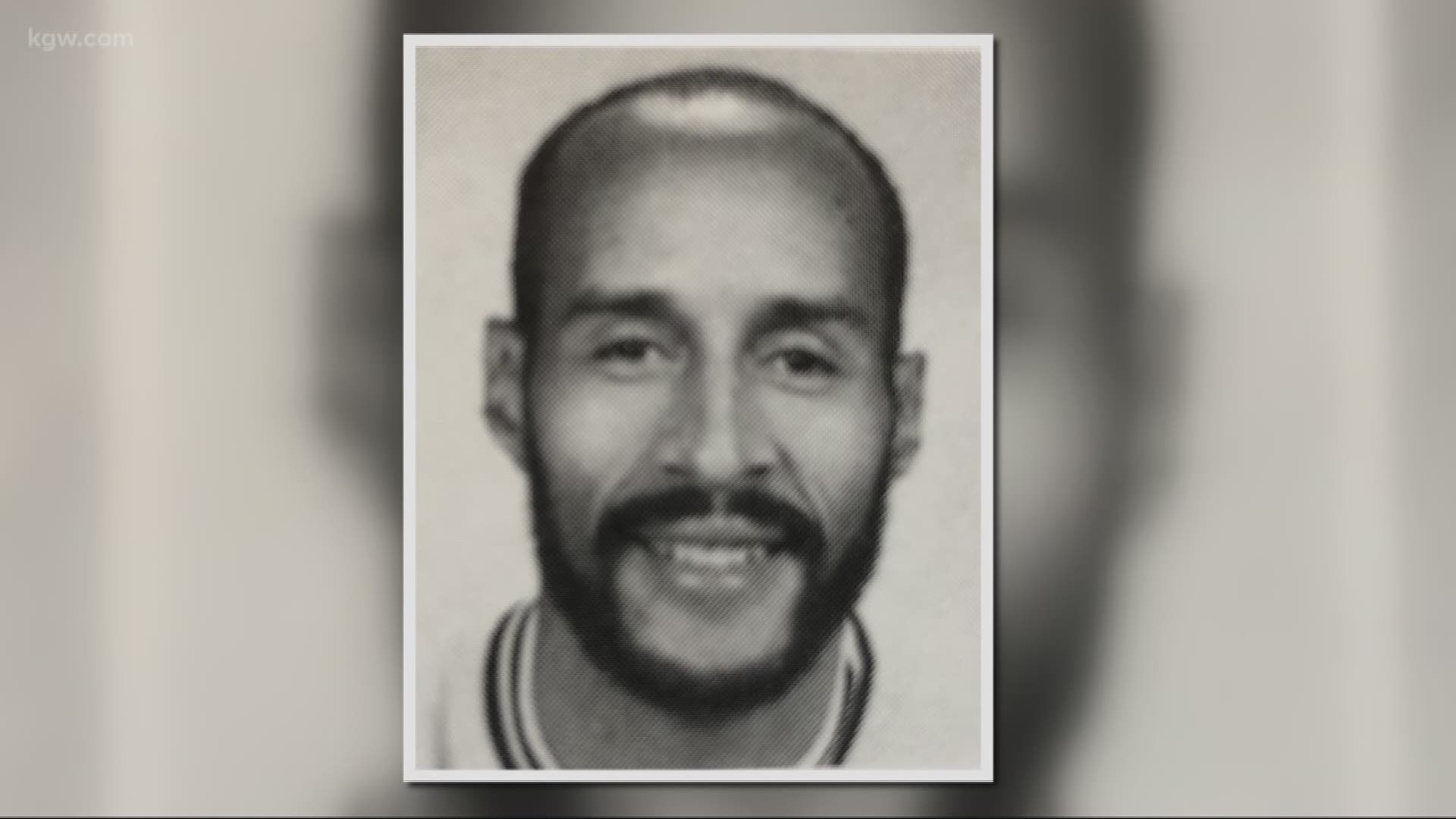 PORTLAND, Ore. – A former Portland Public Schools teacher and coach with a long history of alleged sexual misconduct involving students got away with his inappropriate behavior for years due to a lack of organization and inaction at PPS, an independent investigation found.

In addition, PPS officials failed to take formal steps to report the teacher, Mitchell Whitehurst, due to fears of the teacher’s union. The union – the Portland Association of Teachers – also protected Whitehurst from discipline through union policy to purge records. Furthermore, union lawyers negotiated an expensive early retirement package for the teacher that included an agreement that PPS would keep any damaging information about Whitehurst secret.

Portland Public Schools ordered the independent investigation in the fall of 2017, following an Oregonian investigation into complaints against Whitehurst from former students. The investigation was released to PPS Tuesday, May 9. PPS released the findings to the media on Thursday afternoon.

"For 32 years a child predator harassed, intimidated, and exploited young women and we allowed it to happen. Let that sink in. PPS allowed it to happen," said PPS board member Rita Moore at a school board meeting Thursday night, her voice choked with emotion.

Board Chair Julia Brim-Edwards told KGW she didn't know how the district allowed the misconduct to continue for decades.

Neither Whitehurst nor the teacher's union responded to requests for comment.

“It’s so frustrating and its really heartbreaking that its been going on so long,” said Keri Moran-Kuhn, the associate director of the Oregon Coalition Against Domestic & Sexual Violence. “All these students came forward, and were brave enough to talk about it, and were not believed.”

The organization has been offering support for sexual assault survivors for 40 years. Moran-Kuhn says, unfortunately, this report about Whitehurst doesn’t surprise her.

“We do know that sex offenders are not usually the ones jumping out of the bushes. That’s a very small percentage. They are people in power," she said. 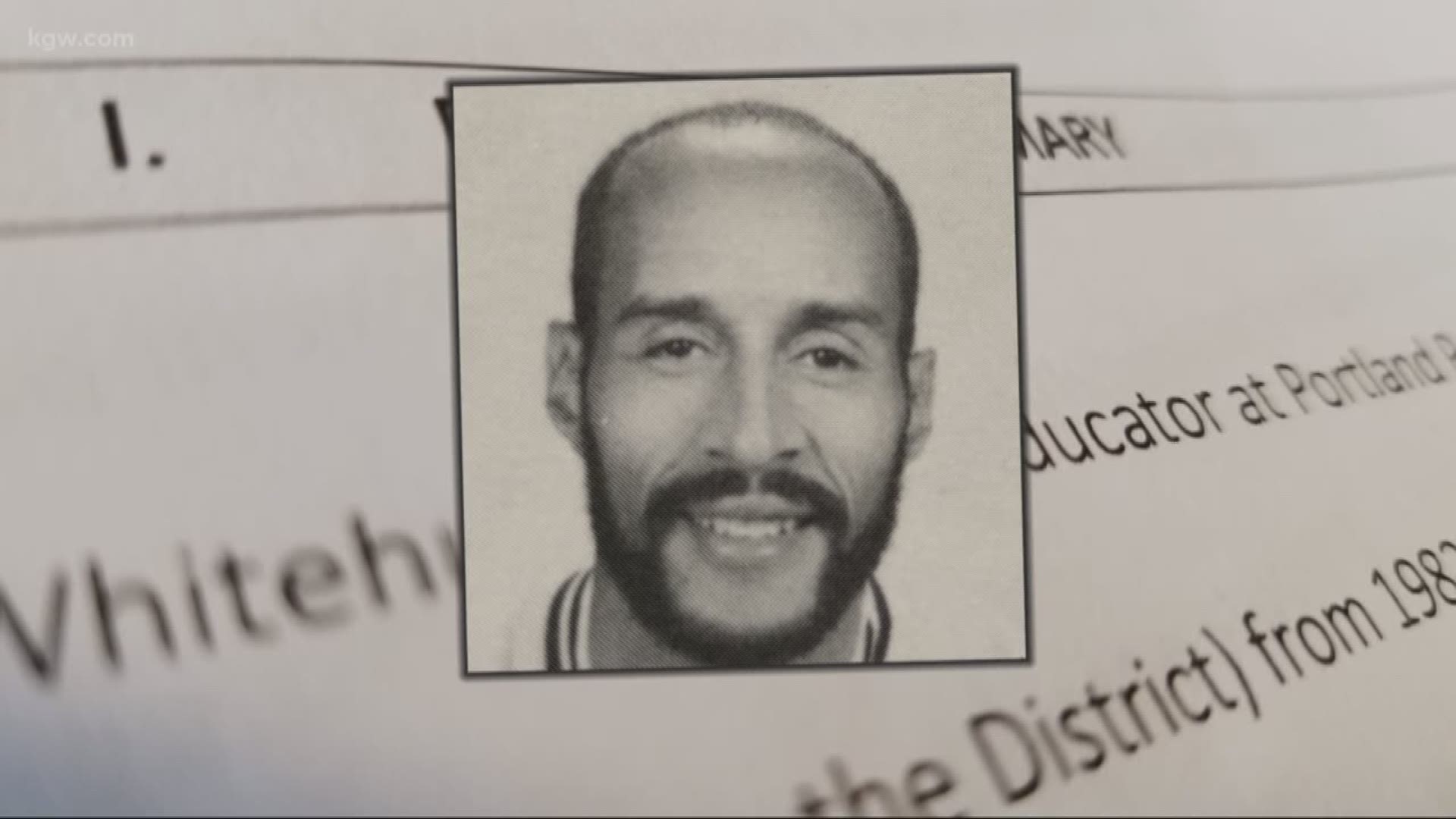 The independent investigation, led by three lawyers, dug into the complaints filed by former students of Whitehurst, as well as whether the district handled the complaints appropriately.

Several girls and women lodged complaints against Whitehurst, who taught at PPS for more than 30 years at six different schools. They said Whitehurst would look at them suggestively, say sexually inappropriate things to them, asked for oral sex, and asked them to meet him at hotel rooms for sex.

The investigation found no reason not to believe the accounts. Whitehurst continually denied the allegations and has never admitted wrongdoing.

The investigation determined that PPS didn’t intentionally protect Whitehurst or move him from school to school to avoid discipline. But it did unintentionally blunder attempts to track Whitehurst’s misconduct, and failed to properly report the misconduct over and over again, so each time it happened it was treated as his first indiscretion.

The district lacks a central organizational system, the investigation found, meaning complaints against Whitehurst weren’t properly filed, “such that Mr. Whitehurst succeeded in denying his conduct and administrators repeatedly treated his inappropriate conduct as a one-time lapse in judgment.”

So when he moved schools, the new school was often unaware of his past issues.

“His pattern of sexual conduct with students went mostly undetected,” the investigation said.

Administrators also incorrectly assumed fellow PPS staff were properly taking steps to discipline Whitehurst, when no one was doing their due diligence.

“Complaints were inadequately addressed in part because each person involved assumed the other persons involved would handle the issue and see it through to completion. Accountability for these investigations and their outcome was lacking throughout Mr. Whitehurst’s career,” the investigation said.

That inaction continued through last year, after Whitehurst’s retirement. Even when the school board told administrators to do a “lessons learned” internal review, all interim superintendent Bob McKean did was an internal audit of existing policies and training materials, the investigation said.

Union fears also factored into the mishandling of the Whitehurst complaints.

Per union contract requirements, any documentation of the misconduct allegations that were actually documented in Whitehurst’s flies were purged.

PPS administrators also didn’t issue formal discipline “because it could be challenged by the teachers’ union.”

“To avoid the challenge by the union, administrators appeared to favor taking action that was short of formal discipline – such as delivering a verbal warning,” the investigation found.

Whitehurst’s union attorneys negotiated a resignation agreement that included early retirement benefits, even as he pleaded guilty to harassing a coworker. The attorneys also got the district to keep any information about Whitehurst secret except for basic employment information: The dates of his employment, position, pay, and resignation.

The investigation also found another employee, named Norman Scott, was the subject of similar sexual misconduct allegations. PPS treated the allegations against Scott similarly, and his career ended with a resignation agreement with PPS that included a promise from the district that Scott’s alleged misconduct would be kept secret.

When the district told a couple of teachers about Scott’s misconduct, Scott threatened to sue PPS for breach of agreement, the investigation found.

The investigators also found other issues that were beyond the scope of the initial investigation, and recommended that the PPS Board of Directors consider looking further into those issues. One of the additional problems the investigation found was that of student Teacher Assistants.

"The District may want to re-evaluate (1) its method of TA selection, which appears to be heavily influenced by the individual educator; and (2) whether there is a wa yto supervise TAs to keep them safe from opportunistic educators," the investigation said.

Rachael Rafanelli and Christine Pitawanich contributed to this report.