The emotional memorial for slain Cowlitz County Deputy Justin DeRosier took place inside the Chiles Center at the University of Portland. 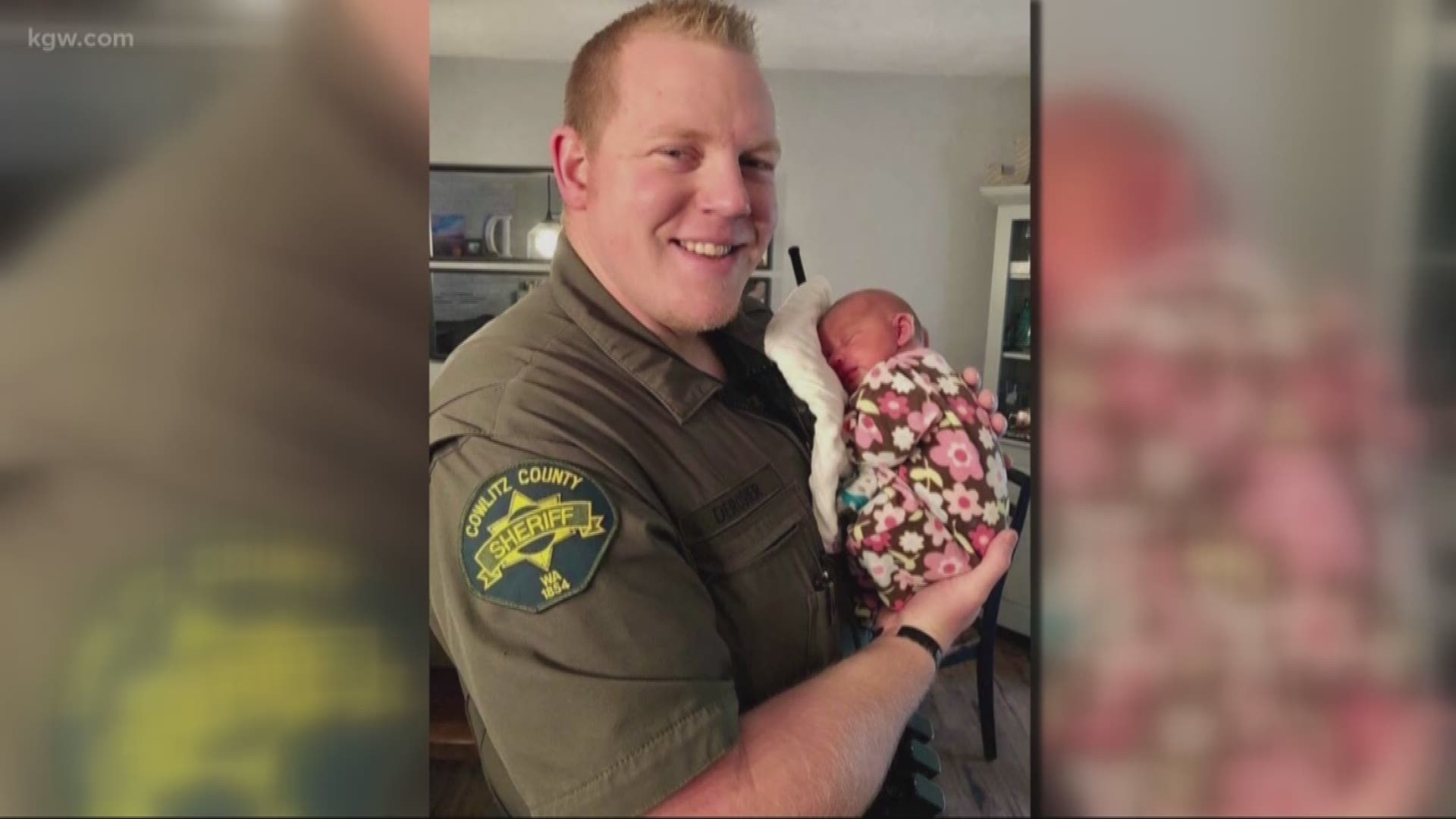 DeRosier was shot on the night of April 13 while checking on a complaint about a motorhome blocking a driveway near Kalama. He died early in the morning of April 14. His suspected killer was shot and killed by police that same night.

A procession took DeRosier's body from the Cowlitz County Fairgrounds to the Chiles Center at Portland State University.

Community members who weren't in Portland for the memorial filled Longview's New Life Church and Kelso High School to watch the simulcast. The Kelso School District canceled classes for the day to let students, teachers and staff attend the memorial services.

Cowlitz County and U.S. Bank have opened a donation account for the Deputy Justin Derosier Memorial Fund, which will be used to help cover memorial expenses. Remaining funds will go directly to the DeRosier family.

For anyone wishing to donate, the U.S. Bank account information is:

Donations may also be completed in person at the Cowlitz County Administrative Building, or checks may be mailed to:

RELATED: Kelso business sending stickers across the country in honor of fallen deputy