Rev. Bethel was a pastor at Maranatha Church for 26 years. He was influential in working against gang and gun violence, as well as speaking out on police brutality. 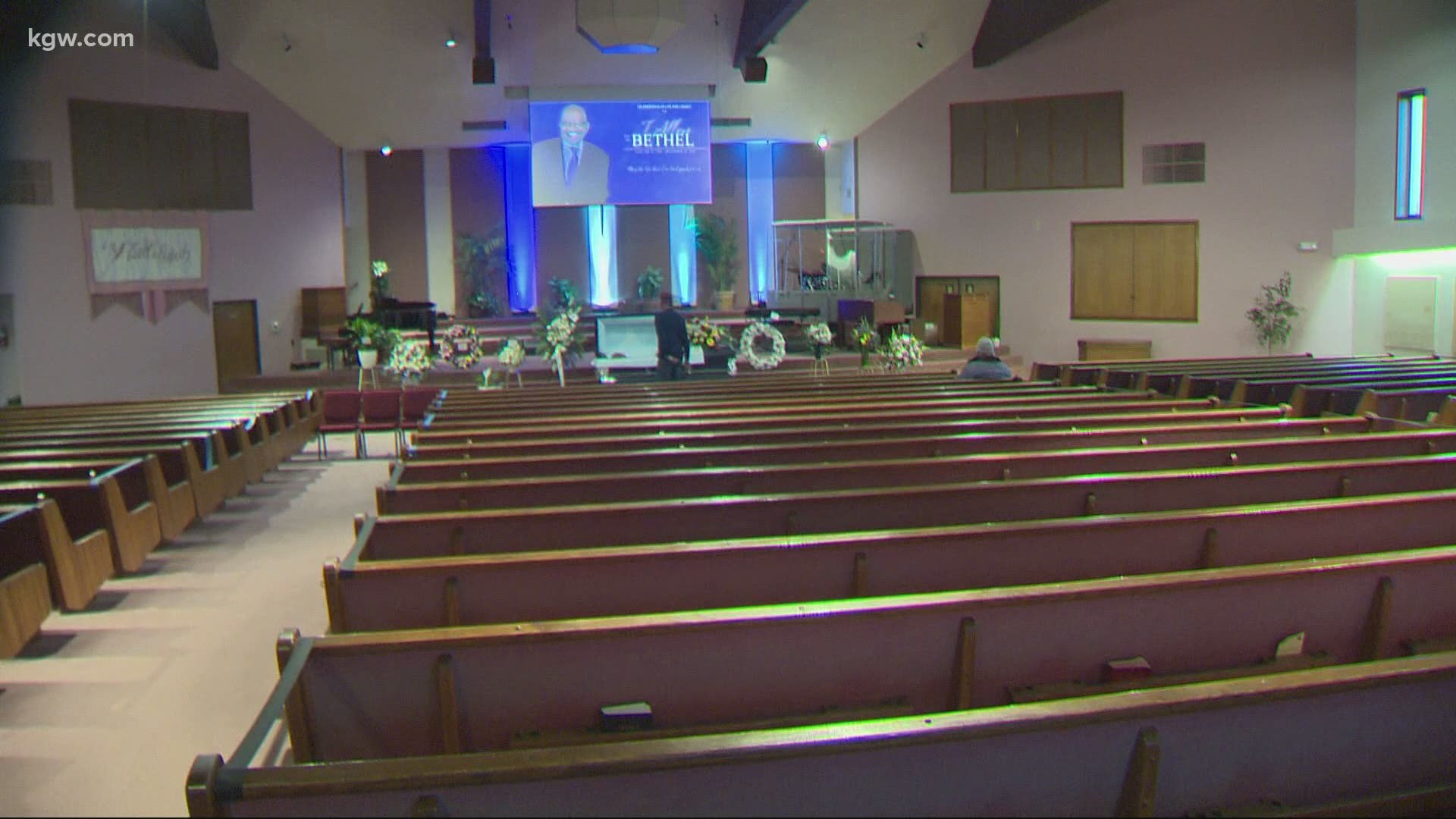 PORTLAND, Ore. — A Celebration of Life for longtime Portland pastor and civil rights leader Rev. Dr. T. Allen Bethel was held at Maranatha Church of God in Northeast Portland on Wednesday. The ceremony was private, but it was live streamed for those who couldn't be there in person.

On Tuesday night in Portland, the public had a chance to pay its respects to Dr. Bethel, who died last week. He was 67.

Bethel was a pastor at Maranatha Church for 26 years. He was influential in working against gang and gun violence, as well as speaking out on police brutality. He was president of the Albina Ministerial Alliance, which works to assure oversight of the Portland Police Bureau. He also served on the boards of directors for TriMet, Portland Parks & Recreation and the Oregon League of Minority Voters.

"I think his shoes will be very difficult to fill," said Alonzo Chadwick, associate pastor at Maranatha Church. "But he definitely planted a lot of seeds into a lot of people in the community and I think we're going to see people step up as a result."

On Wednesday the flag at Portland City Hall was flown at half-staff to honor Bethel.

“Portland and Oregon are stronger, more resilient and more united because of Dr. Bethel’s lifelong work,” Mayor Wheeler said. “Dr. Bethel’s legacy and vision will carry on for generations because he was an influential leader that built bridges across differences, envisioned solutions to our city’s challenges, and invited and challenged all of us in enhancing and enforcing civil rights protections for all.”

Here are other statements made by faith and state leaders about Rev. Bethel:

"The Rev. Dr. T. Allen Bethel was a prophetic voice who preached a message of fierce justice. He believed we had an obligation to free people from oppression. So Dr. Bethel championed police reform, an end to gun violence, and a better Portland for young people. He was a friend." — Rev. Dr. Chuck Currie

"We mourn the loss of Dr. T. Allen Bethel, a true civil rights icon. Dr. Bethel was a visionary leader who reminded us all that the first duty of society is justice. He was a leader with incredible strength, courage, faith, and dignity. His words stirred passion and his work stirred action. People listened when he spoke because of his impeccable character, poise, and passion for change. I deeply respected Dr. Bethel and will miss him." — Billy J. Williams, U.S. Attorney for the District of Oregon

"Dr. T. Allen Bethel was a strong and eloquent voice in Portland who brought grace and wisdom in his work for justice and a stronger community. I'm sad to learn of my friend's passing. My condolences to his family and loved ones. He will be hugely missed." — Ron Wyden, U.S. senator