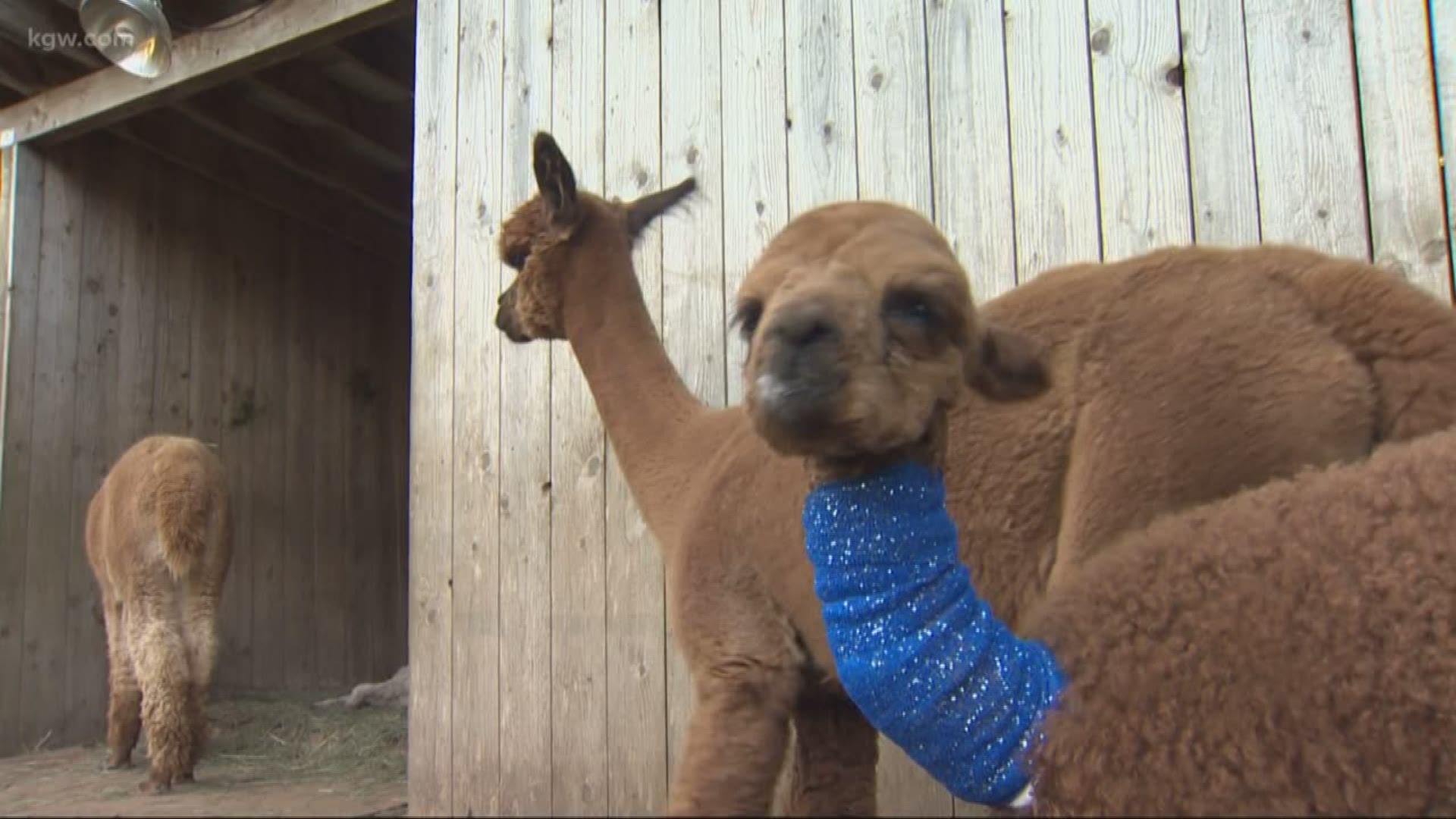 COOK, Wash. — The owners of a Skamania County alpaca farm are crediting a feisty mother alpaca for saving her one-week-old baby from the mouth of a cougar.

The alpaca’s heroics were caught on surveillance video Sept. 16.

Video shows the cougar approaching a group of resting alpacas, then biting onto the baby’s neck and dragging him away. The baby’s mom, “Amorette,” ran after the cougar. She chased it back and forth across the pen until the cougar dropped the baby and ran away.

“She’s one tough little mama,” said Rogers. “I think that cougar thought it was going to be easy.”

Miraculously, the one-week old baby was alive with just a large, torn skin flap on his neck. He needed two rows of stitches, but Rogers said the cougar missed his vital organs.

“The vet was checking him out and said, ‘this is the luckiest alpaca I’ve ever seen,’” said Rogers. For that reason, she named the baby “Lucky.”

Vet bills for Lucky’s care will top $1,000. The family is also planning on purchasing two guard dogs to protect their 35 alpacas from future attacks. Anyone interested in helping can make a donation here.