A Philadelphia police officer who has made it his mission to memorialize fallen first responders created a portrait this week of Cowlitz County Deputy Justin DeRosier. 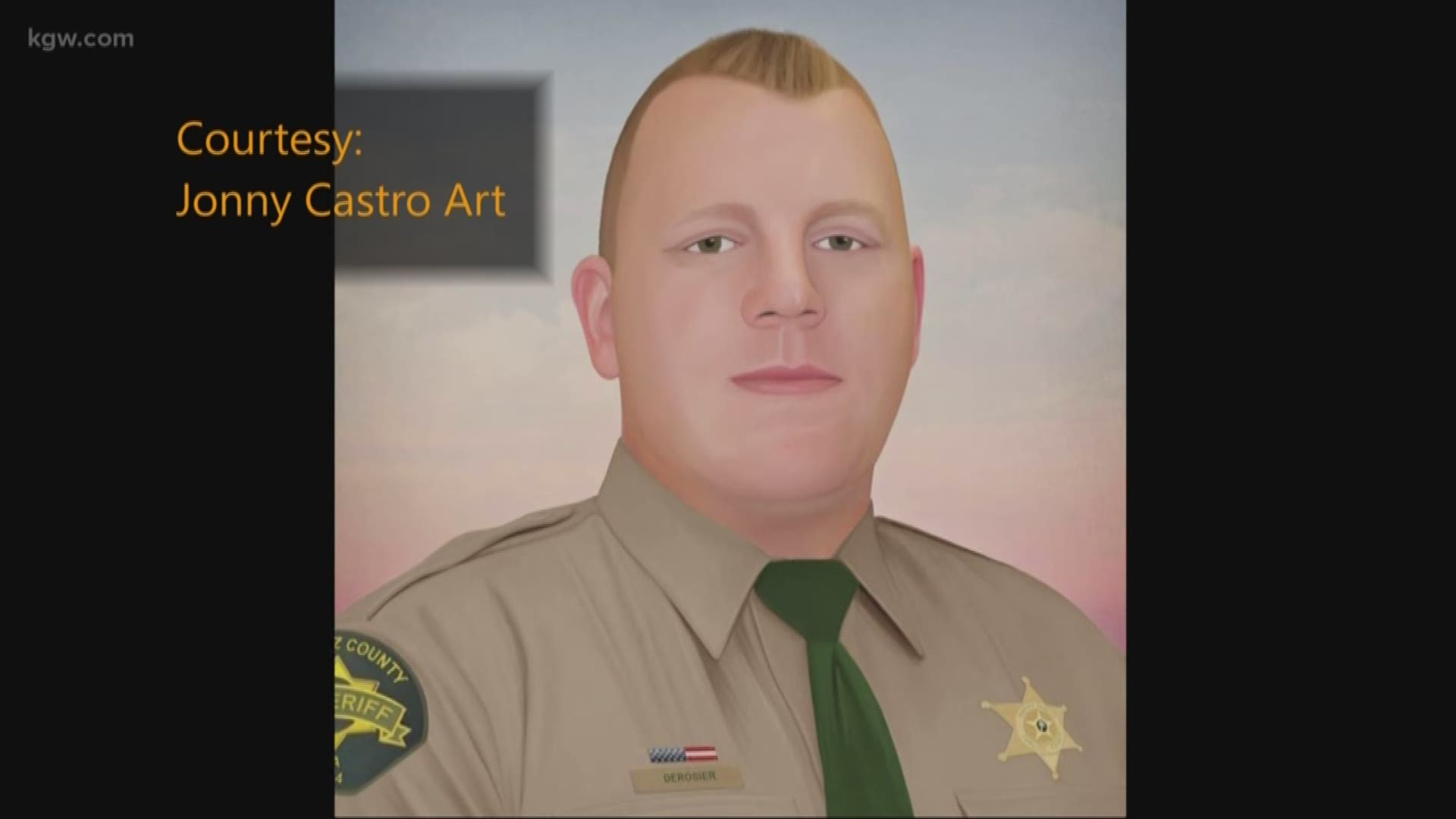 KELSO, Washington — A Philadelphia police officer who has made it his mission to memorialize fallen first responders created a portrait this week of Cowlitz County Deputy Justin DeRosier.

DeRosier was shot and killed Saturday night while checking on a complaint about a motorhome blocking a driveway near Kalama.

Officer Jonny Castro learned of his death through Facebook and got to work.

“I follow the Officer Down Memorial Page pretty closely,” he said. “So every time an officer is killed I get that notification."

He’s planning to send it to the DeRosier family for free.

It’s the same thing he does for all families of fallen first responders.

“They probably have plenty of photos of them in regular clothes with their families, but they may not have any updated ones in their shirt, tie and hat,” he said. “I like to put them wearing medals or ribbons they've earned after they were killed. That usually means a lot.”

Castro, whose Facebook page dedicated to his art has more than 40,000 likes, also plans to send a copy to the Cowlitz County Sheriff’s Office.

He’s been memorializing police officers, firefighters, deputies, K9 officers and more since 2016, racking up hundreds of portraits in that time.

He adds his contribution is usually just one element of support offered up after a first responder is killed.

“I've seen monuments erected in hometowns within a year or two of the officer's being killed just so they're not forgotten. So, especially in Justin's case, he was the first officer killed in like 150-something years,” Castro said of Deputy DeRosier, the first Cowlitz County deputy to ever be killed in the line of duty. “Any time anybody can contribute something to help remember them, it's a plus for law enforcement. So I'm happy to help.”