Friends say searchers saw an unknown man driving an SUV belonging to Ian Eckles of Kent, who was last seen more than a week ago. 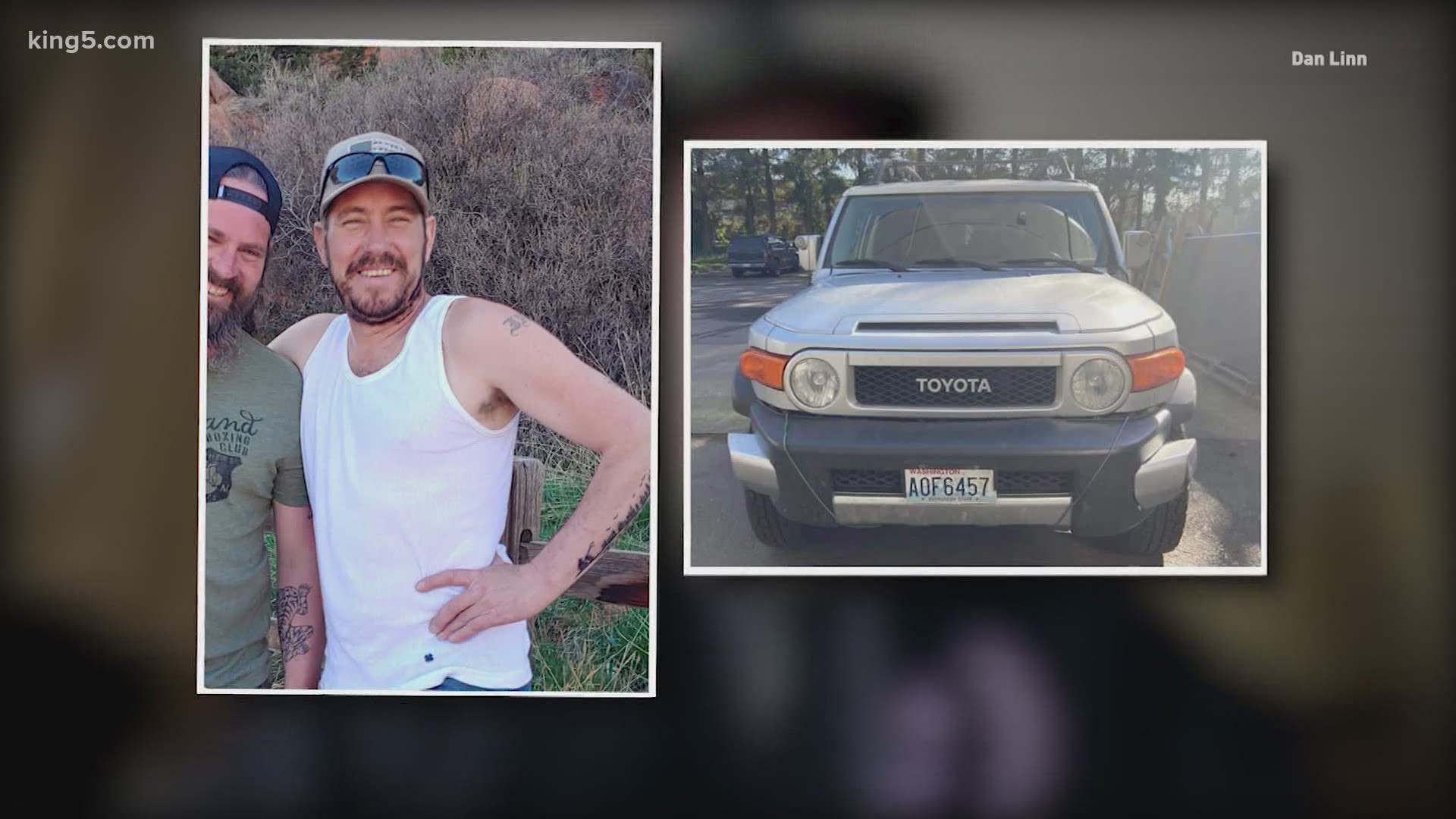 CLE ELUM, Wash. — The mystery behind the disappearance of a hunter last seen near Cle Elum more than a week ago deepened after searchers reported spotting the man's SUV being driven by someone else.

Law enforcement alongside volunteers are looking for Ian Eckles of Kent, who was last seen May 16.

Friends say Eckles, 41, was going to meet friends for a hunting trip in the woods near Cle Elum, but hasn’t been heard from since.

This missing person’s search took a turn when friends say they saw Eckles' Toyota FJ Cruiser being driven by another man. That unknown man was last seen driving away from law enforcement in Eckles' vehicle.

According to law enforcement, there is now a search for the missing hunter and a manhunt for the person who may have been driving his car.

Friends describe Eckles as a family man and a lifelong hunter who had recently become a grandfather. Dan Linn, a friend and family spokesperson, says Eckles planned to solo camp on May 17 and then meet his hunting party the following morning but he never showed up.

“It’s also not unusual for him to skip the first morning hunt. Sleep in. So they weren’t concerned yet,” Linn said.

When he didn’t come back, friends and family knew something was wrong.

“Monday when he didn’t show up to work. That’s when we all knew something was really bad.”

As volunteers and law enforcement were searching for Eckles, Linn says someone saw another man driving Eckles' Toyota FJ Cruiser.

“As I was coming up one of our teams was up on the mountain and encountered someone else driving Ian’s truck.”

“It goes from switching this whole mentality of, what you’re looking for. It also changes the possible outcomes. So it was kind of devastating,” Linn said.

The Kittitas County Sheriff's Office is launching a multi-agency search by air and by land, and is asking the public to stay out of the area.

According to the Kittitas County Sheriff’s Office the suspect is believed to be a Hispanic or Native American male, 20s to mid-30s. He’s described as heavy set, with a chubby face, round nose, and short cropped black hair.

If you have any information you are asked to contact investigators Sheriff Clay Myers, 509-925-8534 or by email at clay.myers@co.kittitas.wa.us.