WSP said the employees who were let go include one captain, 67 troopers, six sergeants and 53 civil servants. 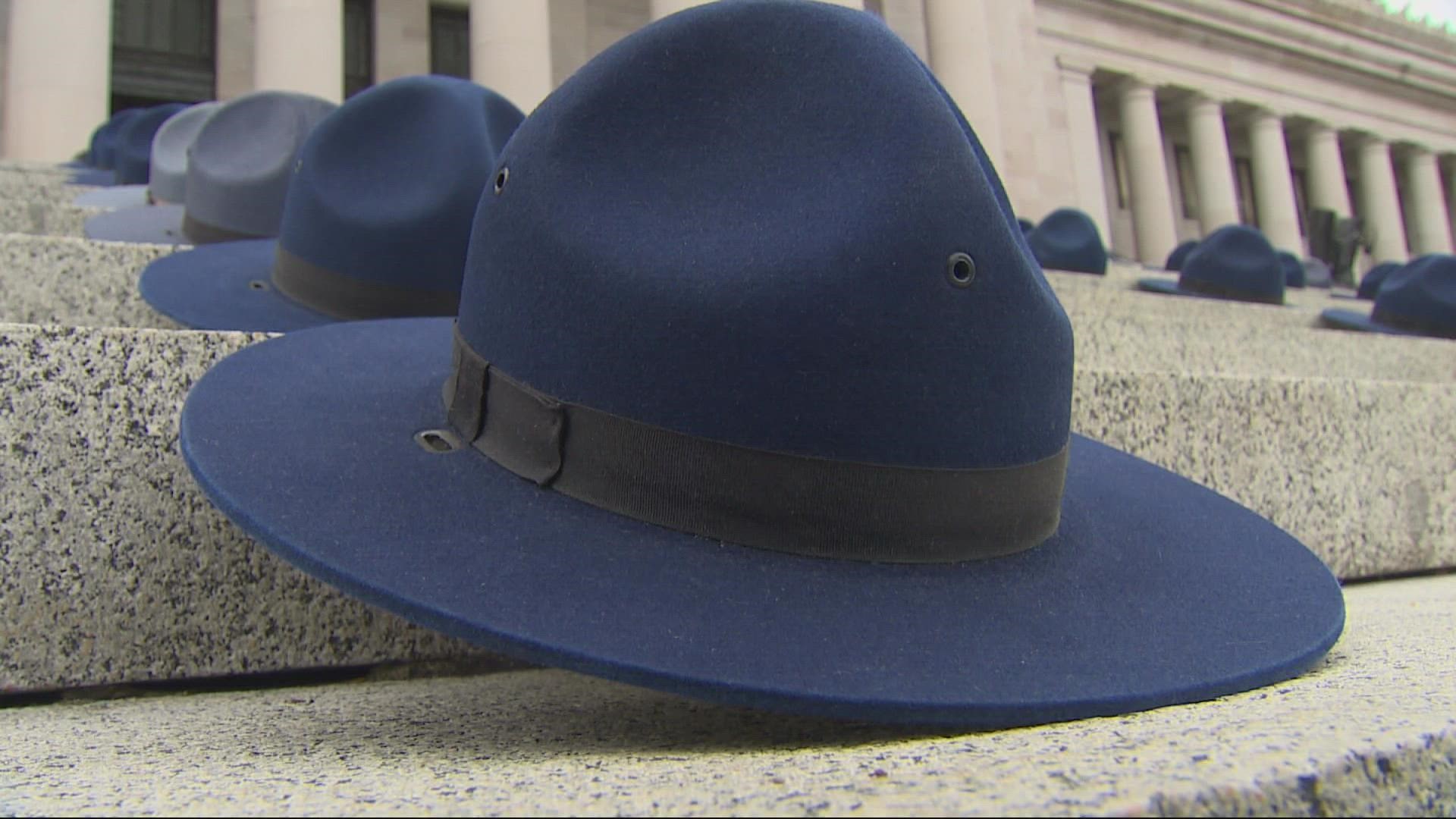 OLYMPIA, Wash. — A total of 127 Washington State Patrol (WSP) employees were let go on Monday due to the state's COVID-19 vaccine mandate. That's out of about 2,200 total WSP personnel spread across Washington.

WSP gave the update in a news release Tuesday morning following the vaccine mandate deadline on Oct. 18. Under the mandate, state employees, school staff and health care workers were required to get fully vaccinated against COVID-19 or receive an approved medical or religious exemption or risk losing their jobs.

Out of the 127 WSP employees who were let go, WSP said one person was a captain, 67 were troopers, six were sergeants and 53 were civil servants.

“These were not disciplinary terminations in any way.  These were folks who took a principled stand from their perspective and just could not live with the vaccine mandate,” said WSP spokesperson Chris Loftis.

Bill Jordan was fired from his job on Monday.

“I'm gonna miss everyone in that building, best people in the world," said Jordan, who was assigned to District 5 in southwest Washington.

“I honestly am scared. I don't know it's daunting it's staggering to me,” said Richard Thompson. Thompson was fired from his job as a WSP sergeant in District 5 on Monday.

He said the number of jobs lost over the vaccine mandate is higher than the state is acknowledging, with others quitting or retiring because of the mandate over the past few months. Loftis said the agency will continue to break down the data and be transparent.

Loftis said roughly 440 WSP employees applied for exemptions and about 400 were granted. But the agency found accommodations for only 40 to keep their jobs.

Until more troopers are trained and hired, WSP said adjustments will be made to make sure the whole state is covered.

"We will miss everyone one of them," said WSP Chief John R. Batiste in the news release. "I extend a hardy thanks to those who are leaving the agency. I truly wish that you were staying with us. You have my utmost appreciation for the hard and successful work that you have provided during your valued WSP careers."

Batiste said the agency will gauge the impact of the change in employment, move resources where necessary and look to fill vacancies as soon as possible.

Oregon State Police (OSP) released data about the vaccination rate among its employees on Tuesday. OSP said 78% of the 1,267 employees are fully vaccinated. Four employees resigned over the mandate, including two professional staff and two sworn-in members. There are approximately 89 exemptions under review and OSP has not said whether they will be approved or not.