The DA's office is using federal grant money to hire a detective to look at cold homicide cases. 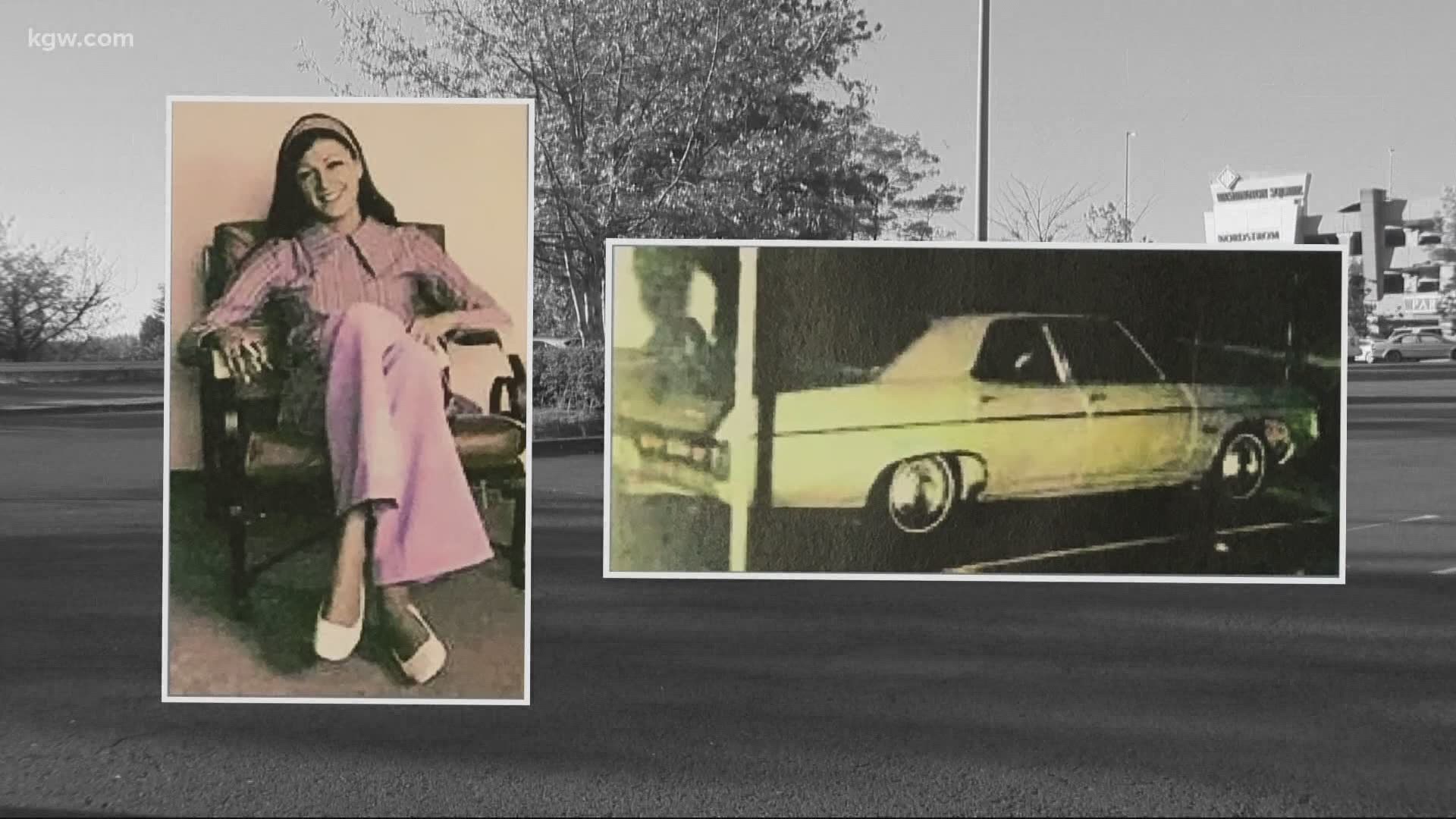 HILLSBORO, Ore. — The date was Oct. 17, 1975. Camille Foss was found shot to death inside her car parked in the southwest corner of Washington Square's parking lot. Her sister, Adele Bostwick, remembers it like it was yesterday.

"I can recount everything that happened that night," said Bostwick. "It was filled with horror and terror and anger and sadness."

At the time of her death, Foss worked at Sears. She left work to deposit some checks at the bank, but somebody killed her before she arrived. The case is unsolved.

Credit: Washington Co. DIstrict Attorney's Office
Camille Foss was on her way to deposit checks at the bank when she was killed.

"It's very disconcerting and sometimes I feel like we've deserted her because we don't know what happened," said Bostwick.

For the first time in a long time, Bostwick is feeling a sense of renewed hope. The Washington County District Attorney's Office received a $470,000 grant from the U.S Department of Justice's Bureau of Justice Assistance.

"I believe it's incredibly important for families and the victim," said Washington County DA Kevin Barton.

Barton says the grant money allows his office to hire a detective to look at the county's more than 15 cold homicide cases where there is DNA that may link to a suspect. The detective will also look at sexual assault cases with DNA evidence.

"I would never say we can solve a particular case because I wouldn't want to promise something we can't deliver," said Barton. "But I'll say I'm certain something will come out of this effort."

Bostwick sure hopes so. Foss' murder is about to get a fresh pair of eyes on it.

Not much can top it, other than news of an arrest in the decades-old case.

"This person didn't just kill my sister," said Bostwick. "It eventually killed my mother and father, too."