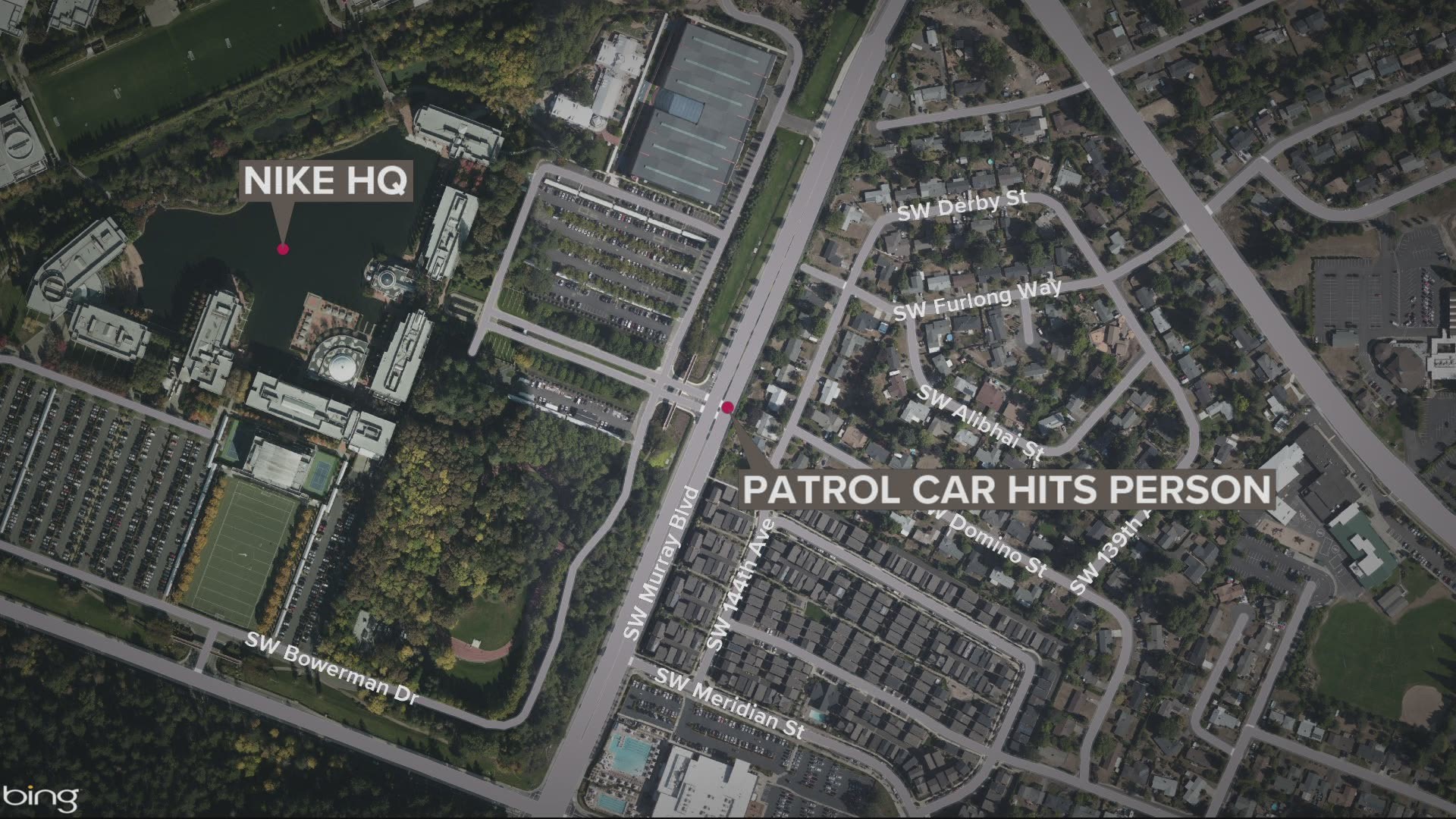 BEAVERTON, Ore. — A pedestrian was hit and killed by an on-duty Washington County Sheriff's Office deputy in his patrol car on April 15 in Beaverton.

The Washington County Sheriff's Office (WCSO) identified the deputy as Mark Shah. The sheriff's office said Deputy Shah was hired by WCSO in 2008.

WCSO reported that the crash happened at 1:53 a.m. in the intersection of Southwest Murray Boulevard and Bowerman Drive, near the Nike World Headquarters campus.

Deputy Shah was driving south in his patrol car on Murray Boulevard when he hit the man near the intersection of Bowerman Drive. Shah and responding officers and paramedics tried to save the pedestrian's life but he died at the scene.

Initial findings of the investigation indicate that Shah wasn't speeding and that the light was green when he drove through the intersection, WCSO reported.

Shah has been placed on administrative leave during the investigation, which is standard procedure.

The crash will be investigated by members of the Crash Analysis and Reconstruction Team, a multi-agency team of officers from local police departments and the WCSO. The lead investigator for the case is a Beaverton Police Department detective.