Wash. deputy gets 5-day suspension for pulling gun on motorcyclist

In video footage, the deputy does not initially show a badge or identify himself as with the King County Sheriff's Office. 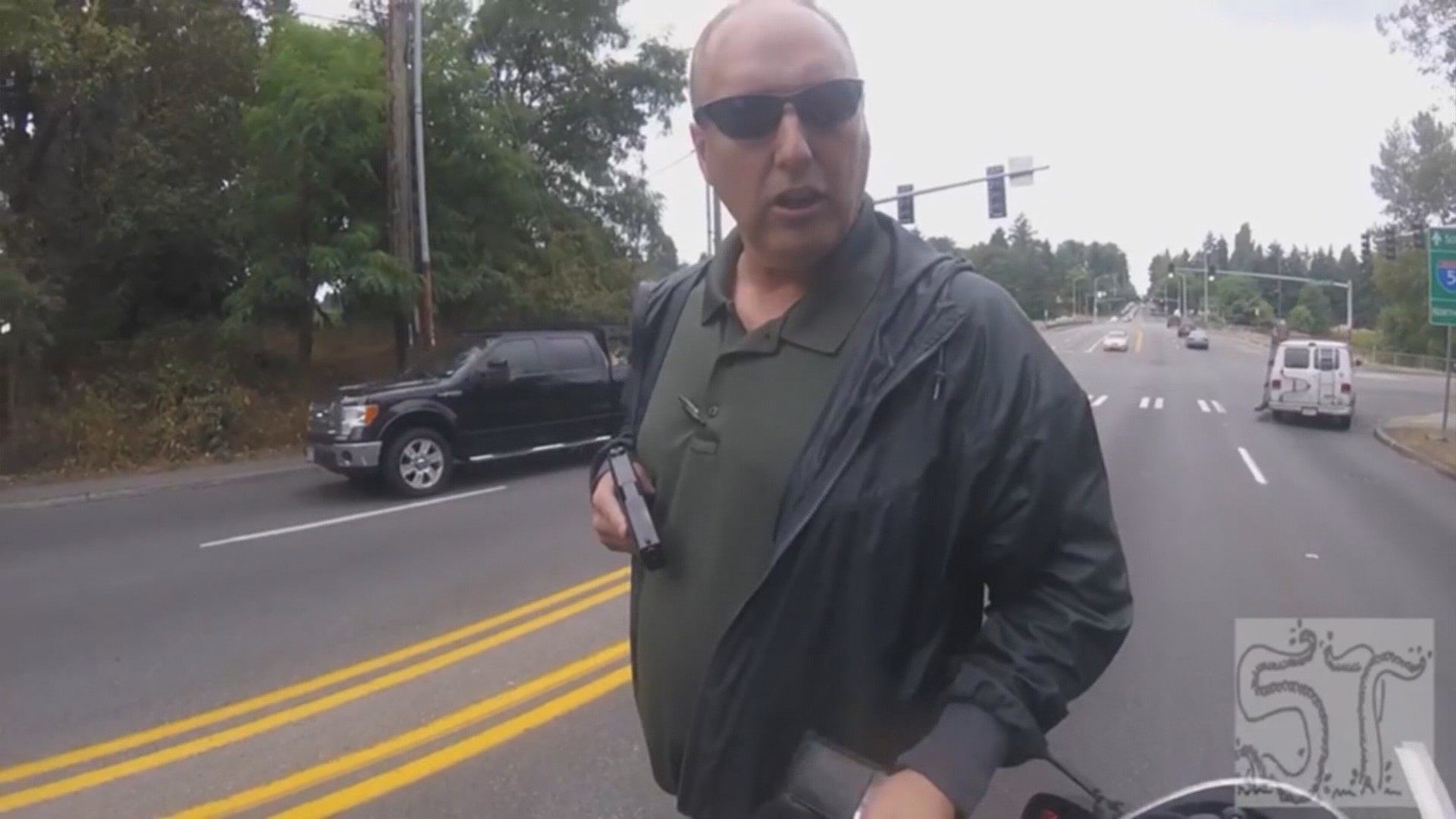 A plainclothes King County Sheriff's Office detective who pulled his gun on a motorcyclist during a traffic confrontation will be suspended for five days without pay, Sheriff Mitzi Johanknecht announced Monday.

Alex Randall was recording on a helmet camera last August when he was approached by Detective Richard Rowe. Randall says the deputy pulled a gun on him while he was in traffic and that he feared for his life. He believes the deputy lied during the investigation and wants to see him fired.

"Let me first say that I am disappointed in Detective Rowe's behavior, and that it isn't acceptable and Detective Rowe, in his latter meeting with me, admitted to that. He is apologetic for his behavior and believes that he was wrong in using that behavior," Johanknecht said Monday.

The five-day suspension is just half the punishment of what the sheriff's own internal investigators recommended. Johanknecht said Detective Rich Rowe violated the department's policy on courtesy and conduct unbecoming a deputy, but she did not believe the deputy used excessive force when he pulled out his weapon.

"He thought by movements made by Mr. Randall that he might have a firearm across the front of his waistband area, by his hands and arms reaching down," the sheriff said.

Johanknecht said in addition to the suspension, Rowe has also undergone additional training.

The incident happened before Johanknecht was elected sheriff.

The day before the announcement from the sheriff, Randall told KING 5 he was concerned that the sheriff's office would try to point the finger at him.

“The only way to defend this is basically attack me,” Randall said. “I know they're going to try and attack me because his actions are indefensible."

Randall showed up at the sheriff's office on Monday hoping to attend the press conference, but a KCSO spokesperson turned him away saying the event was only for media.

Randall has not been shy about his feelings with the process, taking to his YouTube Channel to dissect aspects of the internal investigation that recommended a 10-day suspension.

Prosecutors declined to press charges against Rowe. Randall said he asked the sheriff to contact him and discuss the investigation when it was complete but hasn't heard from anyone.

Rowe has been with the department for about 20 years,

Randall said. “If they do anything less than fire him, this is not going to be the end of it, I'm going to pursue a civil suit because that's not right."

Rowe was placed on administrative leave last August after the video surfaced that showed the deputy confronting a motorcyclist with a gun during a traffic stop.

Former King County Sheriff John Urquhart said he didn’t want Rowe on the streets until the incident was investigated. Based on the footage he saw, Urquhart said he found the video to be upsetting and the deputy’s use of force likely violated department policy.

The footage showed Randall pulling up to a stoplight. Rowe walked up to the left side of the motorcycle with a gun pulled close to his chest pointed at Randall. He does not show a badge or identify himself.

After a brief exchange, Rowe reached into Randall’s front pants pocket and took out Randall’s wallet to get his ID.

After looking at Randall’s ID, Rowe put his gun away. He identified himself as with the King County Sheriff’s Office and told Randall he could be arrested for reckless driving.

In a post at the end of the YouTube video, Randall claimed he was not traveling 100 miles per hour, writing that the deputy’s comment was “a fabrication and an exaggeration.”

Randall later admitted he was likely speeding just before the traffic stop, but he insisted he wasn't going 100 miles per hour. He told KING 5 in August he estimated his speed at 45 to 50 mph. But according to a transcript of an interview with the King County Prosecutor's office, Randall admitted he probably got to "seventy miles an hour or whatever."

During her press conference, Johanknecht said Randall gave conflicting statements about his driving behavior before he was pulled over.

Rowe is a detective with the Woodinville Police Department, which contracts with the King County Sheriff’s Office. He has been with the department for 19 years.