Volunteers with SOLVE help clean up trash in North Portland

So far in 2021, volunteers with the Portland nonprofit have collected 68,347 pounds of trash in Oregon. 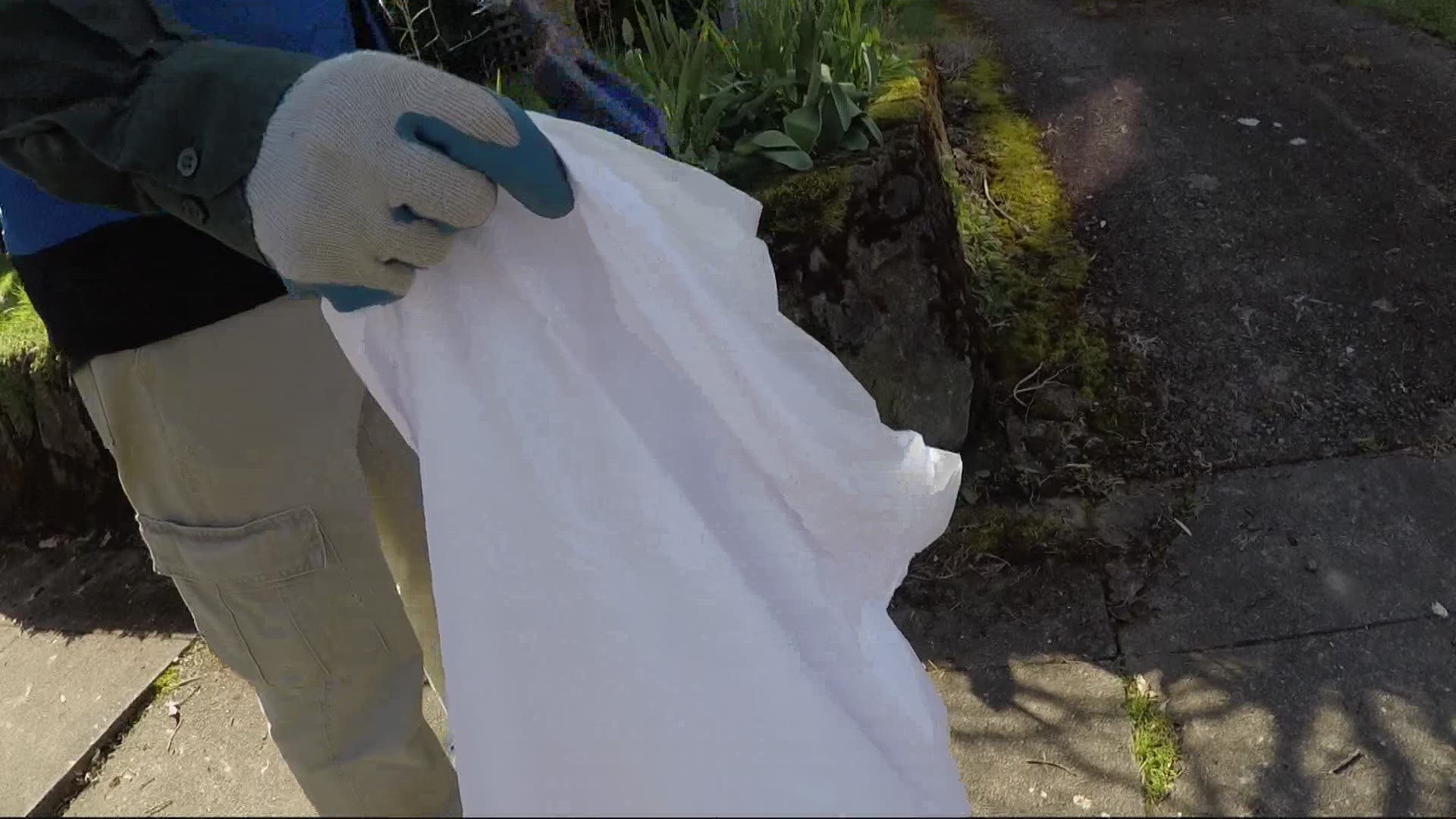 "I've just been seeing a lot of garbage and wanted to pick up some trash. Give back a little bit," said volunteer Kathleen Meyer.

Detrash Portland volunteers help pick up litter throughout Portland each week. SOLVE provides them with trash bags and cleanup supplies during the couple hours they spend walking the sidewalks collecting garbage.

"We're seeing a lot of people that are really excited to be going out and make a positive impact," said Dan Daly, a SOLVE program coordinator. "Portland has seen a huge spike in litter during the pandemic, and people are really ready to reinvigorate this town, reinvigorate this place that we live in."

In the first three months of 2021, the Portland-based nonprofit has collected 68,347 pounds of trash throughout Oregon. That's about on par with 2019, when volunteers collected 287,175 pounds of trash. Last year, SOLVE cleanups were put on hold until June because of the pandemic.

Daly knows that after cleaning any neighborhood, he'll be back again to pick up more litter in the same area.

"We are making an impact and I do think you have to go back to the same neighborhoods, because the source of the problem has continued," he said. "It's not like the litter is magically going away permanently once we pick it up."

Volunteer Peter Mart said he has been helping out since June, and said it's amazing how much trash is on the street.

"The other crazy thing is just how much one person can do. If you spend three hours, an entire trash bag is full. If you go once a week, it's all kind of nuts one can pick up."

On April 22, Earth Day, SOLVE is organizing a massive cleanup across the state, with nearly 100 volunteer opportunities, including close to 70 beach cleanups along the coast.

Learn more and sign up to volunteer at solveoregon.org