The family of Robert Delgado is calling for Oregon's attorney general to appoint a special prosecutor to investigate the shooting. 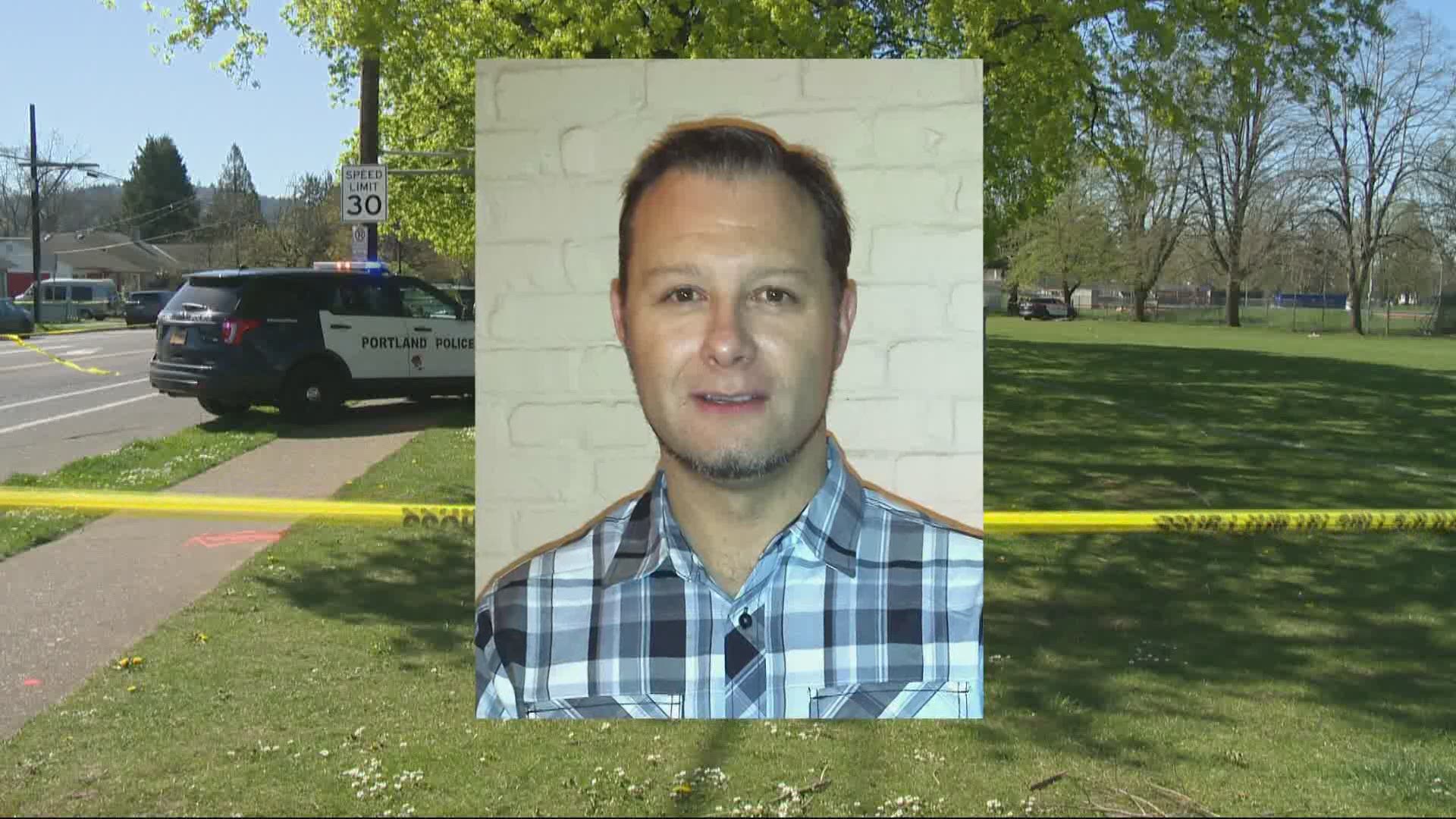 PORTLAND, Ore. — A vigil was held at Lents Park in Southeast Portland Friday evening for the man who was shot and killed by police there last week.

Delgado's children addressed the crowd that gathered, sharing fond memories of their father and talking about his struggle with mental illness.

The day of the vigil, Robert Delgado's family told reporters that the 46-year-old was having a mental health crisis when he was killed, and they don't believe police handled it appropriately.

"Above all he was a human, regardless of his situation at the time. That doesn't make him less human then, now or ever," said Madison Scott, Delgado's oldest daughter. "The way that he ended up leaving this world is egregious, and so accountability is so important right now."

On April 16, the Portland Police Bureau (PPB) was called to the park off Southeast 92nd and Holgate for a report of a man waving a gun.

According to audio from dispatchers, the first officers to arrive said they believed Delgado's hands were empty, and he was "non-compliant." Another officer said he thought there was a gun in Delgado's back pocket. A witness captured part of the confrontation on video.

Four minutes after officers arrived, police shot Delgado. A replica handgun was recovered from the scene, but it's unclear if Delgado was holding it at the time of the shooting.

The lawyer representing Delgado's family said the shooting was the latest example of Portland police mishandling someone in a mental health crisis.

"What we have seen from the videos and witness statements is deeply disturbing and alarming," said attorney J. Ashlee Albies. "We see that Robert is clearly having a mental health crisis, he's clearly struggling to keep his composure. We hear the way police were responding and directing orders at Robert in the moments he was in crisis."

The U.S. Department of Justice (DOJ) has been investigating PPB's use of force in the cases of people with mental illness since 2011, following the police shooting death of Aaron Campbell.

The DOJ found the PPB had deficiencies in policy, training and officer accountability.

The Delgado family is now asking Oregon Governor Kate Brown and Attorney General Ellen Rosenblum to appoint a special prosecutor to do an independent investigation and prosecute this case.

The PPB is doing an internal review of the incident and the case will go to the Police Review Board, which includes both police and community members.