The two horses involved in an I-5 accident are on the road to recovery but vet bills are mounting. 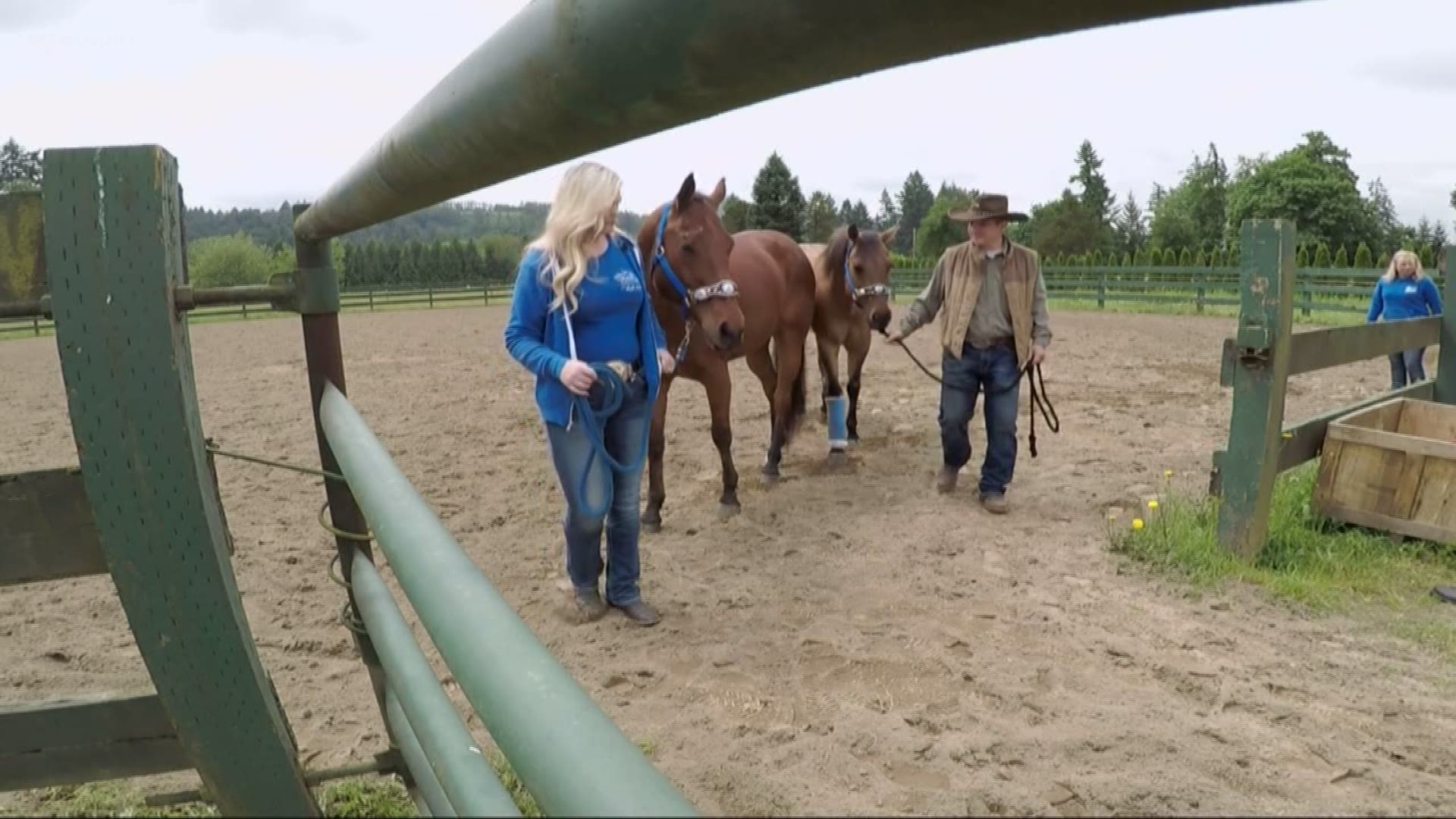 WOODLAND, Washington — Veterinary bills are piling up after two horses were injured when the trailer they were being transported in rolled last week. It happened Tuesday, May 21 on Interstate 5 near Ridgefield, WA.

One of the horse’s owners is struggling to pay for the care the horses need. Making matters worse, he tells KGW that he believes a hit and run driver may have caused the crash.

Now, Brian Ellis is asking the public for help to cover the expensive veterinary bills his insurance will not cover through a GoFundMe account. He is also asking if anyone saw the crash to come forward.

There is a special connection between a horse and its rider. That is why Ellis and Sharon Kent, owners of the two injured horses, want answers about what happened on the road Tuesday.

“There is a connection to your animal like no other. They’re like your kids,” Sharon Kent said.

Kent is the proud owner of a 19-year-old quarter horse named Nashota. When she got a phone call Tuesday that he was in a rollover crash, she was in shock.

“That's a phone call no horse owner wants to get. It's terrifying, that I wasn't there to lay my hands on him and know that he was okay,” Kent said.

Ellis was hauling Nashota and his horse Dozer to an equestrian drill team practice Tuesday evening, but before they could get there the trailer started to sway.

“Immediately looking in my mirrors and saw that the horse trailer was going from side to side, very violently,” Ellis said. “And with a Super Duty, that doesn’t just happen with a small horse trailer.”

Ellis says he hit the guardrail, flipping the truck on its top. He tells KGW the trailer broke free and continued down the road before tipping on its side.

Ellis has been hauling horse trailers for decades and in this case, everything worked the way it should have, he said. If it hadn’t he worries he and the horses would not have made it out alive.

“The stars were aligned to get these guys taken care of. If any one thing would have gone differently would have had a completely different outcome,” Ellis said. “I can't explain the relief that I felt when I walked up to the trailer and looked and the first thing I saw was a nose poking through on each side.”

Ellis walked away with only some scrapes and a sore back. Nashota and Dozer were not as lucky.

Nashota was pretty banged up and received stitches in his foot. He is on the road to recovery.

Dozer, however, faces a long process of healing. Along with cuts and concern over internal injuries, Dozer suffered a degloving injury to his right cannon. That means he was cut so deep on his shin that the skin peeled away leaving the bone exposed.

Dozer faces at least six months of recovery. With this type of injury, it will take another year or two before Ellis knows the true impact of the wound. Right now, he does not know if he’ll ever be able to ride Dozer again.

“He's in a lot of pain, but he's on some really good horse pain killers,” Ellis said.

Veterinary bills have cost Ellis upwards of $3,000 in just the past week. It is a cost that will only continue to rise with future vet visits and treatment.

While he says insurance covers the damage done to the truck and trailer, the horses are not.

Complicating matters, Ellis tells KGW he found witnesses on social media who say the rollover may have been caused by a hit and run driver clipping the end of this trailer.

Ellis has been in contact with at least three different witnesses who believe a car was involved. One driver told him they saw a car on his tail prior to the incident who pulled over when the crash happened, but then drove off.

“That's the big push right now is to get that information on the hit and run driver,” he said.

If you were a witness to the trailer rollover Tuesday and/or have information that will help Ellis and police piece together what caused the crash contact Washington State Patrol.

Ellis and Kent want other drivers to know the importance of proper trailer hauling procedures and warn drivers never to follow a trailer too closely.

“Don't crowd, we need room. We have precious cargo in there and we regard them just like our children. They're a precious life to us,” Kent said.

The most important thing for Ellis right now remains the health of the horses. He has set up a GoFundMe account. As of Monday evening, he had raised just over $1,000, but that’s only a fraction of the costs veterinary care has already racked up.