VERIFY: Are the public health warning signs about 5G real?

It's the fifth generation of wireless technology, and it will be more than 20 times faster than 4G. 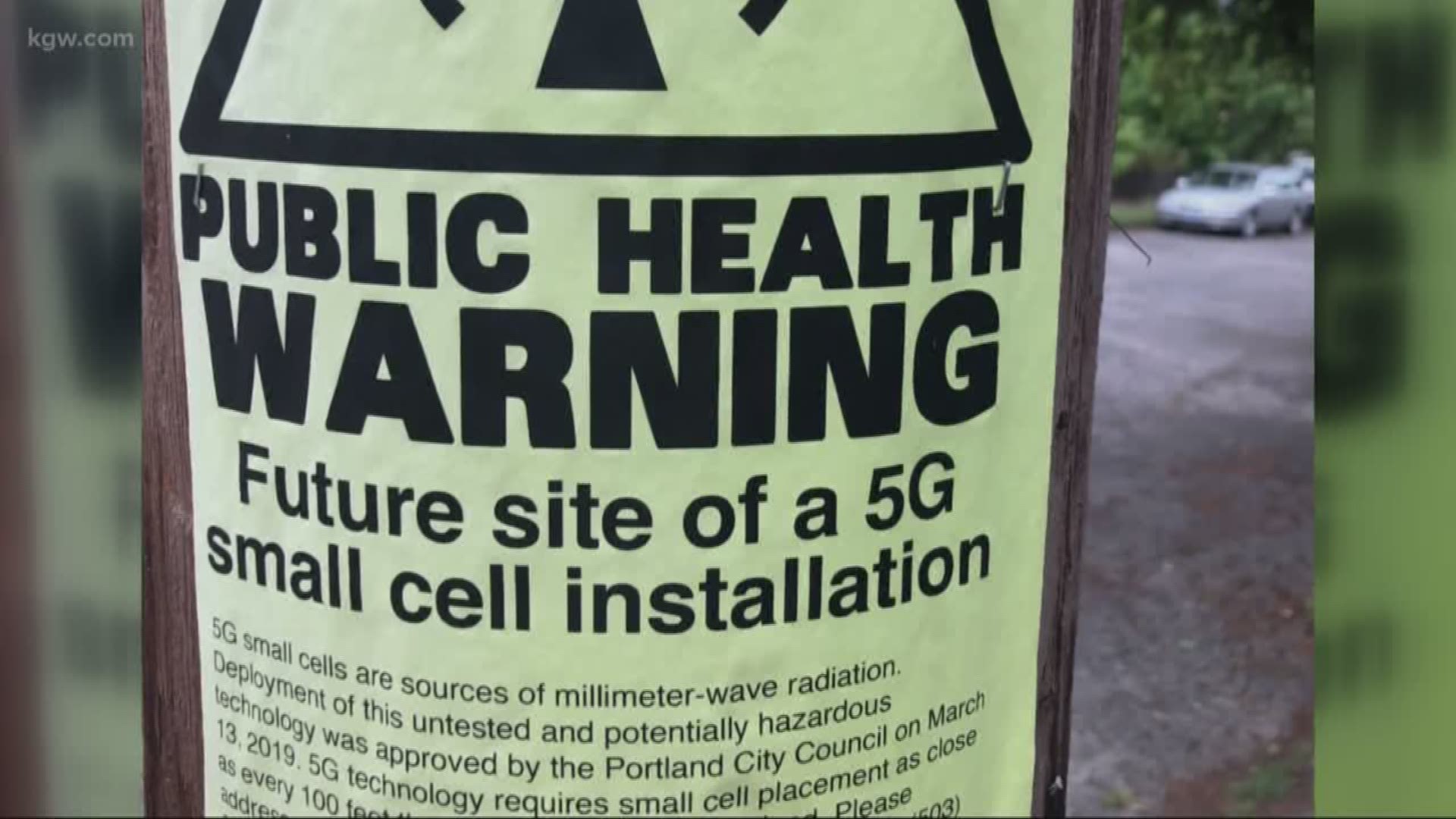 PORTLAND, Ore. — Bright yellow "public health warning" signs about 5G have been spotted throughout Portland the past few weeks, so we set out to Verify: Are these signs real?

First, lets explain what 5G is (and keep it simple!).

It's the fifth generation of wireless technology, and it will be more than 20 times faster than 4G.

Right now, cellphone carriers are fighting for deployments in cities throughout the US. Manufacturers are slowly rolling out cellphones with 5G capabilities, but 5G likely won't be in wide usage until 2020 at the earliest, according to PC Mag.

These public health warnings were spotted in Southeast Portland, and they urge residents to call the mayor and city council about 5G, calling the technology "potentially hazardous."

KGW News has contacted Portland Mayor Ted Wheeler's office, the Oregon Health Authority and the City of Portland's Office of Management and Finance. The poster doesn't appear to have come from them; they say official city-sanctioned messages will at the very least feature the city's seal.

According to a recent article from the New York Times, Russian TV network RT has been putting out anti-5G segments, alleging 5G leads to brain cancer, infertility, autism and even Alzheimer's disease -- but there is no scientific evidence to back up those claims.

“5G emissions, if anything, should be safer than previous generations,” Dr. Marvin C. Ziskin, a medical doctor and emeritus professor of radiology and medical physics at the Temple University School of Medicine, told the Times.

According to Mayor Ted Wheeler's Office, the city is not planning to specifically install 5G towers.

According to an email:

There is no 5G installation. The installation would be for wireless sites in the right of way, including small cells. Small cells are equipment that help to ensure connectivity and increase network capacity. There is an ordinance that city council will vote on June 5th to grant a franchise to AT&T to continue using the right of way to provide telecommunication services in the City of Portland.

The City of Portland already conducted a pilot program in which telecommunication companies were able to pay for the opportunity to install small cells in the city’s right of way so there were about 60 approved and approx. 30-40 smalls cells are installed in the city’s right of way so far. The franchise with AT&T would allow for more sites in the right of way though they have prepaid for 150 sites ($1250 per year per small cell wireless facility and $750 per year per city-owned pole attachment). These small cells are not currently using 5th Generation (5G) technology. Most cell phones use 3G or 4G technology right now.

We can Verify: These public warning signs did not come from an official government source, and they are not official health warnings.

We can also Verify, according to the Mayor's Office, the small cell wireless sites will not be using 5G technology.