VERIFY: What's the latest on the vaping epidemic?

As of September 10, 2019, six people have died in six states from vaping-related illnesses. More than 450 others have gotten sick. 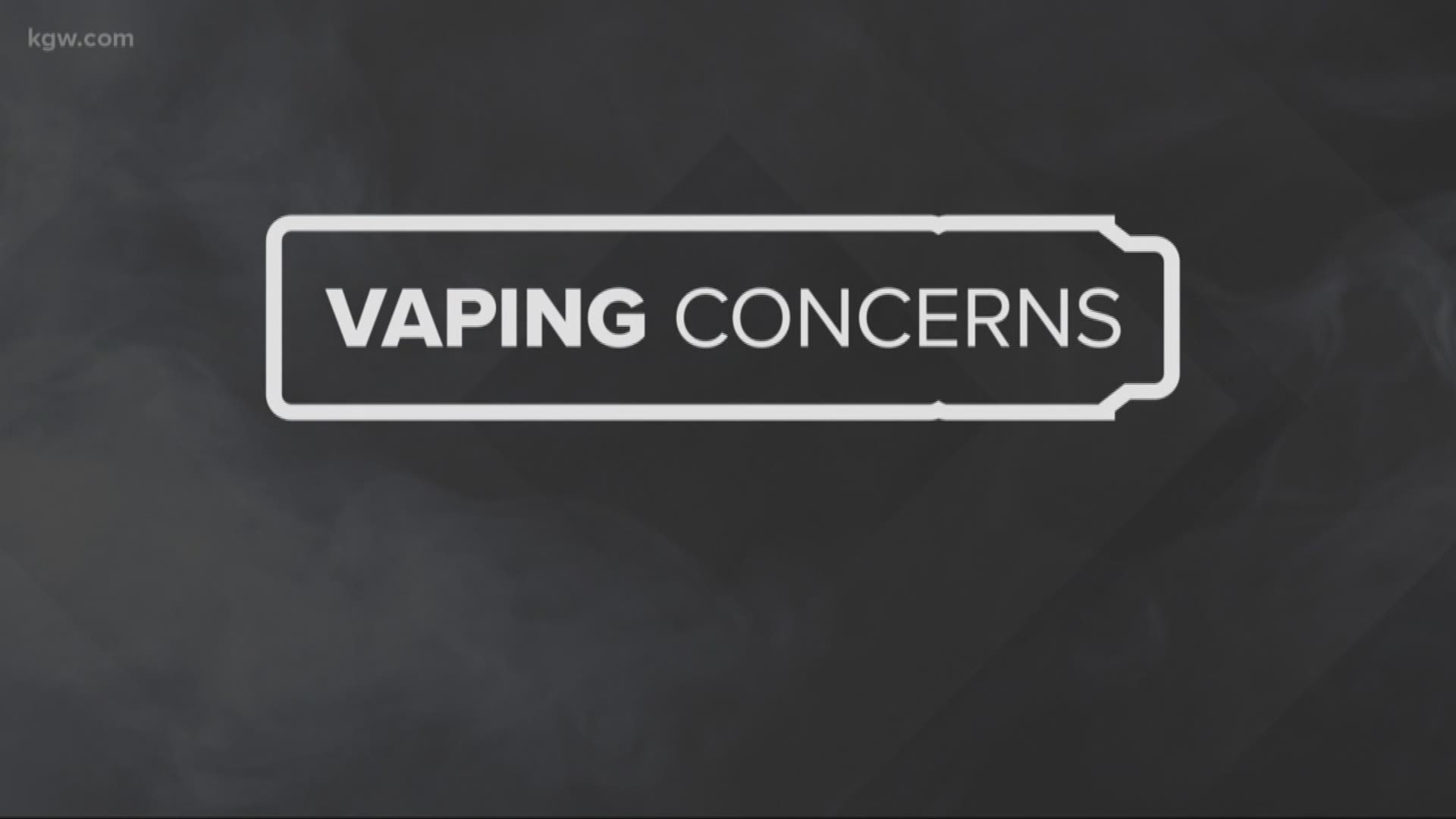 PORTLAND, Ore. — As the vaping epidemic leads to more illnesses and deaths nationwide, we wanted to Verify what we know so far about the epidemic -- and what we don't.

For this story, our sources are the Oregon Health Authority, Centers for Disease Control and the Federal Drug Administration.

As of September 10, 2019, six people have died in six separate states from vaping-related illnesses. More than 450 others have gotten sick.

The deaths in Oregon, Minnesota and California were connected to the individual using THC products, but health officials in the other states won't comment on the specifics of their cases.

RELATED: Portland man shares warning about vaping after being hospitalized

Investigators have been testing both nicotine and THC cartridges and have found Vitamin E acetate in most THC samples. According to the FDA, the oil is used to thicken the solution in some black market products. Though it's approved to consume or put on your skin, it can be deadly if it's breathed in.

Three companies that sell vaping additives made from vitamin E acetate have been subpoenaed in New York.

In states where marijuana is legal, like Oregon, products sold in dispensaries are strictly regulated in the first place.

The person who died in Oregon from a vaping-related illness had consumed THC products he bought from an OLCC-licensed dispensary.

The OHA hasn't released any further details on what product the individual was using, or where they bought it.

Do you have something for us to verify? Email us at verify@kgw.com.