Portland police said it made three arrests after a group of people made their way down SE Hawthorne, breaking windows and spray painting graffiti. 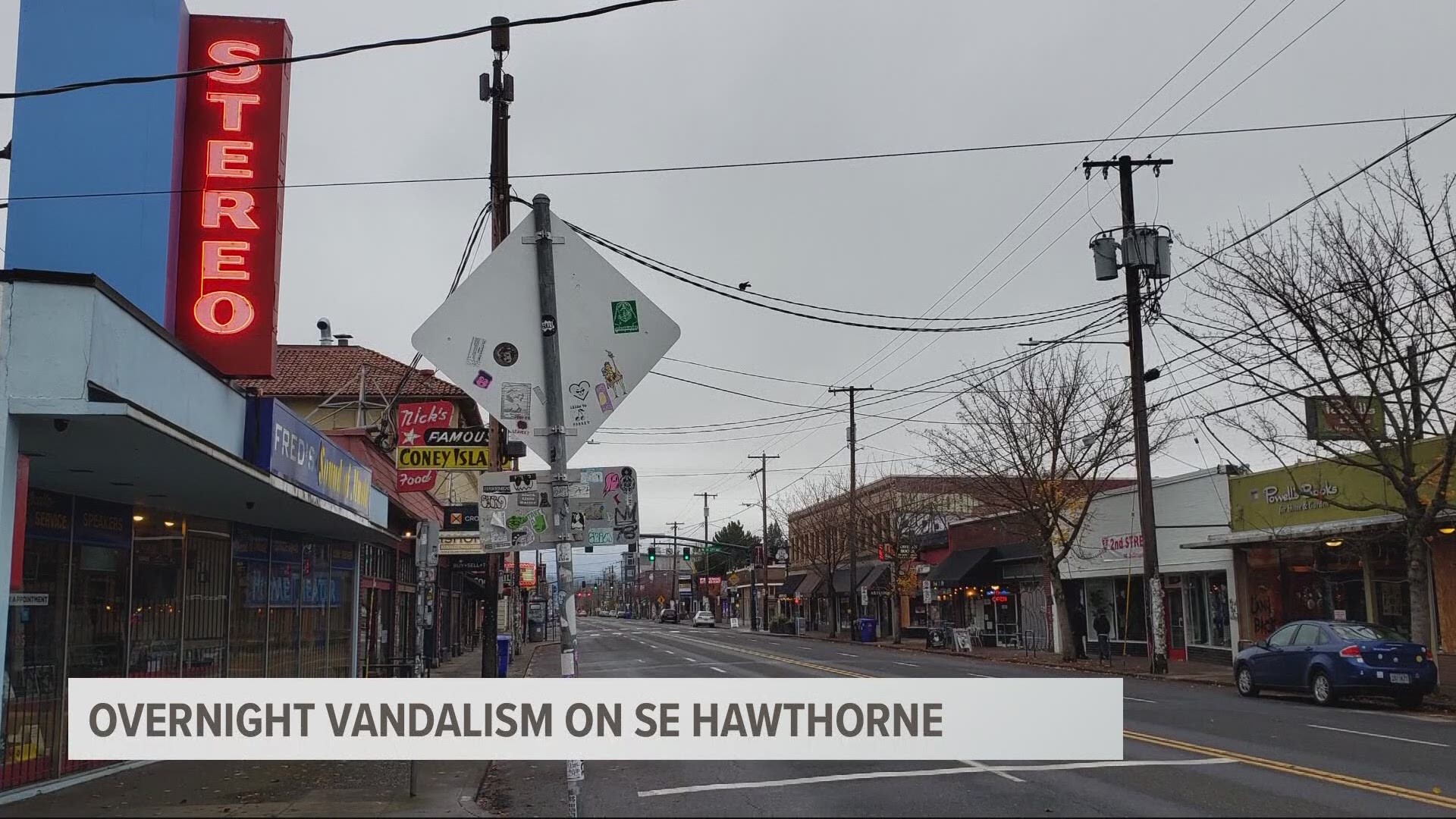 PORTLAND, Ore. — As the sun came up on Thursday over Southeast Hawthorne, it revealed a trail of broken windows and graffiti.

“As I'm driving down Hawthorne today I saw, I don't know how far it goes, but pretty much every building on the south side of Hawthorne has graffiti,” said Meghan Campbell.

Portland police say a group of people went from business to business smashing windows and spray painting messages with their thoughts of the Thanksgiving holiday.

“It's about not celebrating stolen land and really ending this holiday,” said Campbell, observing the graffiti. She doesn’t endorse the vandalism, but to her, it reflects what’s going on in society.

“What I see is a representation of, sort of, where we're at right now. We're sort of at this place where there's a real paradigm switch whether we like it or not,” she said.

Curtis Bowen lives nearby. He was trying to get some cash out of the ATM at Wells Fargo when he saw the state of the street.

“Oh my gosh, I just tried to get into my bank and you’ve got to look through the bank, just to push the buttons. There's so much paint, everywhere and I don't understand what it's about,” Bowen said.

Three adults were arrested in connection with the vandalism and police say, according to witnesses, it’s likely more people were involved. Despite the destruction, Campbell isn’t worried about her safety.

“I don't find it threatening, or frightening in any way. I've spoken to people who do, they're very scared they say, ‘Oh my gosh what's it like in Portland? What's it like at night when it's dark?’ I don't really feel threatened by it.”

RELATED: Quilt damaged during riot at Oregon Historical Society to be restored