Law enforcement said theft and vandalism have increased in the forest that surrounds the popular volcanic site. 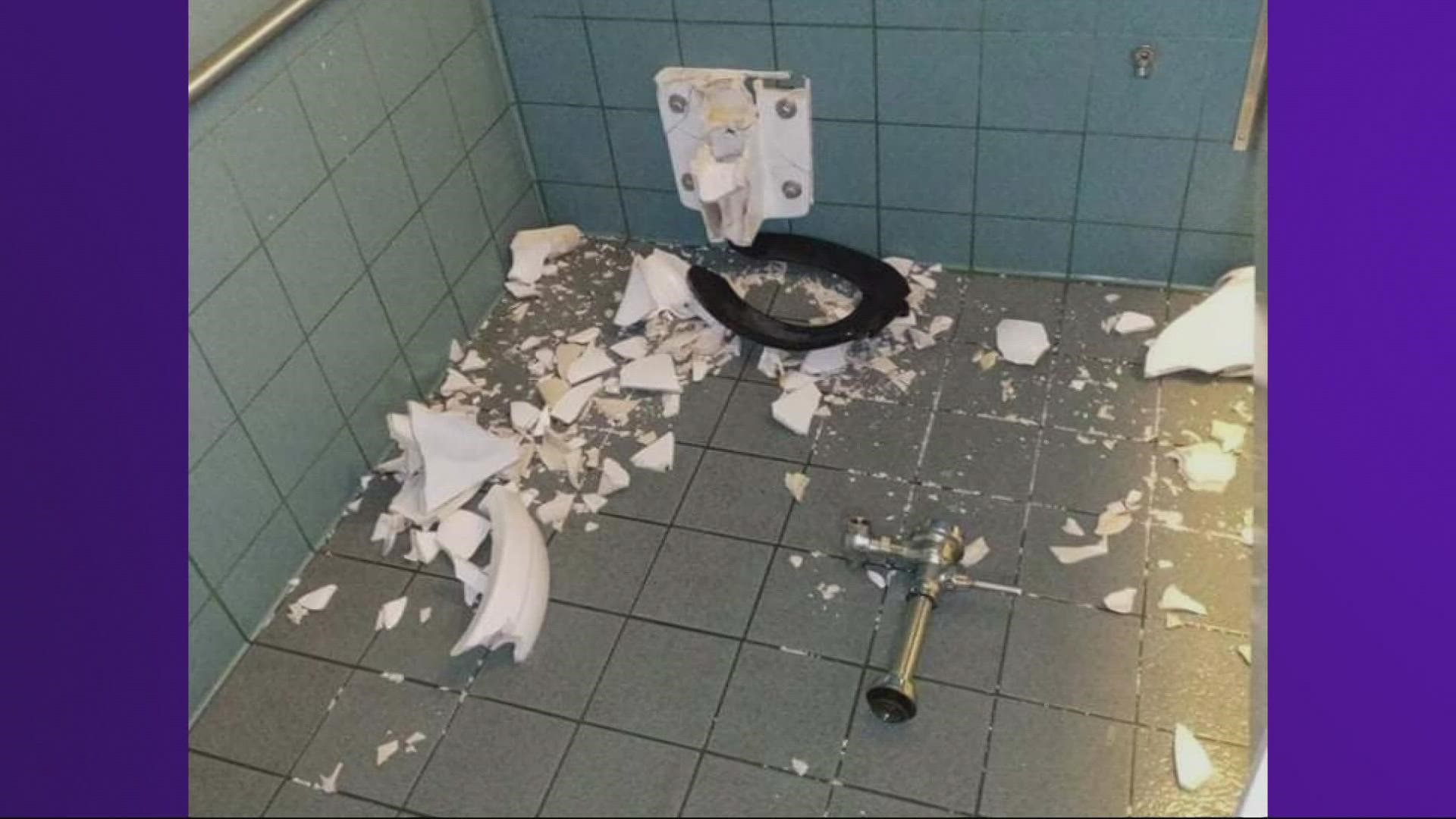 According to the U.S. Forest Service, on Oct. 9 or 10, restrooms at the Coldwater Lake Recreation Area picnic site were vandalized. Three toilets and one urinal were smashed and sink fixtures and plumbing were also damaged. The restrooms will have to remain close for the “foreseeable future.”

“It is disheartening that this vandalism has occurred,” said Mount St. Helens National Volcanic Monument Ranger Rebecca Hoffman. “It will take time before these restrooms are able to be repaired, which negatively impacts this popular recreation site. To fix the damage it will cost an estimated $10,000 or more, and unfortunately, this will divert already limited staff and funds from managing and maintaining other recreation facilities on the forest.”

RELATED: Police: Crowd causes $500K in damage to downtown Portland during memorial for activist killed in 2019

The Forest Service said this level of vandalism is a felony and under federal law, since the damage occurred at a national park, could result in a fine of up to $5,000 and/or six months in jail. In a release, the Forest Service said law enforcement in the area said that vandalism and theft in the forest have increased significantly.

Anyone who witnesses vandalism is asked to report it as soon as possible. If anyone has any information regarding the recent vandalism of the Coldwater Lake restrooms, they are asked to call the Cowlitz County Sheriff’s Office at 360-577-3098.