The 16-year-old could very well have drowned. She says someone swam out to rescue her and was then rushed to PeaceHealth Southwest Medical Center in Vancouver. 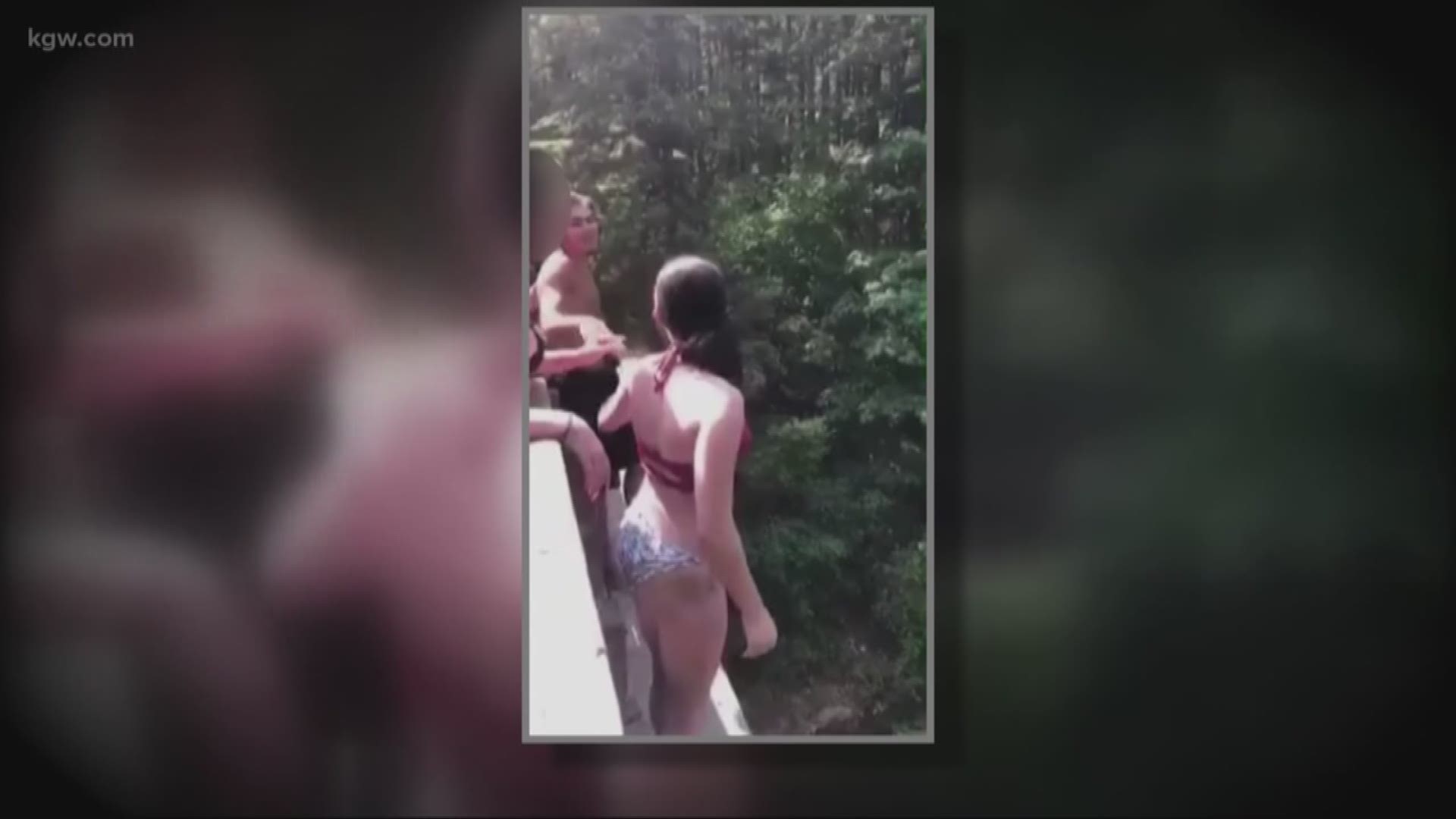 YACOLT, Wash. — The suspect who pushed her friend off a bridge into the Lewis River has been identified.

Taylor Smith, 18, is suspected of pushing Jordan Holgerson off a bridge near Moulton Falls on Aug. 7. The Clark County Sheriff's Office identified Smith as the suspect in the case.

Smith is cooperating with investigators. The case will be forwarded to the county prosecutor's office for charging. She could face criminal charges.

Holgerson is now recovering at home after the bridge fall, which caused her to plunge out of control in a five-story fall before slamming into the Lewis River.

On Tuesday, Aug. 7, Holgerson and a bunch of friends climbed up to the bridge that spans the Lewis River near Moulton Falls. Holgerson had plans to jump but then had second thoughts. That's when a friend came up from behind and pushed her. It was caught on video and went viral.

“In midair I think I might’ve blacked out,” Holgerson said. “I was awake and aware when I hit the water.”

The 16-year-old could very well have drowned. She said someone swam out to rescue her after which she was rushed to PeaceHealth Southwest Medical Center in Vancouver.

“I have five broken ribs, air bubbles in my chest and I have a punctured lung,” she said.

Holgerson's doctors said she was lucky she wasn't bleeding internally. She can't do anything active for weeks and says she won't be able to play any fall sports.

It's not uncommon for thrill seekers to jump off the bridge into the water below. A push is a different story.

“This could have been horrible she could have died,” said Holgerson's surgeon MaryClare Sarff.

Sarff says the impact from the water could have been deadly itself, let alone the nearby rocks. Clark County parks officials said that as of August 10, the jump is 54 feet into 17 feet of water.

“When you fall three times your height, 50 percent of people will die,” said Sarff.

Holgerson says her friend has since apologized but she said sorry doesn't cut it. Holgerson said she would be choosing her friends "more carefully" from now on.

“It could’ve ended a lot worse,” Holgerson said. "If you're up that high, just make sure you know what you're doing."

Jordan Holgerson's aunt has started a GoFundMe campaign to help the family pay for medical expenses. If you'd like to donate, click here to visit the GoFundMe page. 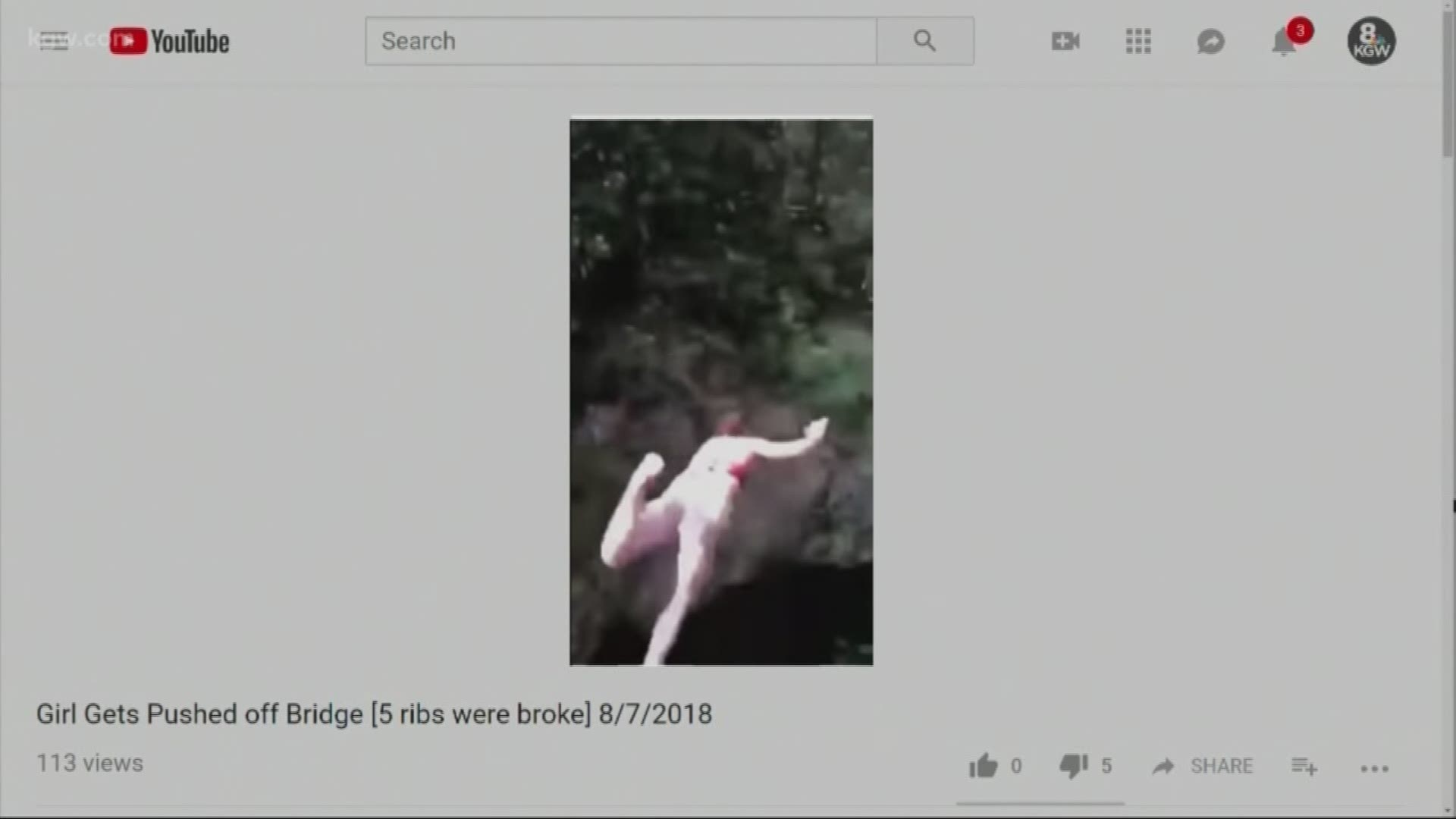