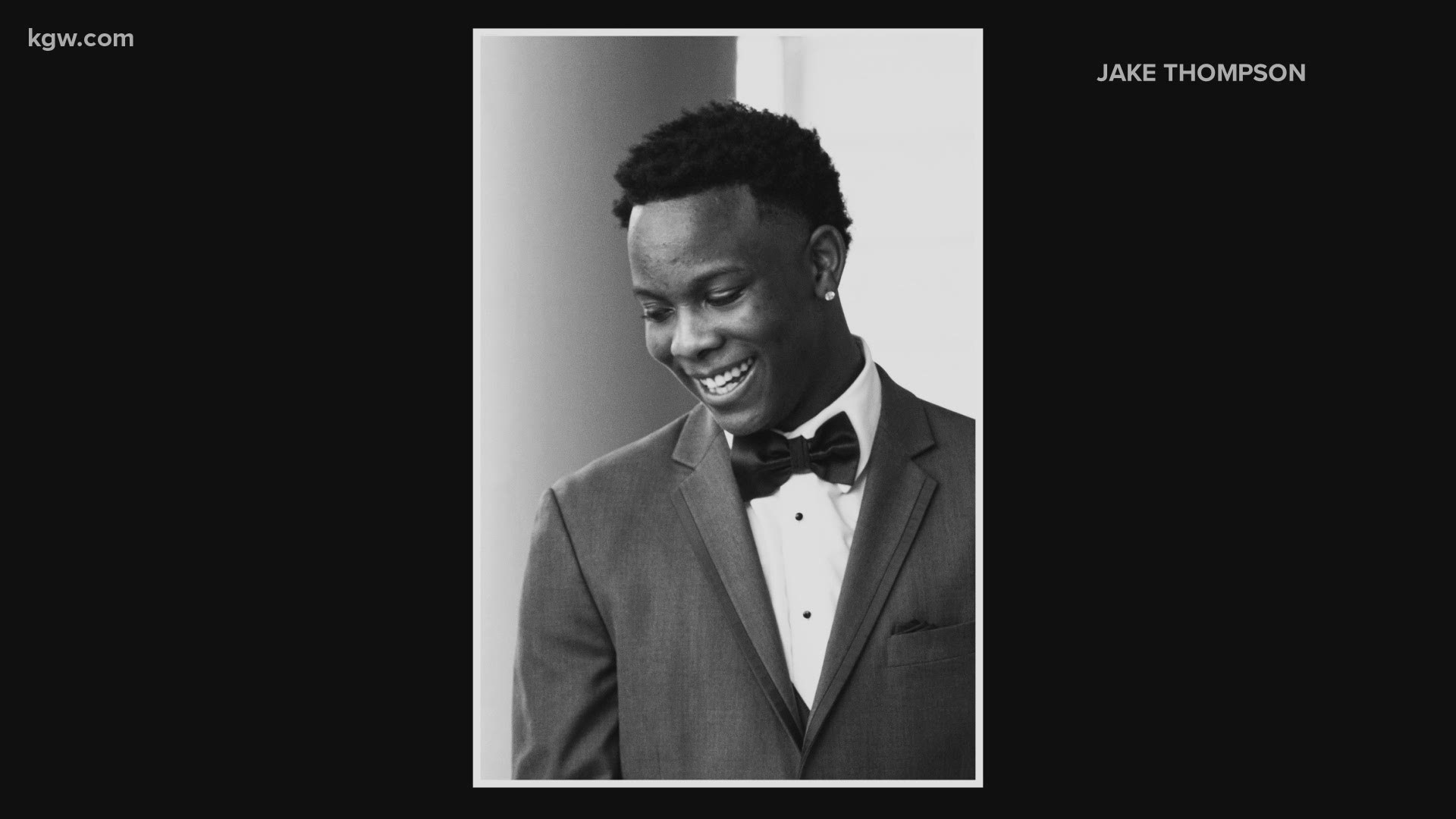 HAZEL DELL, Wash. — Hundreds of people gathered in Hazel Dell over the weekend to mourn the death of a 21-year-old Black man who was shot and killed by Clark County deputies Thursday night.

Kevin E. Peterson Jr. graduated from Union High School in 2017. The Columbian reports he was the father of a newborn daughter.

On Monday morning, the Clark County Medical Examiner's Office released information on Peterson's death. The cause of death listed by the medical examiner's office was multiple gunshot wounds and the manner of death was listed as homicide.

What happened in the moments prior to the fatal shooting of Peterson is still not clear. During a brief statement, Clark County Sheriff Chuck Atkins said Peterson was shot and killed during a foot chase and exchange of gunfire with Clark County sheriff's deputies in the parking lot.

But a news release Friday evening from the Southwest Washington Independent Investigate Response Team (SWIIRT), who is leading the investigation into the shooting, did not say Peterson fired a weapon.

According to Atkins, drug task force detectives were conducting an investigation in the area and deputies began chasing a man armed with a gun just before 6 p.m.

"The information I have is that upon entering the parking lot of a bank, the man reportedly fired his weapon at the deputies," said Atkins. "The deputies returned fire and the subject was tragically killed. It is my understanding that the man’s firearm was observed at the scene."

SWIIRT investigators confirmed Peterson was armed, and a gun was recovered at the scene, but the version of the events described in their news release differs from the sheriff's statement:

"When contacted, the man fled on foot, with officers and deputies close behind. Soon after the foot chase began, the man produced a handgun, and the officers backed off.

"A short time later, the subject encountered three Clark County Deputies who all discharged their pistols."

As of Sunday afternoon, no further details have been provided or released. Chief Fort told KGW he did not have a timeline for when more information would be released.

"I can assure you that SWIIRT investigators are aggressively working on this case, and that I will put out additional information as soon as I can," Chief Fort said.

All involved deputies were put on administrative leave and the independent investigation is ongoing. They have not been identified.

A vigil on Friday night was held in the parking lot of a U.S. Bank on Northeast Highway 99, where Peterson was shot and killed. People attending the vigil lit candles and chanted Peterson’s name as well as “Black Lives Matter.” A smaller group of counter-protesters demonstrated across the street.

Several reporters on the scene captured video of a truck appearing to drive aggressively in the direction of the crowd.

A group of armed right wing counter protestors march through the vigil pic.twitter.com/H2Vjomn3i6

The vigil ended around 9:30 p.m. Many people at the vigil walked to Esther Short Park, where they then marched through Vancouver and were met with mixed reactions, from people yelling out of their apartment buildings to shop owners coming to yell at the crowd.

The march is on the move. It took a full minute for the crowd to pass. Biggest we've had in a long time pic.twitter.com/9wQLa6vme7

At around 10:30 p.m., many vigil-goers who had been marching were met with a line of police officers blocking a bridge.

The march has been stopped as it approached a large contingent of police vehicles. pic.twitter.com/sKz6tbeabE

By 11:40 p.m. protesters had left the area of the federal courthouse in Vancouver and continued marching in the streets. Some property damage was recorded by journalists on scene, however many report that most of the crowd is marching together.

Most protestors are marching and chanting pic.twitter.com/Elypo3MpXh

The shooting in Vancouver comes during a time of heightened tensions following police shootings of Black people across the country. Protests have been happening regularly in Portland since the killing of George Floyd on Memorial Day.

On Sunday, NAACP Vancouver condemned the destruction at Friday night's protest. In a statement, they said that any non-peaceful behavior was "totally antithetical" to the NAACP's values.

"We absolutely supported a peaceful vigil recognizing the death of Kevin Peterson, empathizing with his family, and calling for a transparent and expedient investigation of the death of yet another Black person in Vancouver at the hands of local law enforcement."