Keoni Ching, 8, has raised more than $1,200, enough to pay off his school's lunch debt and then some. 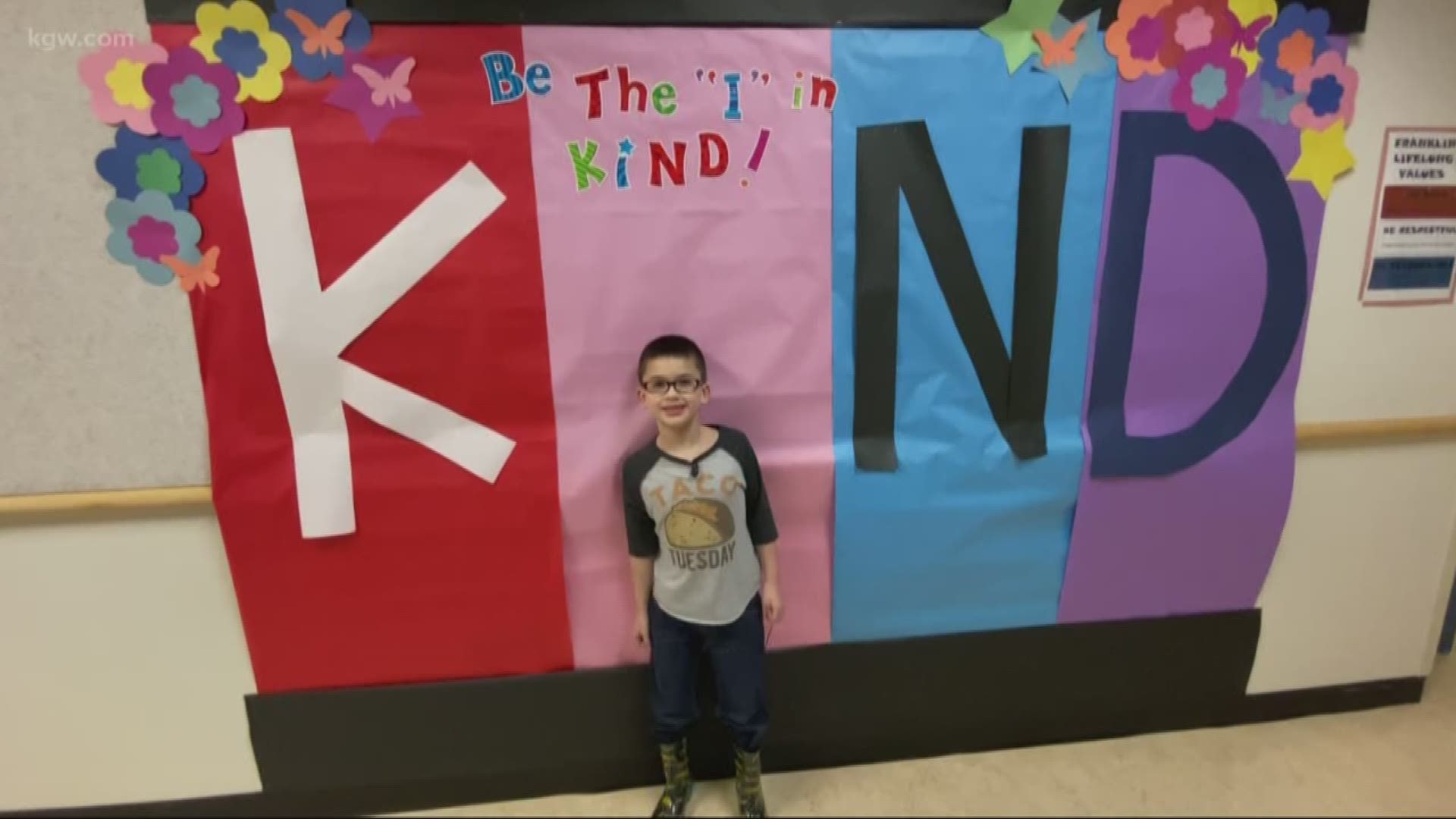 "I really wanted our kids to spread a message of kindness, I think it's really important." Dimurro said.

One student in particular has taken that message of kindness and ran with it.

"We do it every year, once a week and it's where everybody does kind things to each other," 8 year-old Keoni Ching said during lunch.

He wants to tackle an issue that parents four or five times his age can have trouble with: Paying off school lunch debt.

"Because if people don't have a packed lunch and they don't have enough lunch money, they will starve," Ching said.

In 2018, Washington Gov. Jay Inslee signed into law a bill that said no child would be denied school lunch, regardless of what their debt was, otherwise referred to as "lunch-shaming."

The debt would follow that student until graduation and then schools could go after the debt.

Ching wants to give his classmates a fresh start and has started making key chains with customized sayings or names on them for only $5.

"I know a lot of people that eat hot lunch a lot and they run out of money like I did once," Ching said.

Ching came up with the idea after hearing about former Seattle Seahawks cornerback Richard Sherman paying off lunch debts at a Tacoma and California school.

Ching has taken Kindness Week to another level.

"When people go above and beyond to do something kind to help others, I think that's the perfect example of kindness. It doesn't get any better than that," said Dimurro.

So far, he's raised enough money to pay off Franklin's debt and then some. Whatever is left over, the family says they will work with the school to evaluate the next best course of action.