There's no timeline yet for when the pilot program could begin. But city councilors have been studying programs used by other cities. 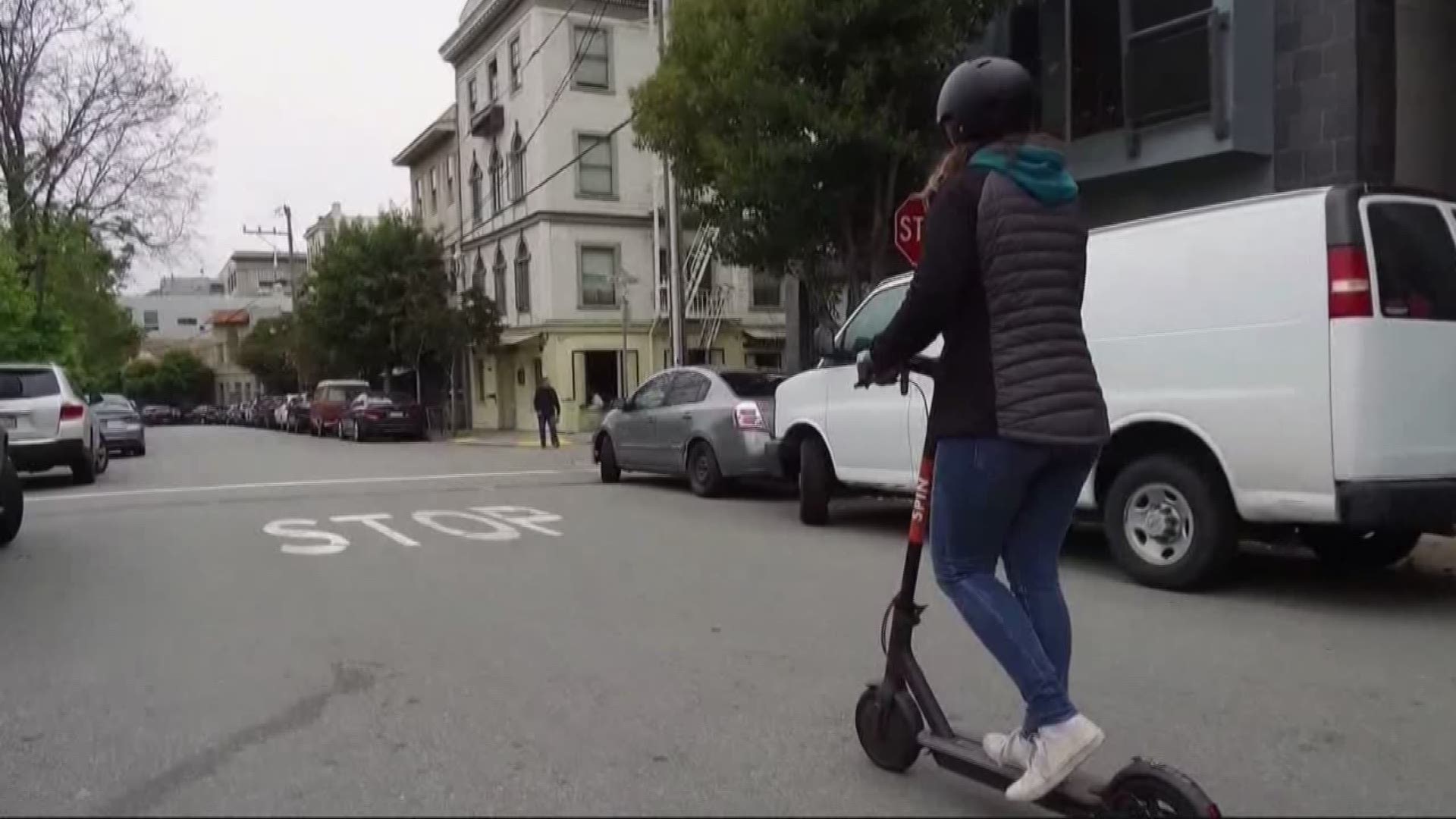 VANCOUVER, Wash. — Vancouver is looking into starting an electric scooter pilot program, although it will still be a while before you see people using the new form of transportation.

Vancouver City Council members recently took a trip to Denver, where they got the chance to try out the scooters and see how the program there operates. On Monday night, they discussed the possibility of testing an e-scooter pilot program at a workshop.

"We have kind of sat back and watched how other cities have implemented these programs, as quite a few cities have around the country, just to see how they work and operate," said principal transportation planner Jennifer Campos.

One of those cities is Portland, where there are more than 2,000 permitted e-scooters. The city had its own 10-week pilot program in 2018 and brought the scooters back in April.

Campos said there’s no timeline yet for starting Vancouver's potential pilot program. The city still has more research to do before getting to that point.

"So, it really comes, more so, toward enforcement," Campos said. "So, we know a lot of cities have had issues where scooters and bikes have been left on the sidewalk preventing ADA access."

The city is also still weighing another big factor: safety. Campos said there have been 13 deaths related to e-scooters across the country and many more injuries. The city is looking for ways to minimize that.

Campos also said public opinion will play a major role in the city's decision to move forward with a pilot program.

Scooter companies Lime and Bird have told the city they are interested in bringing their scooters to Vancouver as part of a pilot program, Campos said. But there's still a lot of work that needs to happen before you see e-scooters on Vancouver streets.

"If we wanted to consider initiating a pilot program, we'd need to do a lot of work over the winter," Campos said.

A new mobility commission would take up the issue before it heads to the council. Campos doesn't expect that new commission to form until the end of the year, at the earliest.