Council Chair Eileen Quiring is facing a backlash after saying that systemic racism does not exist in Clark County. 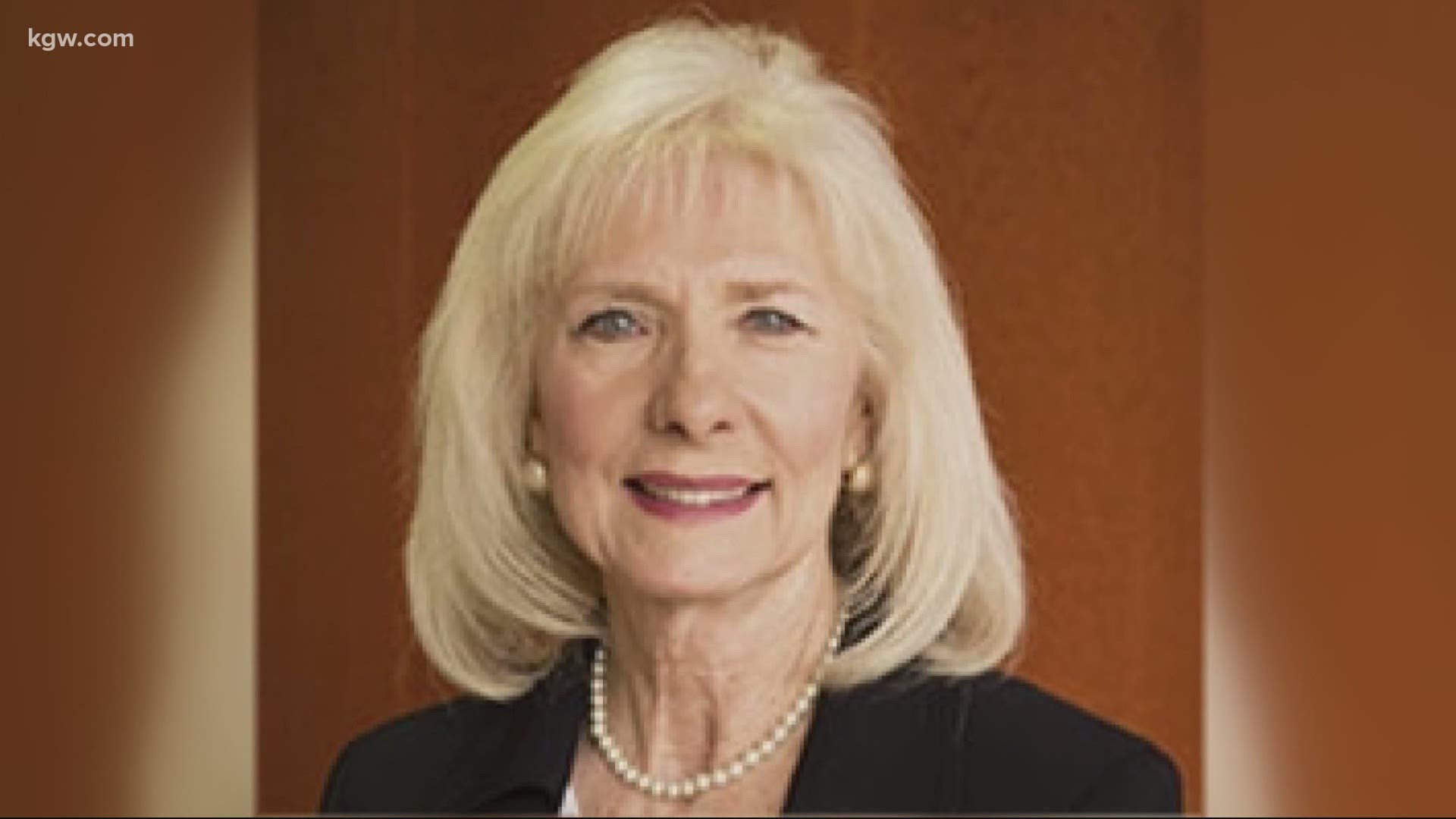 VANCOUVER, Wash. — As the Clark County Council President, Eileen Quiring is the top elected official in the county. And Quiring made a controversial statement at a virtual council meeting last Wednesday.

Quiring said, “I do not agree with this letter. I will not sign it because I do not agree that we have systemic racism in our county, period.”

Quiring was responding to the rest of the council, that signed a letter of support for Sheriff Chuck Atkins. Atkins decided to remove all "thin blue line" flag stickers and symbols from sheriff's department property.

The symbols support law enforcement, but started as a counterpoint response to the Black Lives Matter movement.

When word of Quiring's comment came out, it struck a nerve with many people, including Diana Perez and Ed Hamilton Rosales who represent the League of United Latin American Citizens.

“Here's an elected official, going on record saying that systemic racism does not exist,” Perez said.

“My initial reaction was to put my hand on my head and think. 'I can't believe she's saying out loud what she thinks,'” said Hamilton Rosales.

LULAC called for Quiring to resign.

So did the NAACP Vancouver, which has organized peaceful demonstrations in the area over the past few months, in response to recent events and historic injustice. NAACP leaders would like to help educate the council chair about the reality of racism.

KGW reached out to Quiring, who replied by saying she'd like to comment. But she has not yet followed up.

KGW also reached out to all other members of the Clark County Council. District Four Councilor John Blom responded, calling Quiring’s comment and the way she delivered it inappropriate.

“The previous week the council unanimously approved, including Chair Quiring, a resolution titled 'Eliminating systemic racism and injustice in Clark County' that discussed the need to address these issues in our community. Coming out the next week and saying there is no systemic racism in Clark County undermines that effort,” said Blom.

Meanwhile, a Change.org petition is gathering signatures demanding a resignation. Advocacy groups are not surprised.

“With just the outrage and the outcry of the injustices, for her to say that in her official capacity was such a callous disregard for the Black and brown community in Clark County, basically everywhere,” said Perez.

Quiring has said publicly she was taken out of context, and that she will not resign.