Charles Chandler gave a speech earlier this week criticizing the way the school has handled bullying and sexual assault complaints. 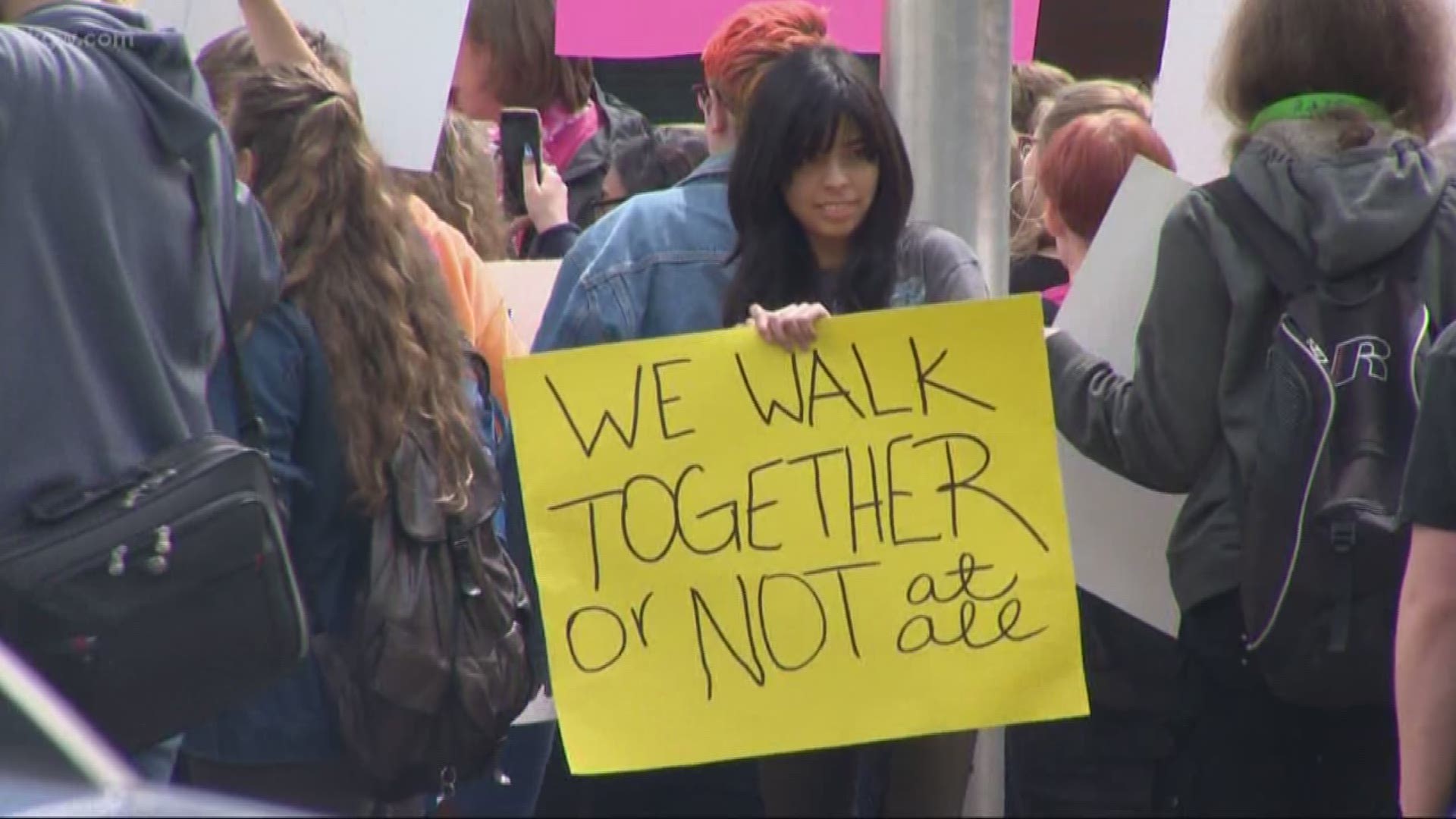 VANCOUVER, Wash. — At least 100 students at Heritage High School in Vancouver walked out Friday in support of a student who was banned from walking at graduation after he slammed the school for its response to allegations of bullying, harassment and sexual assault.

Charles Chandler gave his speech on Wednesday at a schoolwide ceremony. In the middle of his speech, he strayed off from his pre-approved script.

“…the administration closes their eyes to everything that happens in this school. Their school,” he said. “The sexual assault, the bullying, the depression, the outcasts, and they do nothing to fix it. They just cast it aside like it's nothing. Or if they do take notice, they take the side of the accused and not the victim.”

The school’s principal, in a letter to parents, said Chandler’s speech had "…many inaccuracies, inflammatory statements, and unsubstantiated accusations."

While the school did not approve of Chandler’s speech, many students did. They cheered him following the speech and have been vocal in their support for him since.

They continued to show that support with a walkout that began late Friday morning.

"Even though the entire speech he said wasn’t 100% cleared, it was still very true, and I do not believe the admin would have reacted so harshly so quickly if it were not true,” said sophomore Austin Larsen.

Students walked out during their lunch, and lined the sidewalk outside the school. They received support from parents who joined the demonstration and drivers who honked as they drove by.

Many students held signs to send a clear message that they believe change is necessary.

“You can’t silence us. You can try but it’s not going to do anything for you. We’re going to continue fighting this because he deserves to walk,” said freshman Akasha Steward.

Chandler said he was encouraged by the support. He said he's heard from people who graduated from the school, as far back as 2004, who thanked him for speaking up.

“It’s heartwarming because people are finally having their voices heard,” Chandler said.

Not every student was in support of the demonstration, though. There was a trio of students who came outside to defend the school.

Amy Rodriguez, who will be the first in her family to graduate, was part of that group.

“I was hoping to be focused on graduation, on a day to celebrate. I was hoping to spend the time with my friends and family. Instead, it’s focused on trying to make sure my school isn’t seen as a terrible school, because it’s not. It’s actually an amazing school,” she said.

Principal Derrick Garrison said Chandler was offered choices to remedy the situation, and he chose not to walk in the graduation ceremony on Saturday.

He said he chose another option: to help the school build a curriculum educating people about bullying and sexual harassment. He said he was informed later he would not be allowed to walk.

On Friday, Chandler said the focus shouldn't be on him, but rather the school's policies.

“This entirely isn’t about me walking. This is about causing change. We want to see change,” he said.