Sixth grade students in the Vancouver school district had their first day of in-person, hybrid learning on Monday. 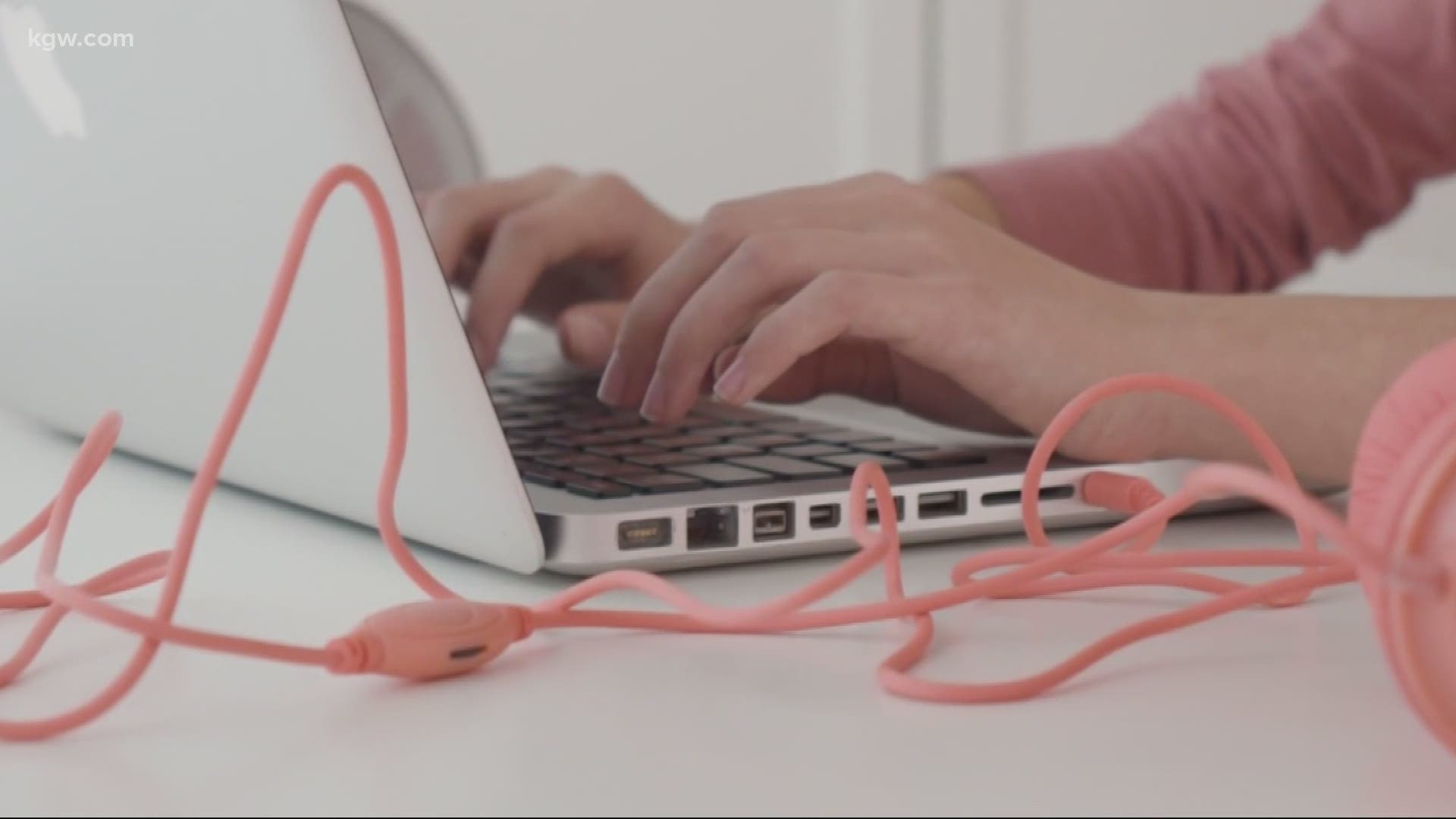 VANCOUVER, Wash. — Some school districts in the Portland metro area are still figuring out the logistics of hybrid learning, while others are already offering the option.

On Monday, sixth grade students in the Vancouver Public School District had their first day of in-person, hybrid school.

Back in September, when the school year began with distance learning, KGW spoke with Vancouver mom Sheena Pyatt. We decided to check back in with her.

“We have good days and bad days,” said Pyatt in regard to how distance learning has gone for her family.

But as of Monday, her sixth-grade daughter, Ashlyn, gets to physically go to her school for hybrid learning, something Pyatt said is good news, academically and socially.

“So glad," Pyatt said. "She is kind of quiet and reserved, so being on Zoom, she hasn’t made any friends. This is a new school for her, so she doesn’t know any of the teachers. She only knows a couple of the kids, so going in person, I think, is going to be a really good opportunity for her."

Pyatt is glad her second grader has been able to participate in hybrid learning for the last few weeks. She’s excited that her eighth grader is expected to start hybrid next week and she’s hoping for the same for her son, who is in 10th grade.

“I’m really hoping for a lot more opportunities for them to make friends and practice being independent,” said Pyatt.

Pat Nuzzo, the spokesperson for Vancouver Public Schools said sixth grade students will spend about half their time in person.

“They have two days of in-person learning and the other three days are remote,” said Nuzzo. “We have a lot of protocols in place. Masks are required and six feet of distance, wherever and whenever possible.”

Nuzzo said online options will continue for families not comfortable with in-person learning.

The Lake Oswego School District plans to have its kindergarten through first grade students back for hybrid learning on Tuesday.

The largest district in the state, Portland Public Schools (PPS), plans to begin hybrid learning in April by phasing in students from kindergarten through fifth grade.

RELATED: Gov. Brown says most Oregon elementary students will return to classes by the end of April

A survey asking PPS parents if they prefer distance learning or hybrid learning for their children was sent to families on Feb. 12. Parents have until Thursday, Feb. 25, to fill out a survey telling the district their preference. The district also has an FAQ resource for parents.

The Beaverton School District sent a message to parents on Monday that said it planned to start hybrid instruction on April 19 for middle and high school students. In the next few weeks, the district will ask families if they want to stay distance learning for the rest of the year or if they’d like to opt for hybrid learning instead.