The Thirsty Sasquatch opened last week and the owners want it to be known as a safe space for the LGBTQ+ community. They had decorated the bar for Pride Month. 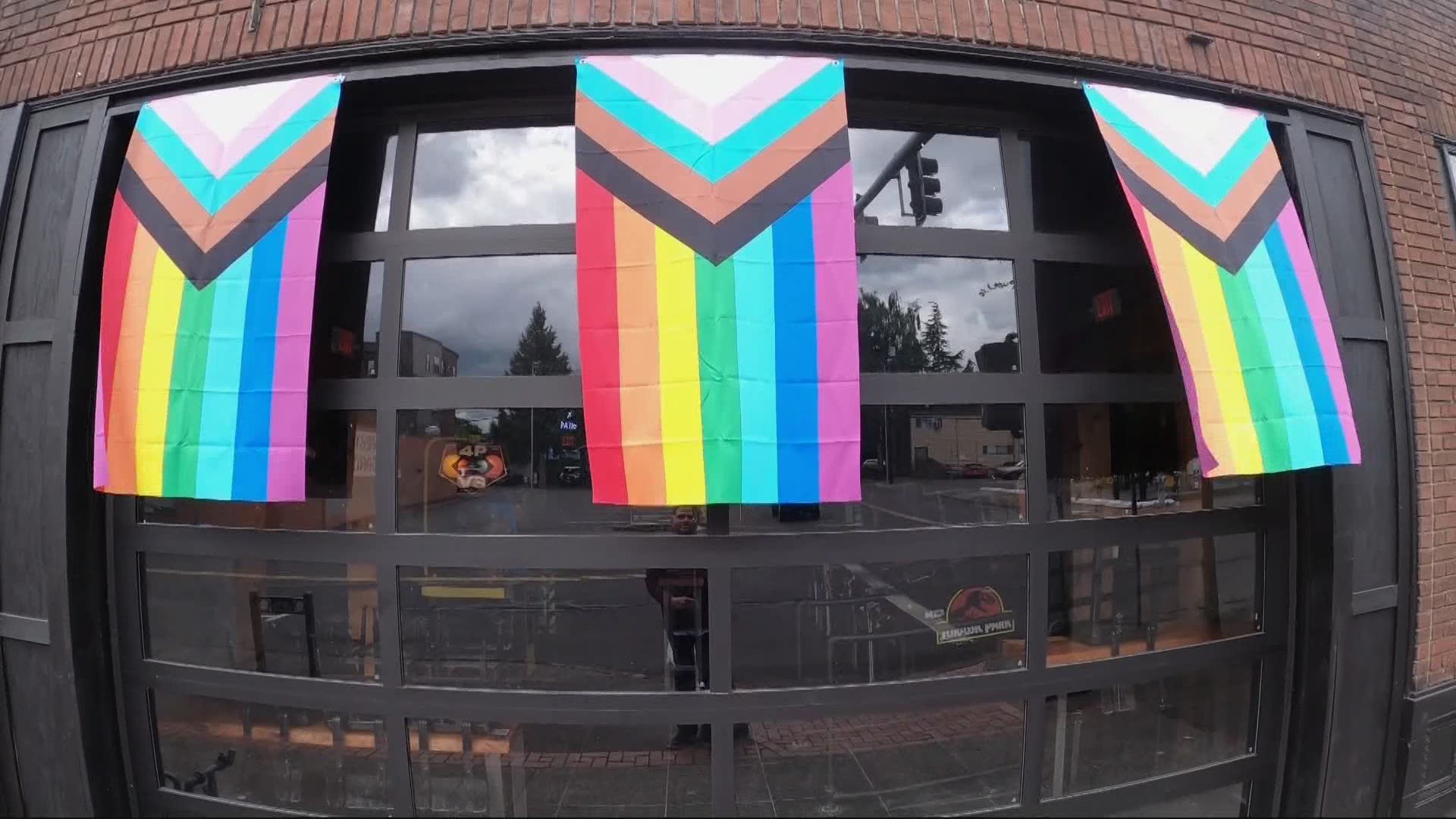 VANCOUVER, Wash. — Vandals tore down Pride banners at the Thirsty Sasquatch, a new bar in Vancouver, according to the bar's owners.

The bar opened last week in downtown Vancouver and the owners want it to be known as a safe space for the LGBTQ+ community. They had decorated the bar for Pride Month.

On Wednesday morning, staff arrived to find that vandals had torn down the Pride banners that were flying out front of the bar.

"I wouldn't say this deters us at all," Newton said. "I would say this encourages us to stand for what we believe in."

Bar manager Cheyenne Suttcliffe said this doesn't change their love for Vancouver and the people they serve.

"We love our community," Suttcliffe said. "We were really excited to be a part of it. People really love having us here, they're happy that we're here. Unfortunately, we did make some people angry. But it's the people we wanted to make angry, so."

The bar put the Pride banners back up and said the Thirsty Sasquatch remains open.