It's still not clear what happened in the moments prior to the fatal shooting in Hazel Dell last week. 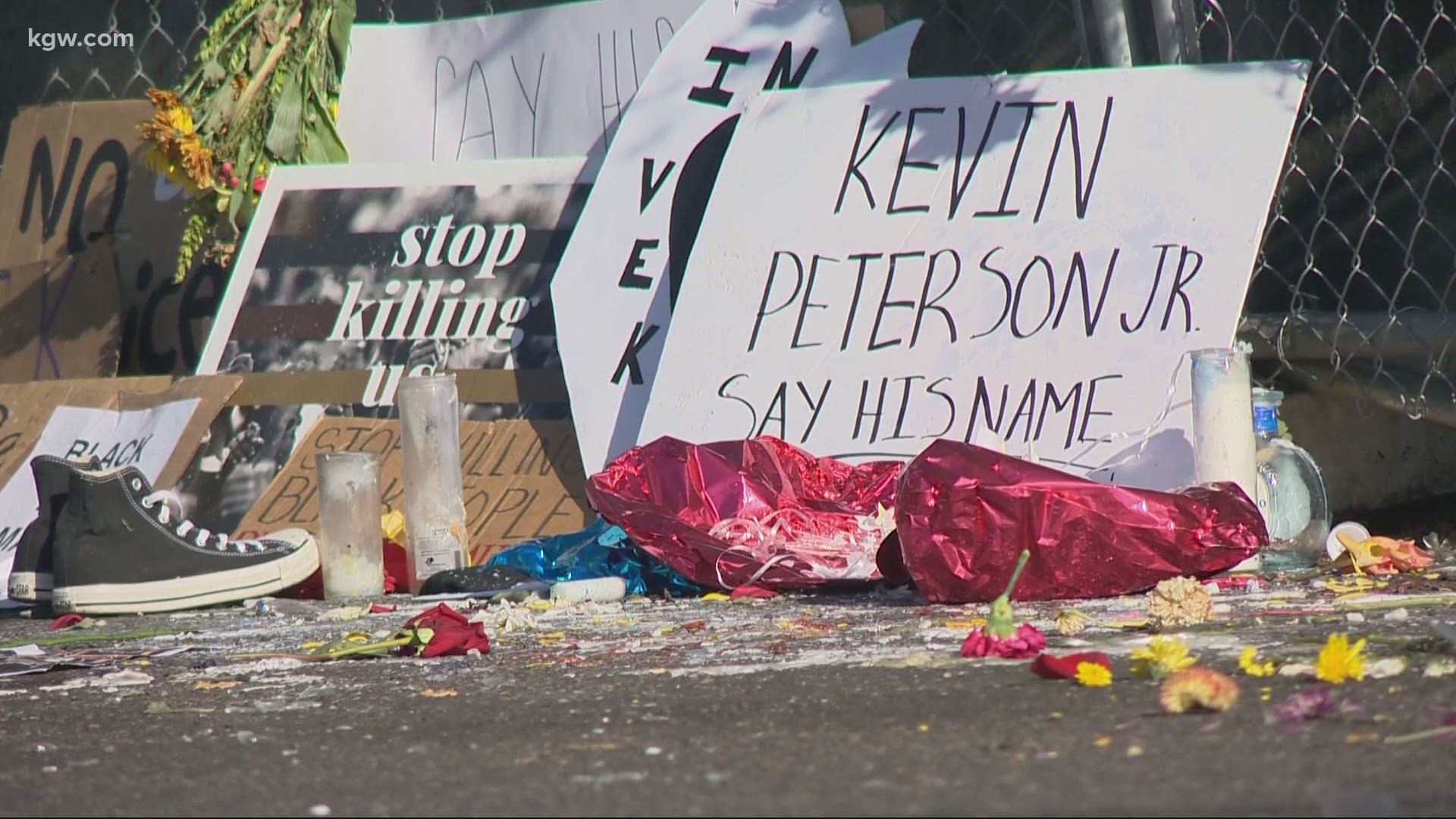 HAZEL DELL, Wash. — Four days after Clark County deputies shot and killed a 21-year-old Black man in a Hazel Dell parking lot, and following multiple protests at the scene of that shooting, it’s still unclear what led up to deputies firing their weapons. In the meantime, Kevin Peterson Jr.’s girlfriend told KGW Monday the family has hired an attorney.

The confusion surrounding the shooting stems from a press conference Friday, when Clark County Sheriff Chuck Atkins told reporters that deputies had been called to the parking lot of a U.S. Bank Thursday evening around 6 p.m. on reports that someone was selling drugs. They were accompanied, he said, by officers from the Regional Drug Task Force. The sheriff said the man, who he confirmed was Peterson Jr., ran.

“The information I have is that upon entering the parking lot of the bank, the man reportedly fired his weapon at deputies,” Sheriff Atkins said.

Hours later an independent team of investigators from law enforcement agencies across the state took over the case, which is standard. They sent out a press release, writing Peterson, "produced a handgun, and the officers backed off." They said nothing about him firing the gun.

“A short time later, the subject encountered three Clark County deputies who all discharged their pistols,” the release continued.

It also stated a pistol was found near Peterson's body.

KGW has reached out several times since Friday, asking whether or not officers believe Peterson fired his weapon. Battle Ground's Chief of Police Mike Fort, who is handling media requests, said via email Monday, “Unfortunately, I don't yet have a timeline for when I may release more information".

It's worth noting the three deputies have not been named, and deputies with Clark County don't wear body cameras.

Protesters came out throughout the weekend, angry about Peterson's death and about the lack of information surrounding it. The tension escalated further as by far-right groups came to counter protest.

On Friday, deputies said some in the crowd threw rocks at them, and one person reportedly fired a gun. Six were arrested.

Peterson Jr., a new father, was 21 years old and lived in Camas. A background check shows he has one other case on his adult criminal record, tied to charges of marijuana possession with intent to sell. He went through a diversion program and the case was dismissed.

KGW has reached out to family of Kevin Peterson, Jr., including his girlfriend who declined to comment. She said via a direct message on Twitter Monday that the family has hired an attorney.

She also confirmed a GoFundMe account set up in Peterson Jr.’s name was indeed started by family.