Man breaks into Vancouver escape room. Then, calls 911 when he can't get out

A man who broke into a Washington state escape room this week called 911 because he couldn’t find a way out.

Early Sunday, police called NW Escape Experience owners Rob and Tamara Bertrand, telling them someone had broken into their business. Deputies said a man tried to break in through a back door of the escape room in Vancouver, Washington, which is located inside a strip mall.

When the man couldn't get through the back door, he used a key found in a lockbox to open the mall's electrical room, Tamara told USA TODAY. Another key gave him access to a suite that shared an unlocked door with NW Escape Experience. After pushing down storage lockers attempting to block the way, the man was inside.

The business houses three escape rooms, interactive experiences where participants must solve a series of riddles and puzzles to break free. Rooms are themed, including one known as The Kill Room splattered with fake blood. A steel autopsy table and skeleton sit in the center of the room, Tamara said.

Another room recreates the scene of an FBI investigation. The third looks like the aftermath of a wild Las Vegas party with bras tossed on the floor, Tamara said.

Police told the owners the man became scared trapped inside the business. Tamara said it's likely he looked inside the rooms, "panicked" and thought, "I need to get out of here." But, he couldn't find the exit.

"With no lights on, I would be creeped out and I own the place," Tamara said.

Call records indicate the burglar, identified by police as 40-year-old Rye Wardlaw, called 911 from the escape room business four times. When police arrived, Wardlaw had finally found his way back out of the business. The owners suspect he forcibly left by way of the back door.

Police found Wardlaw, who said he was homeless, on the other side of the building with a burrito. He had stolen a cell phone, TV remote and a beer, authorities said.

The damage was minimal, Tamara said. The business opened as usual on noon Sunday.

The couple even capitalized on the incident, offering a burglar2018 promo code this month. 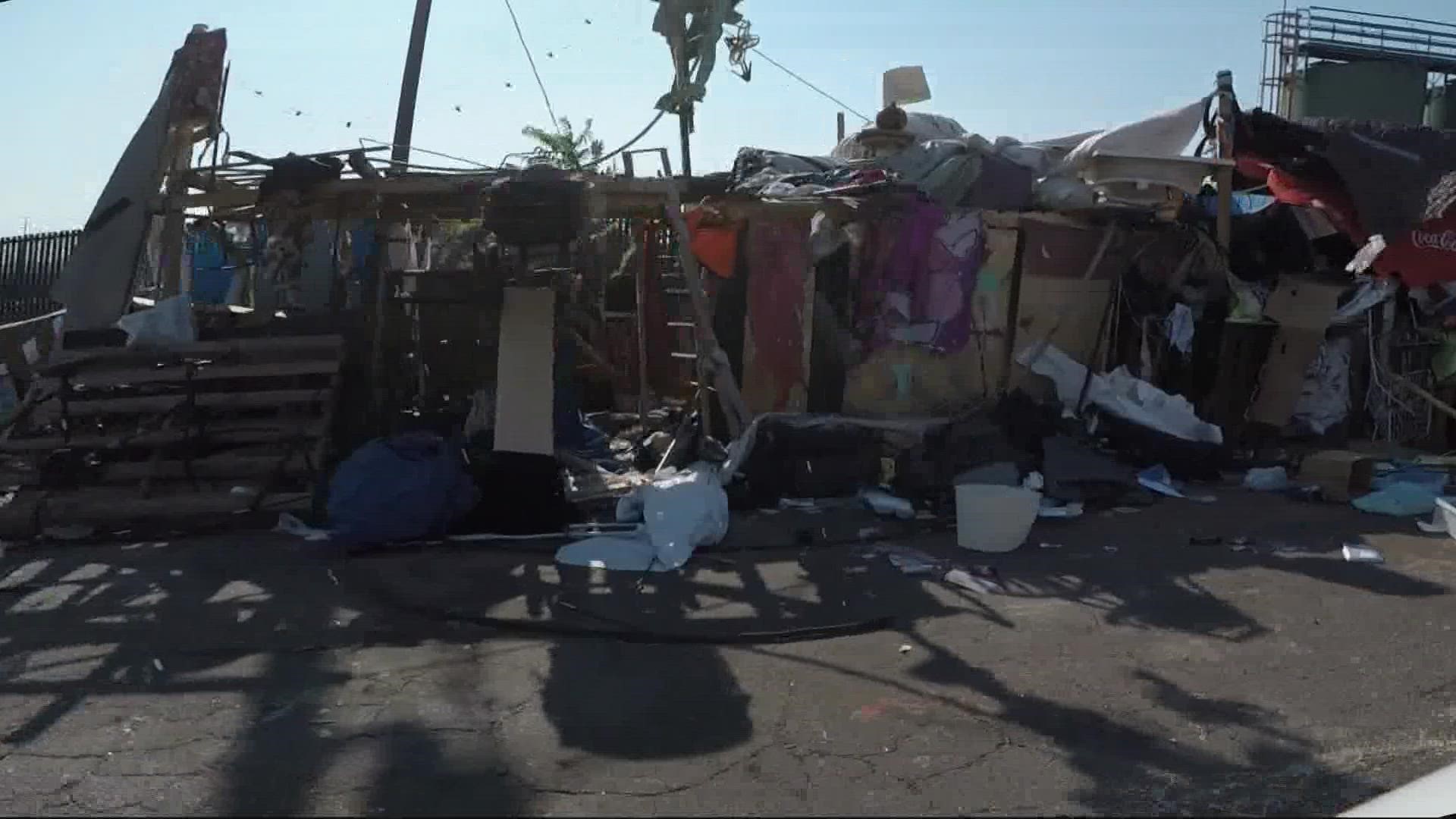