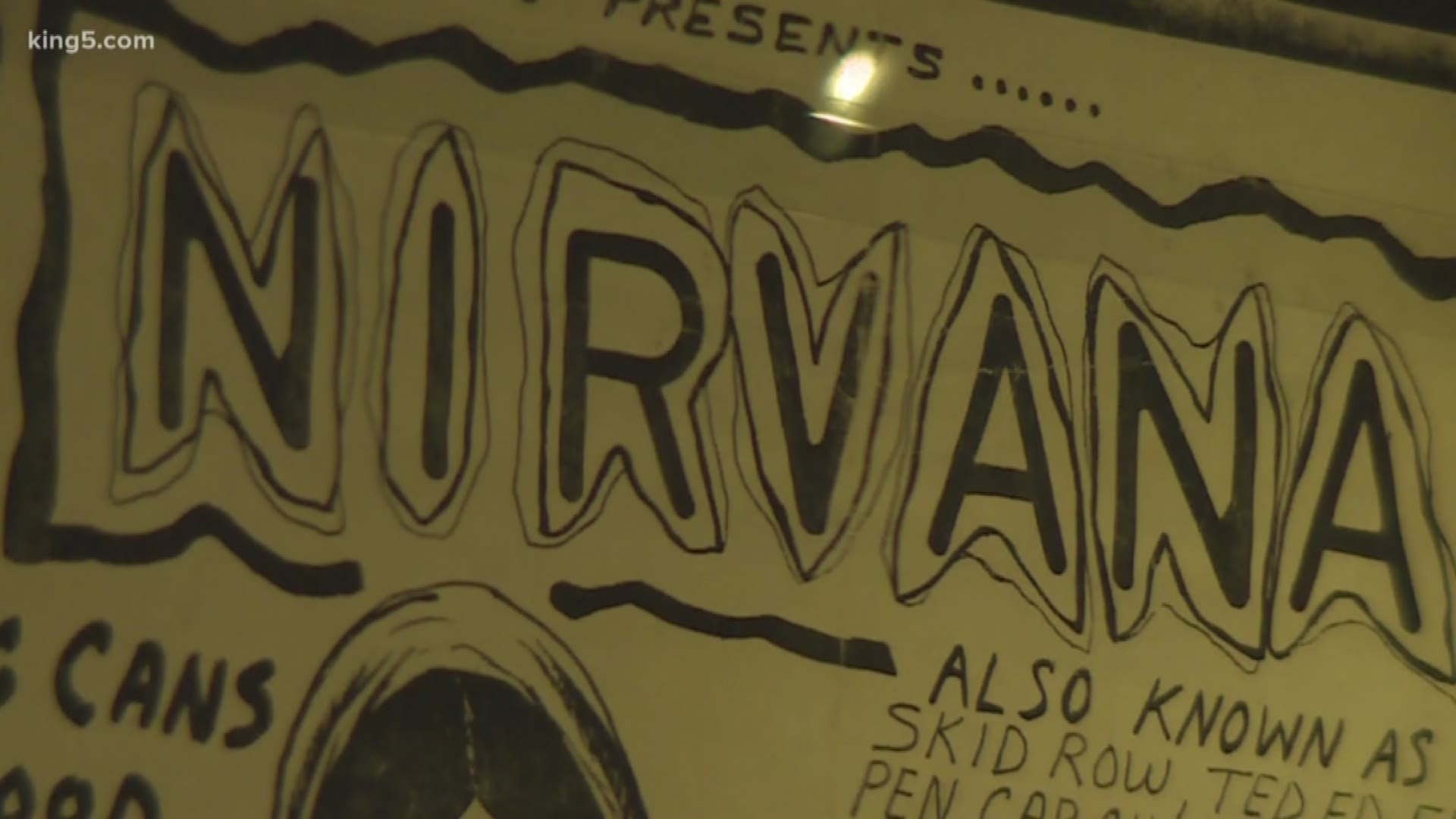 SEATTLE, Wash — As a musician, Kurt Cobain is remembered far beyond the Seattle music scene, where Nirvana first broke out. Now a new clothing line aims to introduce the world to Kurt Cobain as a visual artist.

Frances Bean Cobain, the 27-year-old daughter of Kurt Cobain and Courtney Love, curated a collection of shirts, sweatshirts and books of her father's art, called "Kurt Was Here."

According to Rolling Stone magazine, Kurt Cobain's estate, The End of Music, LLC is collaborating with Live Nation. The line will be sold in the U.S. at Barney's, as well as online.

"Kurt was a creative person and that came out in many different ways and music just happens to be the one that made his career and made a name for him, but he was definitely a great visual artist as well," said Jacob McMurray, Director of Curatorial, Collections & Exhibits at Seattle's Museum of Pop Culture.

MoPOP has a permanent Nirvana exhibit which displays some artwork of Kurt Cobain: including a punk-rock, apocalyptic take on the classic Grant Wood painting "American Gothic," the first tour poster that advertised the band as Nirvana, and a mock tour shirt drawn on with Sharpie for his earlier band Fecal Matter.

McMurray, who curated the exhibit and wrote a book cataloging Nirvana's rise, also said that while Kurt Cobain did not draw the album covers of Nevermind and In Utero, the art on them was his vision.

"Kurt did a lot of his own artwork, but he also was instrumental in creating that image and iconography with the band," he said.

Cobain has inspired generations with his creative talents, and McMurray says the clothing line may just continue on doing that.

"Kurt has become one of those figures that has become eternally part of our pop culture canon, a certain type of youth is always going to gravitate toward Kurt and Nirvana’s music." 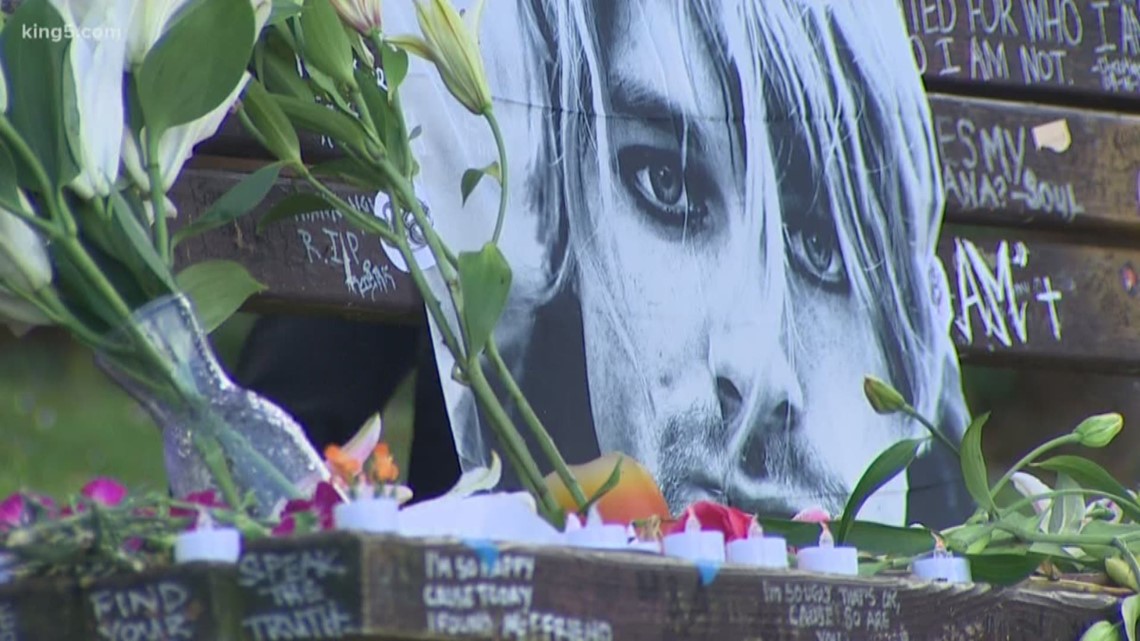 Nirvana fans pay tribute to Kurt Cobain 25 years after his death
Nirvana lead singer Kurt Cobain died in an apparent suicide above a garage in Seattle on April 5, 1994. He was 27. Friday marked 25 years since his death, but Cobain's songs are still impacting people today. Fans of the late singer gathered at Seattle's Viretta Park to pay their respects. 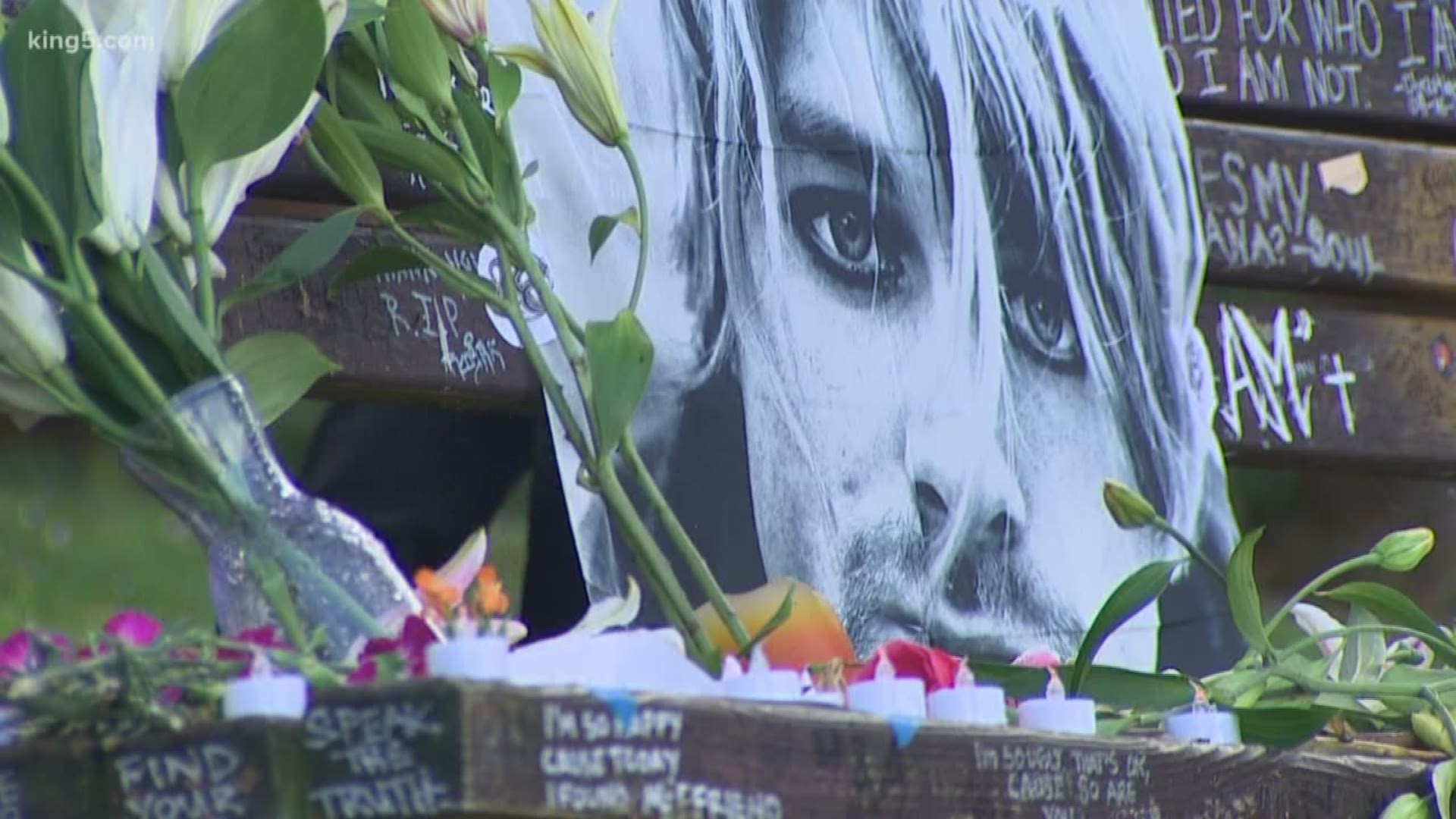