The fire at the Underwood Fruit and Warehouse Company plant has caused some power outages in Bingen. The fire has also affected some morning school bus routes. 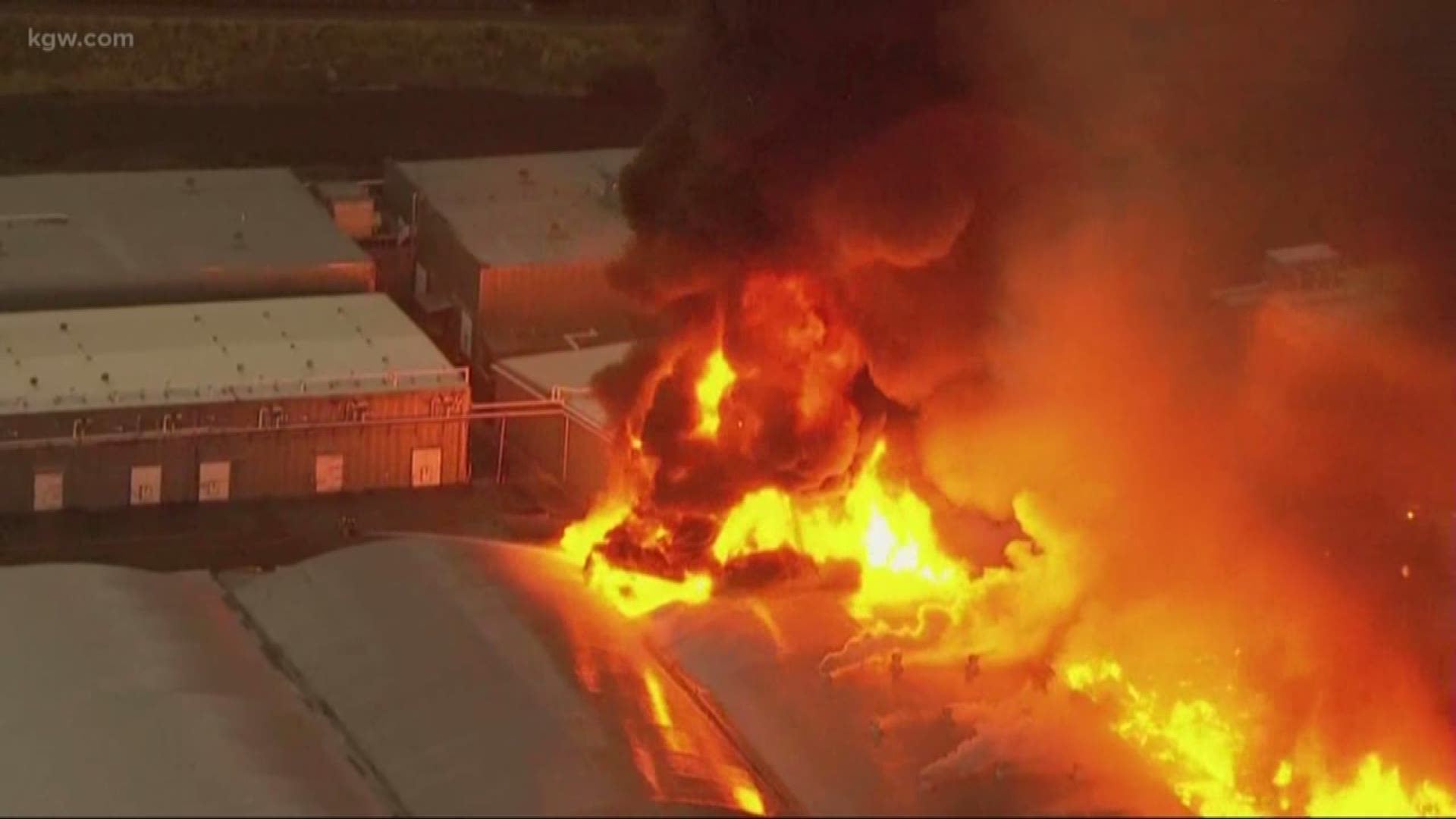 The 5:45 a.m. fire at the Underwood Fruit and Warehouse Company plant caused some power outages in Bingen. The fire also affected some morning school bus routes.

Students at area schools were kept indoors during recess due to air quality concerns.

Sky 8 video and video and photos provided by people in Bingen showed massive flames. Arriving crews quickly put out a call for backup.

According to its website, Underwood Fruit and Warehouse packs and ships for 55 area growers. The company was formed in 1917 by seven local growers.

Three pear warehouses appeared to be destroyed. An apple warehouse was spared, said CEO Don Gibson. He said no one was in the buildings where fire broke out. The company employs about 270 workers at the site.

According to a GoFundMe page, "the fire created immediate job losses within our community as every employee has been laid off for the foreseeable future."

Gibson said neighboring operations may allow them to operate in off hours, allowing some to return to work.