Everyone was evacuated, and no one was hurt, according to a spokesman from Clark County Fire District No. 6. 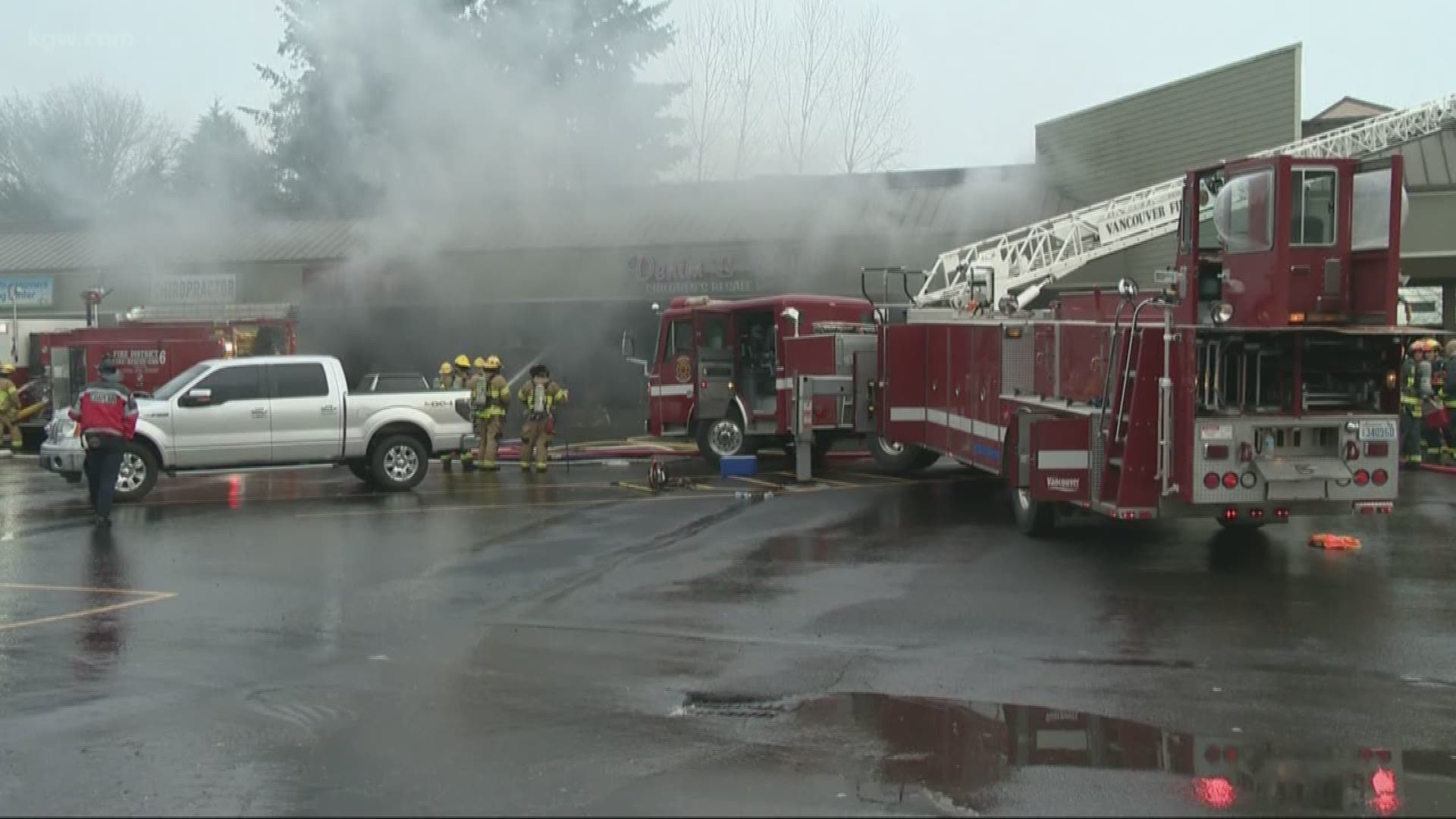 Firefighters were called shortly after 2 p.m. about a fire at Chic Boutique, located at 10501 NE Highway 99. An employee reported sparks and then flames from a ceiling light fixture.

Everyone was evacuated, and no one was hurt, according to a spokesman from Clark County Fire District No. 6.

The fire was difficult to fight because it was too hot for firefighters to enter the building, the official said. The strip mall has a common attic space for all the businesses, which allowed the fire to get in that space and run, the official said. Crews fought the fire for 40 minutes.

Power was cut off to the entire strip mall.

Nine business were impacted, and at least three were destroyed including Chic Boutique, Denim and Frills and a chiropractor office.