Clark County declares state of emergency due to snow and ice

Many roads in Clark County were impassable due to heavy snow and ice. Six snow plows were stuck Saturday morning. 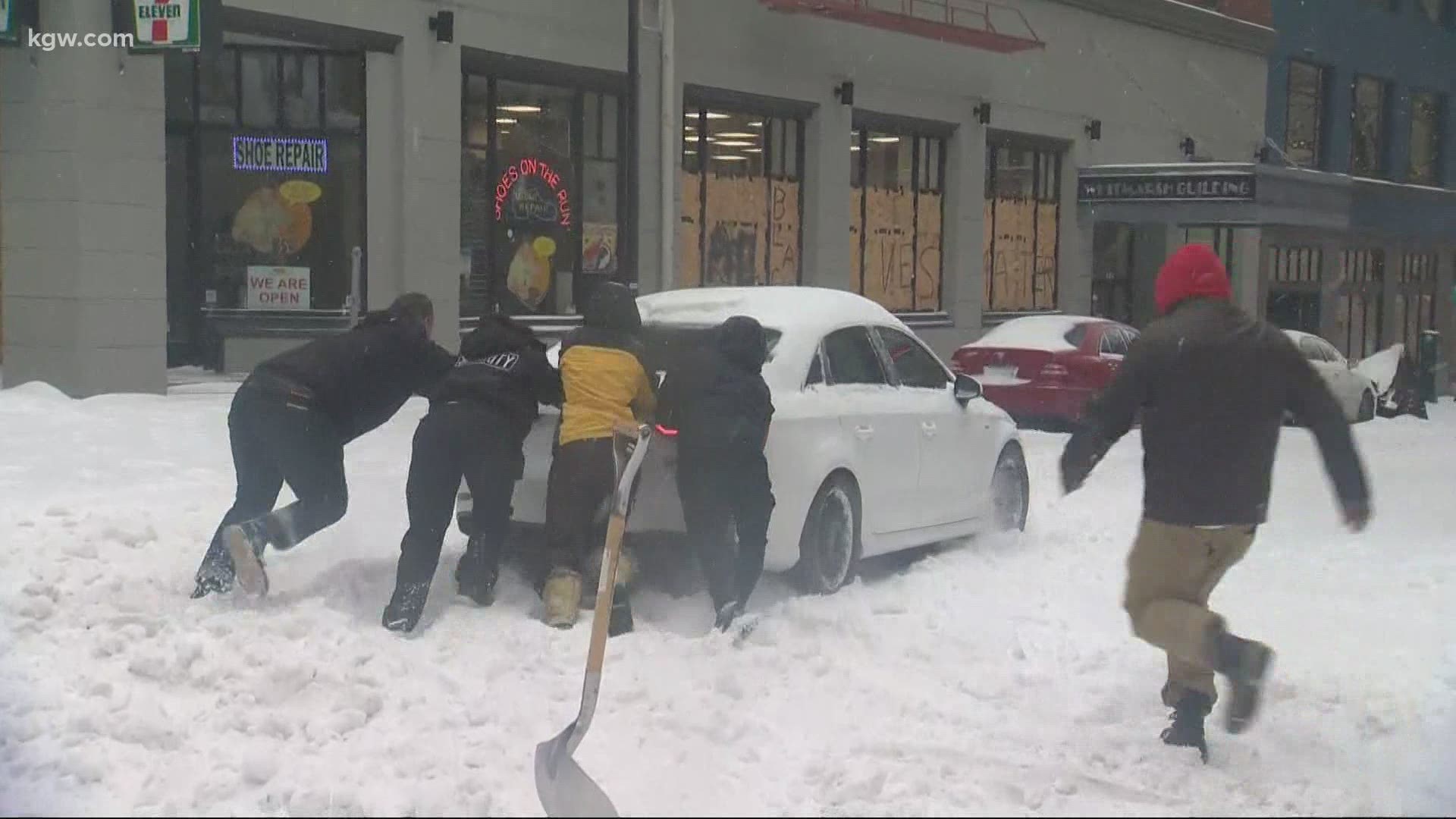 VANCOUVER, Wash. — Clark County declared a state of emergency Saturday morning due to heavy snow and ice in the area.

"Multiple roads throughout the county, especially in Washougal, have become impassable due to deteriorating weather conditions," the county announced.

By early Saturday morning, six Public Works snowplows were stuck in the deep snow and ice in the Washougal area. Crews were able to recover one of the vehicles, but the other five were still stuck as of 10:30 a.m.

“Our vehicles are equipped with chains and other safety measures to ensure they can traverse snow- and ice-covered roads,” said Public Works Director Ahmad Qayoumi. “This is a good reminder to the community that winter driving conditions are unpredictable and even the most prepared vehicles can have difficulty maneuvering through these conditions.”

Clark County Public Works is responsible for nearly 3,000 lane miles of road throughout the county. While conditions may not be treacherous in your neighborhood, that does not reflect the reality of the entire county. Please do your part by staying home if you can.

Southwest Washington remains is under a Winter Weather Advisory through noon Sunday.

Officials are asking Clark County residents to stay home and off the roads until weather conditions improve.