"I have a wife and two young children, (ages) 7 and 8, and it hit them hard as well. Knowing that could have been, in an instant, the end," said Jade Insko. 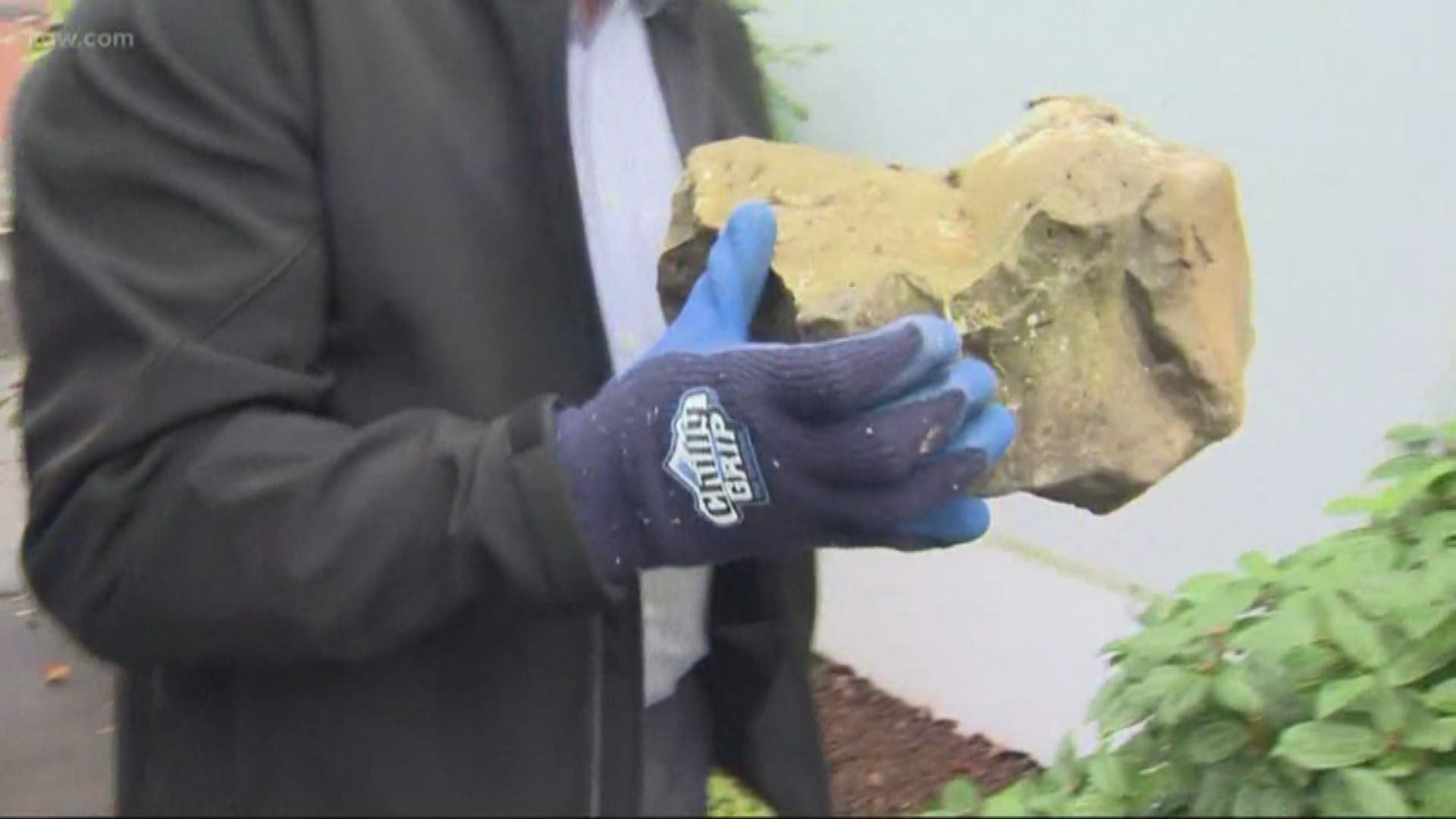 VANCOUVER, Wash. — A Camas man is feeling lucky to be alive after a 37-pound rock fell from a cliff and smashed through his windshield.

Jade Insko was driving east on Highway 14 near Cape Horn early Monday morning when it happened.

“Maybe a few hundred feet down the road from Cape Horn, when all of the sudden this rock blew through my windshield smashed into my dash and landed directly in the passenger seat beside me,” said Insko.

Insko, who was alone in his Tesla, says he got some minor injuries from shards of glass but was otherwise physically OK. It did, however, scare him badly, and it also scared his family.

“I have a wife and two young children, (ages) 7 and 8, and it hit them hard as well. Knowing that could have been, in an instant, the end," he said.

Insko wants to warn others about what he considers a dangerous stretch of road. There is evidence of rocks falling on the road, and the Washington State Department of Transportation does have chain link fence aprons up on some of the cliff areas.

Insko thinks they should put up more.

A WSDOT spokesperson told KGW they continuously monitor highways for problems across the state, and that transportation engineers were aware of what happened to Insko on Monday.

As for the rock, which Insko says weighs 37-pounds, 6-ounces, he’s keeping it.

“I’m gonna put it in the yard as a monument to how bad things could have been and to cherish life going forward," Insko said.