The seventh-grader kicked and screamed, and a driver honked their horn, scaring the suspect off. Then the girl ran to her Clark County school for safety. 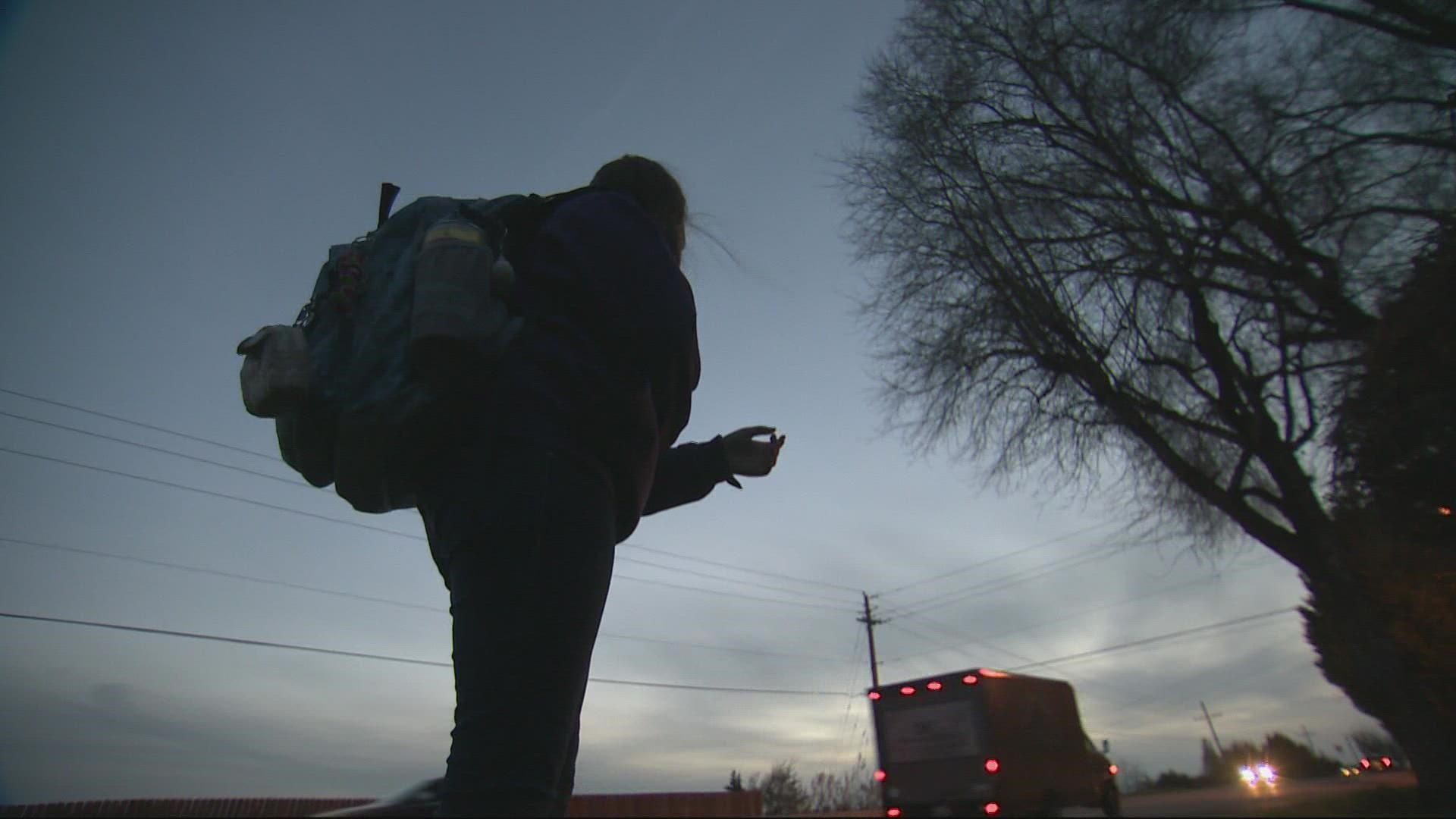 CLARK COUNTY, Wash. — A Clark County middle school student says she fought off a stranger who tried to grab her as she walked to school on Nov. 8. The girl ended up safe and the suspect ran off.

When the seventh-grader, who KGW is identifying only as Bristol, was walking the short distance from her home to Gaiser Middle School in Clark County, she says a man approached her from behind along Northeast 99th Street, about 100 yards from the school.

“Then the guy grabbed my arm behind my back. I tried to have him let go, but then he grabbed my other arm so I was kind of stuck with my hands behind my back, I was like startled at first but once I got it through my head I was like really scared,” she said.

But Bristol gets full credit for facing the fear and fighting back. Her father Paul Anselm is very proud of his daughter. Anselm was at work when he got a call from his ex-wife.

“That's when she said she was almost kidnapped,” said Anselm as he broke down. “She did exactly what she needed to do to get away, to get to safety."

It is very hard for Anselm not to get emotional thinking about his child and what could have happened.

“The thought of not seeing your daughter, not knowing the person's intentions. I mean we all know the intentions aren't good,” said Anselm.

Anselm and his ex-wife taught their daughter what to do if a stranger ever tried to harm her. That is exactly what Bristol did, with help from a passing driver.

“It was scary, I tried kicking but he wouldn't let me so I screamed, (then) a white car driving by honked at him so much, and then he just ran away,” said Bristol.

After he bolted, Bristol made sure the coast was clear, and ran to safety at Gaiser Middle School.

Bristol's dad gives the school and the sheriff's office high marks for their response. Both Gaiser Middle School and nearby Sarah J. Anderson Elementary School in the Vancouver School District notified parents about what happened.

Now Bristol has a panic alarm tool attached to her backpack just in case, to go with the good sense she can share with other kids, should they experience stranger danger.

Her dad had strong words for the stranger who got away.

“You’re a scumbag dude, trying to grab somebody else with ill intentions. I don't know how you can sleep with yourself at night, I mean this is a little girl that has a life in front of her.”

Anselm had some advice for other parents.

“Hold your kids, teach them there’s good people in this world, but the bad ones do exist.”

If you have any information that can help sheriff’s detectives figure out who the suspect is, contact the Clark County Sheriff’s Office.