Jeanette Weaver says she and other Vancouver Public Schools bus drivers have experienced violence at the hands of students. 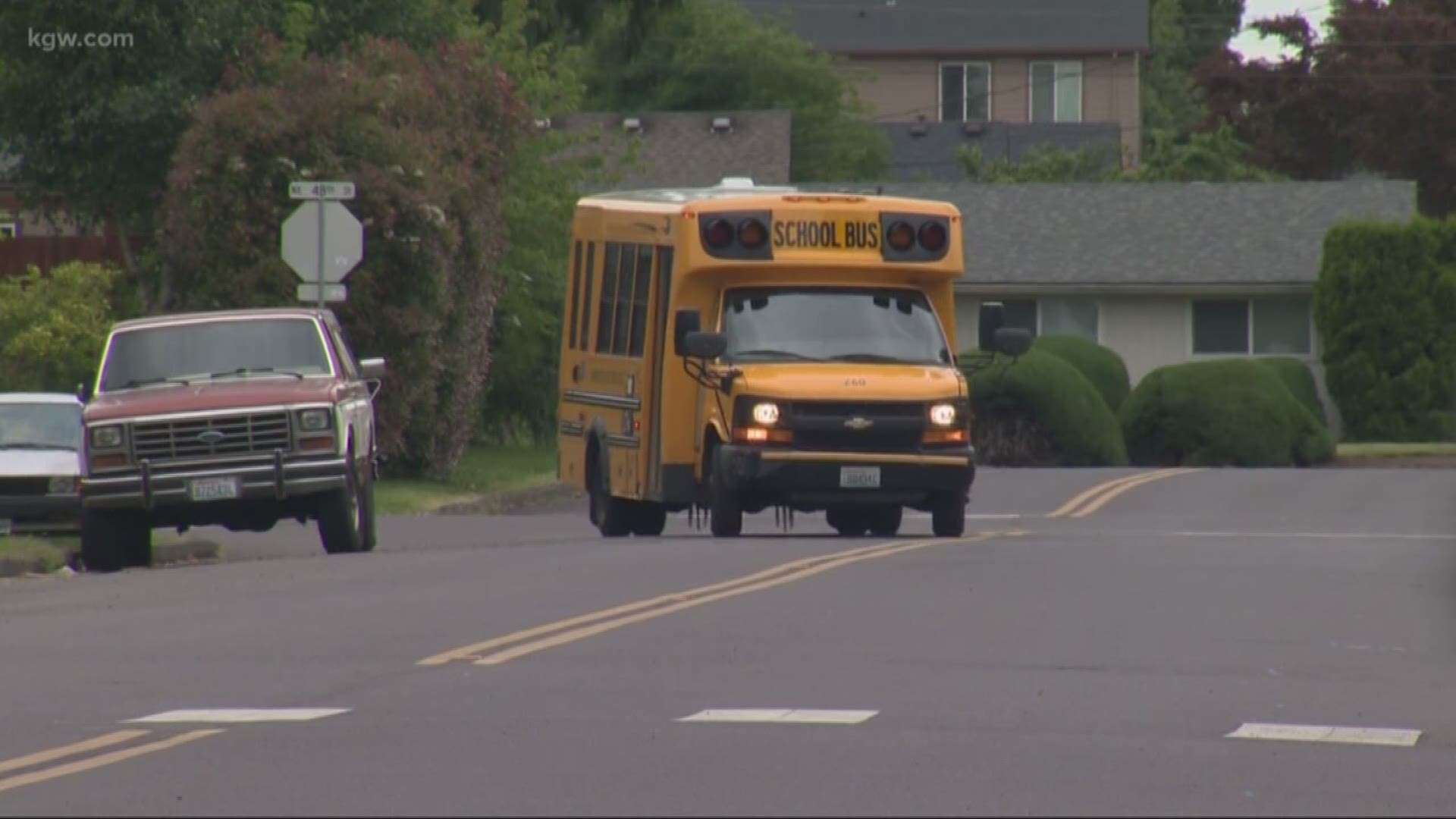 VANCOUVER, Wash. — A school bus driver in Vancouver says she and her co-workers are concerned about their safety after experiencing violent outbursts from students.

Jeanette Weaver, 59, and other school bus drivers brought their concerns to district leaders Tuesday night, asking for more resources. Weaver has been driving a bus for the past 15 years.

“The community needs to know we need help,” said Weaver.

She told leaders about a recent incident where a student was throwing his water bottle at another student. When Weaver reprimanded the student and took away the water bottle, she says the student attacked her.

“She tried to bite me, she choked me, she had both hands on my throat choking me, she pulled my hair," Weaver said.

KGW Investigative reporter Crisin Severance has reported in-depth about similar disruptions and violent outbursts in classroom settings in her Classrooms in Crisis series.

Weaver, a union steward, says episodes like this one are not uncommon on the school bus.

“I’ve had driver after driver come in scared cause a kid threatened to knife her, some kid has threatened to punch her," she said. “We need a bus monitor on the bus or I need a para (educator) so I’m not alone in this case."

Without some sort of help from the district, Weaver said she have no choice but to walk away from her job of nearly two decades.

KGW reached out to Vancouver Public Schools for a statement on Weaver’s concerns. They provided a statement Wednesday.