A new rapid bus line is being built in Vancouver, and a roughly $25 million grant from the Federal Transit Administration will help pay for it. 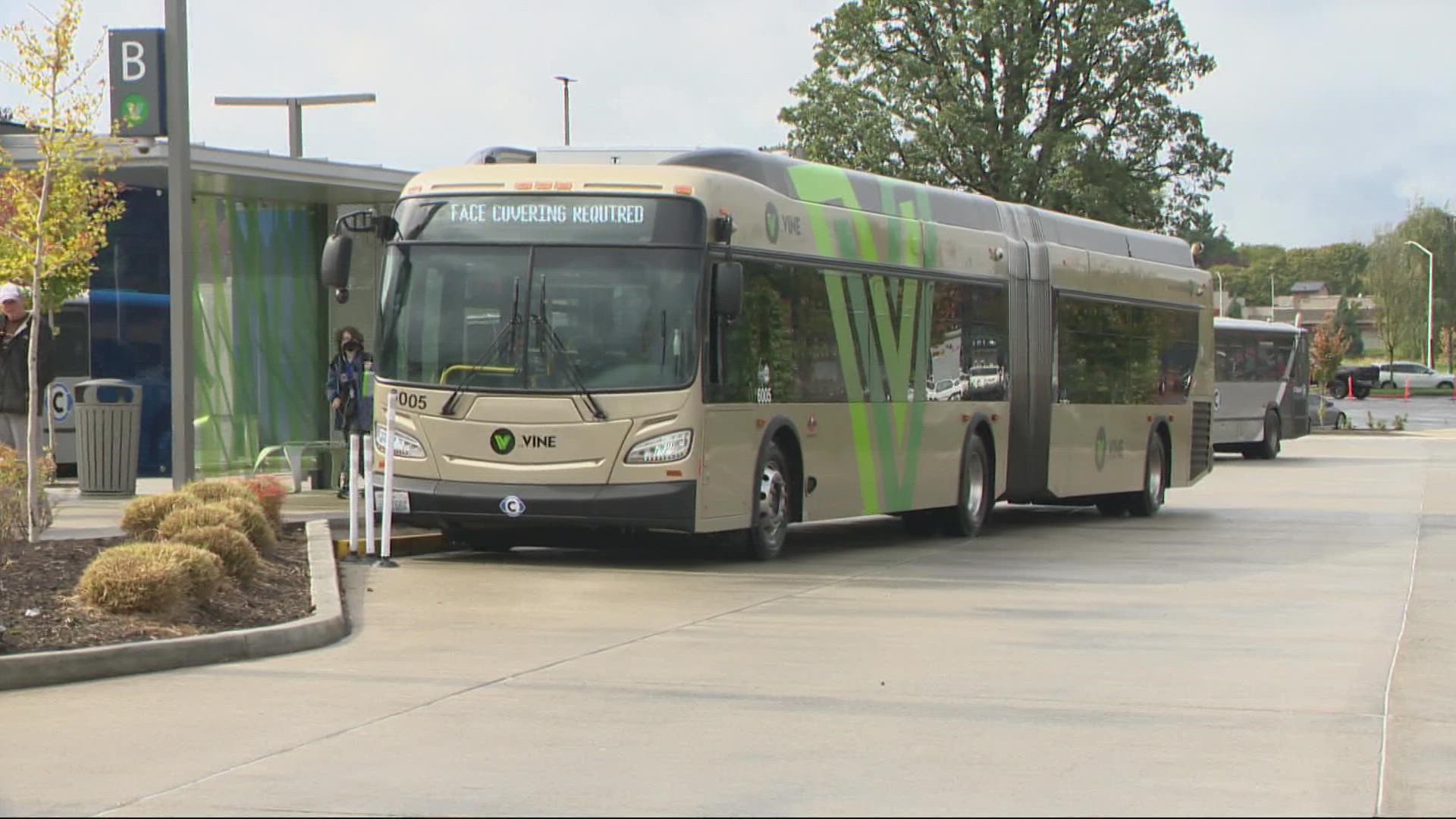 VANCOUVER, Wash. — A new rapid bus line is being built along Mill Plain Boulevard in Vancouver with plans to have it running by 2023.

The bus line will run 10 miles between east and downtown Vancouver. C-TRAN recently received a grant of roughly $25 million from the Federal Transit Administration to help pay for it.

The project kicked off Tuesday with a groundbreaking ceremony, where a new transit center will be built at Clark College's Columbia Tech Center for the east end of the line.

C-TRAN's first rapid transit line was build on Fourth Plain Boulevard and has been both efficient and popular, according to Vancouver mayor and C-TRAN board president Anne McEnerny-Ogle.

She said ridership was up 45% along Fourth Plain Boulevard before the pandemic set in.

“Today we have the opportunity to duplicate all of that success on Mill Plain. BRT is a known asset with a proven record and in this community, we like success,” said McEnerny-Ogle.

FTA administrator Nuria Fernandez said competition for the grants is strong, and she was happy to deliver the $25 million grant to the C-TRAN project.

"Because getting to school, getting to health care, recreational venues and much more between downtown Vancouver and the city's eastern neighborhoods is what it's all about.”

Total cost for the bus line will be about $50 million.

In the Portland area, TriMet has received a nearly $100 million grant to extend and improve the MAX Red Line.

The line will be extended west to Hillsboro and upgrades are also coming to the tracks between the Gateway Transit Center and Portland International Airport.