Vancouver police say the man who was bitten had nothing to do with the arrest going on at the time. 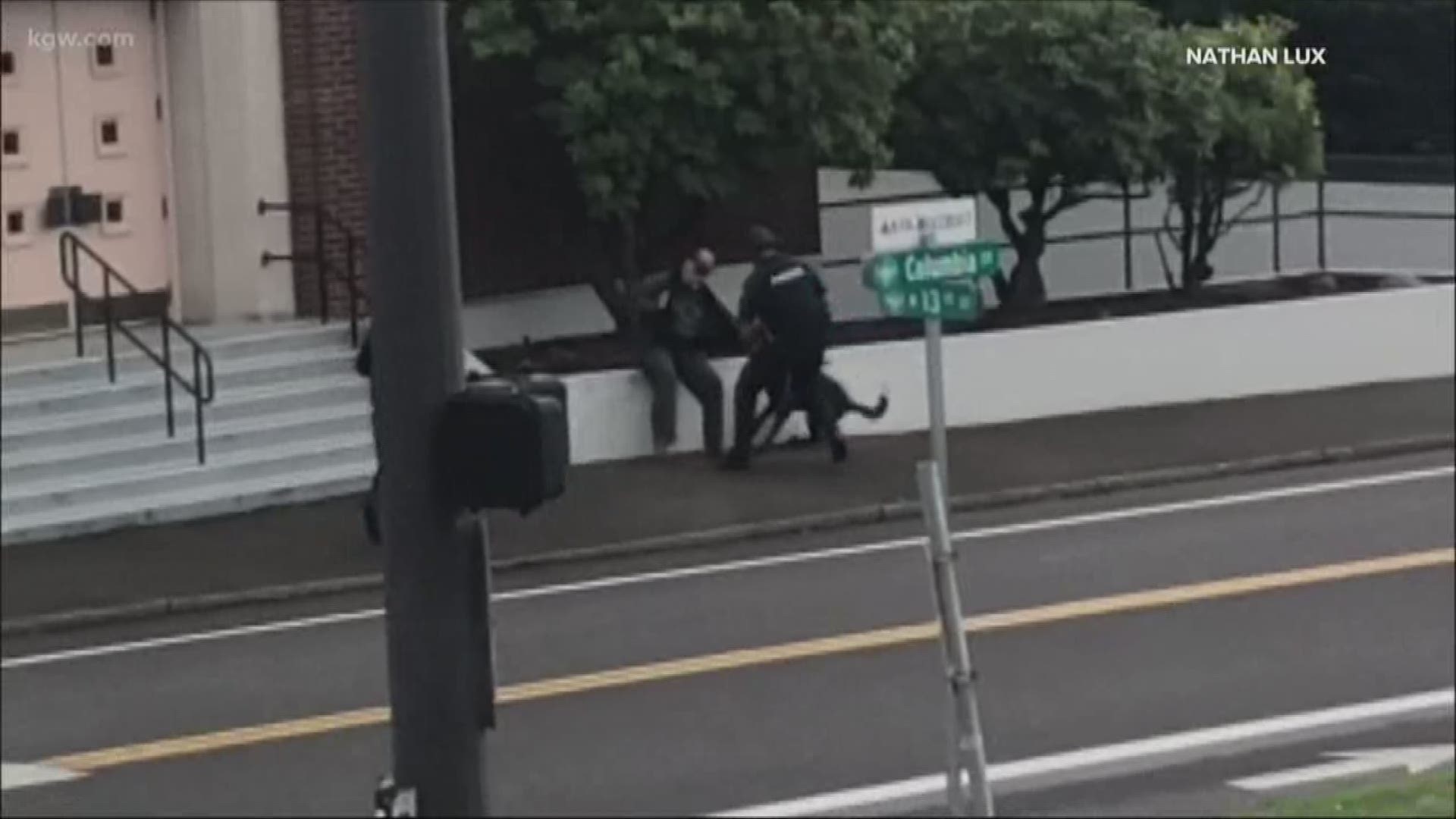 VANCOUVER, Wash. — A Vancouver Police K-9 has been sidelined after attacking a bystander during an arrest, in an incident that was caught on camera.

“Downtown gets a little wild, but nothing like this,” said Nathan Lux.

Lux’s cell phone camera was rolling when the K-9 broke free from its handler and attacked a bystander.

Lux said it all started when he noticed some police activity near 13th and Columbia Sunday evening.

“It seemed like a little stakeout thing and one of the residents here was taken into custody," Lux said

Lux said as officers were putting that person into the back of a police cruiser, a police K-9 bolted across the street and attacked somebody walking on the sidewalk.

“As I was recording all I was hearing is, 'Heel, heel, heel,'" he said. “The dog wasn’t listening to any of the commands, whatsoever.”

“It happened so quickly,” said another witness, Joe Gold.

Gold said he saw the whole thing and he's relieved to know the person that the dog attacked suffered only minor injuries.

The Vancouver Police Department is investigating the incident.

“The department will be conducting an internal investigation related to the incident and the K-9 will be removed from deployment until the investigation is complete,” read a statement released by the department.