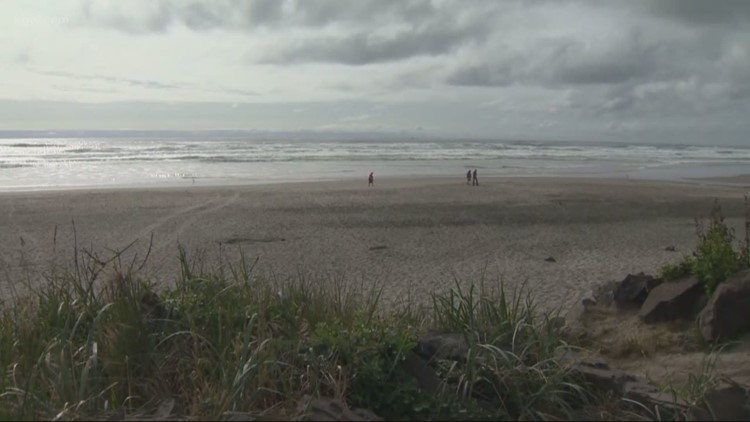 ROCKAWAY BEACH, Ore. — A swimmer died off the Oregon coast near Nehalem Bay State Park after being swept out to sea by a rip current.

Tillamook Sheriff's Office Lt. Gordon McCraw says he was camping with family at the park and had been swimming in the surf with two others at the time.

McCraw says all were swept out into the ocean and that two of them made it back.

The incident happened north of Rockaway Beach, where last month, four people were rescued after being pulled out to sea by a rip current.

Authorities say if you are caught in a rip tide or rip current, do not attempt to swim against the tide. Instead, swim parallel to the shore line until you are able to get out of the current.

Friends started a GoFundMe campaign to raise money for Kravchenko's family and pay for funeral expenses.

RELATED: Swimmers rescued after rip current pulls them out to sea at Rockaway Beach