Chiles returned home to the Northwest after competing in the Tokyo Olympics. 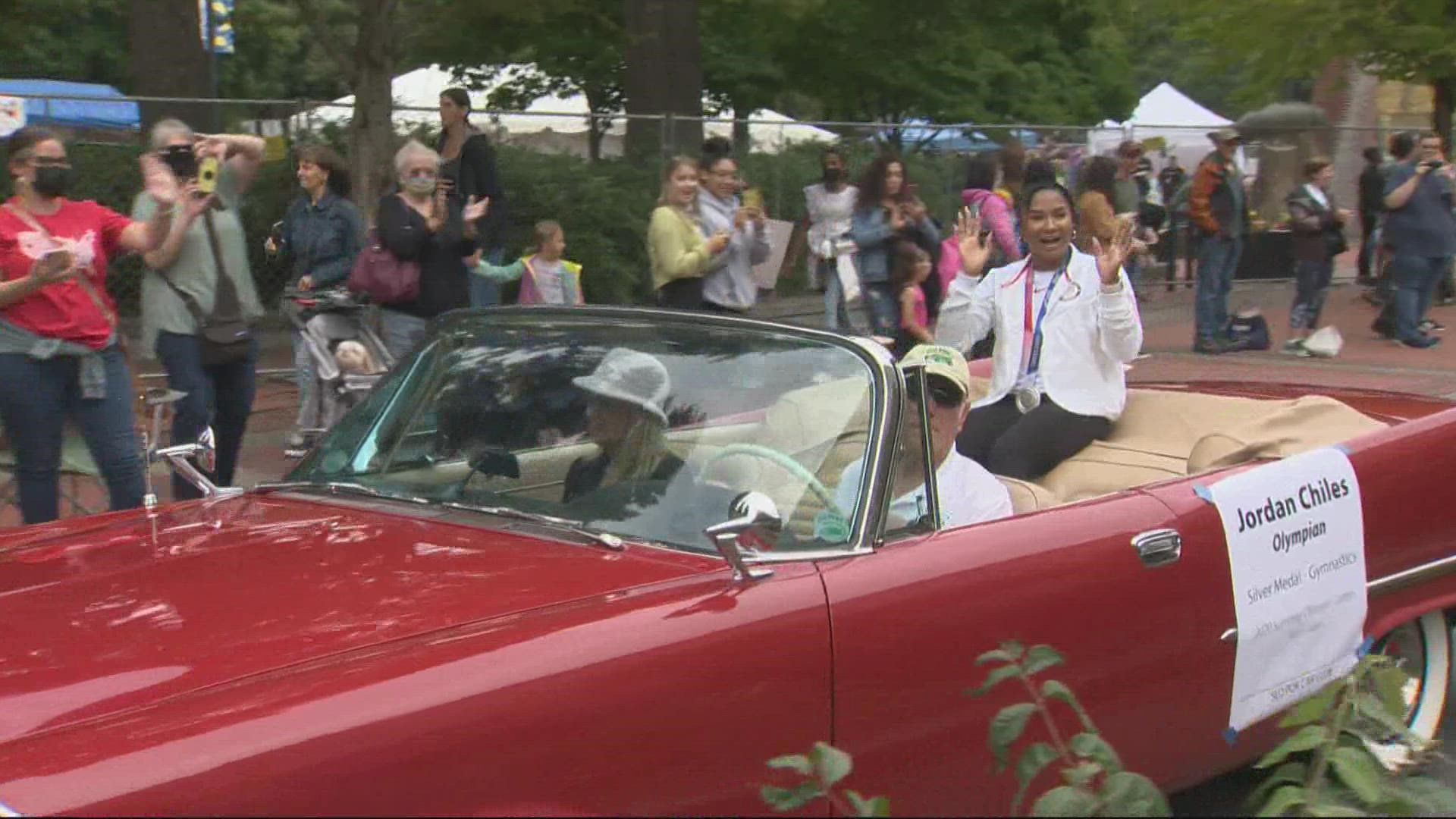 VANCOUVER, Wash. — It was an Olympic celebration Sunday afternoon in downtown Vancouver. The city hosted a homecoming parade for silver-medal gymnast Jordan Chiles.

Hundreds lined up along Main Street in Downtown to see hometown Olympian, Jordan Chiles. "She’s really an inspiration, we’re really proud to see her especially being someone from Vancouver," said Makaya Walker as she waited to see Chiles.

Jordan Chiles was raised in Vancouver. She graduated from Prairie High School and trained at a Naydenov gymnastics in Vancouver. The gymnast helped team USA win a silver medal at the Tokyo Olympics.

RELATED: US gets silver after losing Simone Biles in team final; Russia wins

Chiles returned home to the Northwest to a hero’s welcome. Fans cheered and waved as the Olympian made her way to City Hall, proudly wearing her medal for everyone to see.

"I wasn’t expecting so many people to be here on a Sunday," said Chiles. "I really enjoyed it, it just made me realize how much everybody truly supports me and I appreciate that so much.”

The community support and pride were clear. Vancouver Mayor, Anne McEnerny Ogle presented Chiles with a key to the city.

"This is a huge thing, I never thought I'd be getting keys to the city ever," said Chiles laughing.

She also took pictures with fans and signed a lot of autographs.

A gymnastic tour in September is up next for Chiles. Then she'll head to college in January but says the 2024 Olympics is definitely something she has thought of. Some young aspiring gymnasts were practicing their moves at the event – Chiles had a message for them:

"Always believe in the power of your dreams, because your dreams are very, very powerful and if you put your mind to them, they’ll come true.”

Advice from a hometown Olympian, that may just inspire the next generation of gymnasts to believe in themselves and go for the gold.

RELATED: City of Vancouver to honor Olympian Jordan Chiles with parade, key to the city

RELATED: 'I’m going to support her no matter what': Vancouver gymnast Jordan Chiles talks about filling in for Simone Biles