Kaaren and Daniel Spanski-Dreffin change the mannequin's clothes daily and it provides joy in the neighborhood. 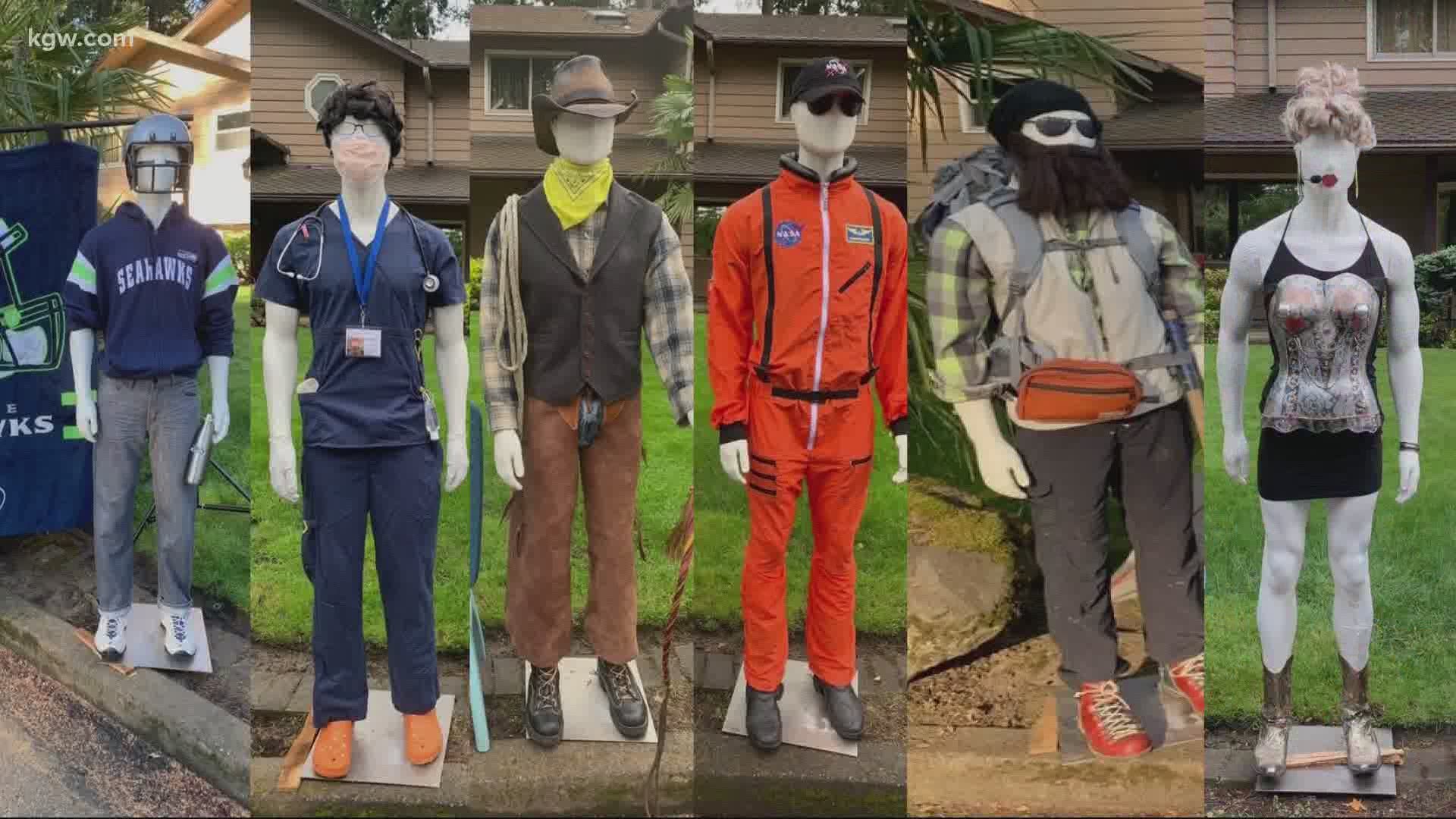 VANCOUVER, Wash. — There is a new face in the Vancouver Heights neighborhood. He goes by the name Manny, although on this day he looks a lot like Ariel from The Little Mermaid.

"Every day he's out here in a new outfit and people are relying on that," said Kaaren Spanski-Dreffin.

Kaaren and her husband, Daniel, are the brains behind Manny the mannequin. He stands outside the couple's home on Southeast 98th Avenue in Vancouver. He has been there since the start of the pandemic.

Daniel and Kaaren decided to dust off their mannequin and dress it up.

"So many people stopped to take selfies or laugh," said Kaaren. "We're like, this is funny, maybe we should do it again tomorrow."

"It's fun. We've made new, socially distant friends," said Kaaren. "There's a woman who comes every morning with her big camera, her name is Rebecca, and takes a photo."

While we are on the topic of photogenic mannequins, it is worth mentioning in this age of social distancing, this interview was done by Mike Benner the mannequin.

"Pretty good," Kaaren said of the mannequin reporter. "Because this guy (Manny) is pretty rigid."

Rigid just so happens to describe Manny's routine. No later than 8 p.m. every night, Manny gets a new wardrobe.

"Kaaren and I drag it in, go out to the garage and spend an hour or so every night just figuring out what it's going to be and get him all ready so he can be out the next morning," said Daniel.

Credit: Kaaren Spanski-Dreffin
Manny the mannequin dressed as a skier.

Manny has never disappointed. The outfits are impressive and not to be outdone by the messages that come along with them.

"Just trying to tie it all together and bring a moment of inspiration," said Kaaren.

Some will argue there is no better time for that than now. At a time when the world seems like it has been turned upside down, there is Manny.

"It's really cool, said Kaaren. "It creates connection when everyone feels isolated."