Some residents stopped receiving mail in mid-June after replacing an old community mailbox with two new ones. Mail service to all residents has since resumed. 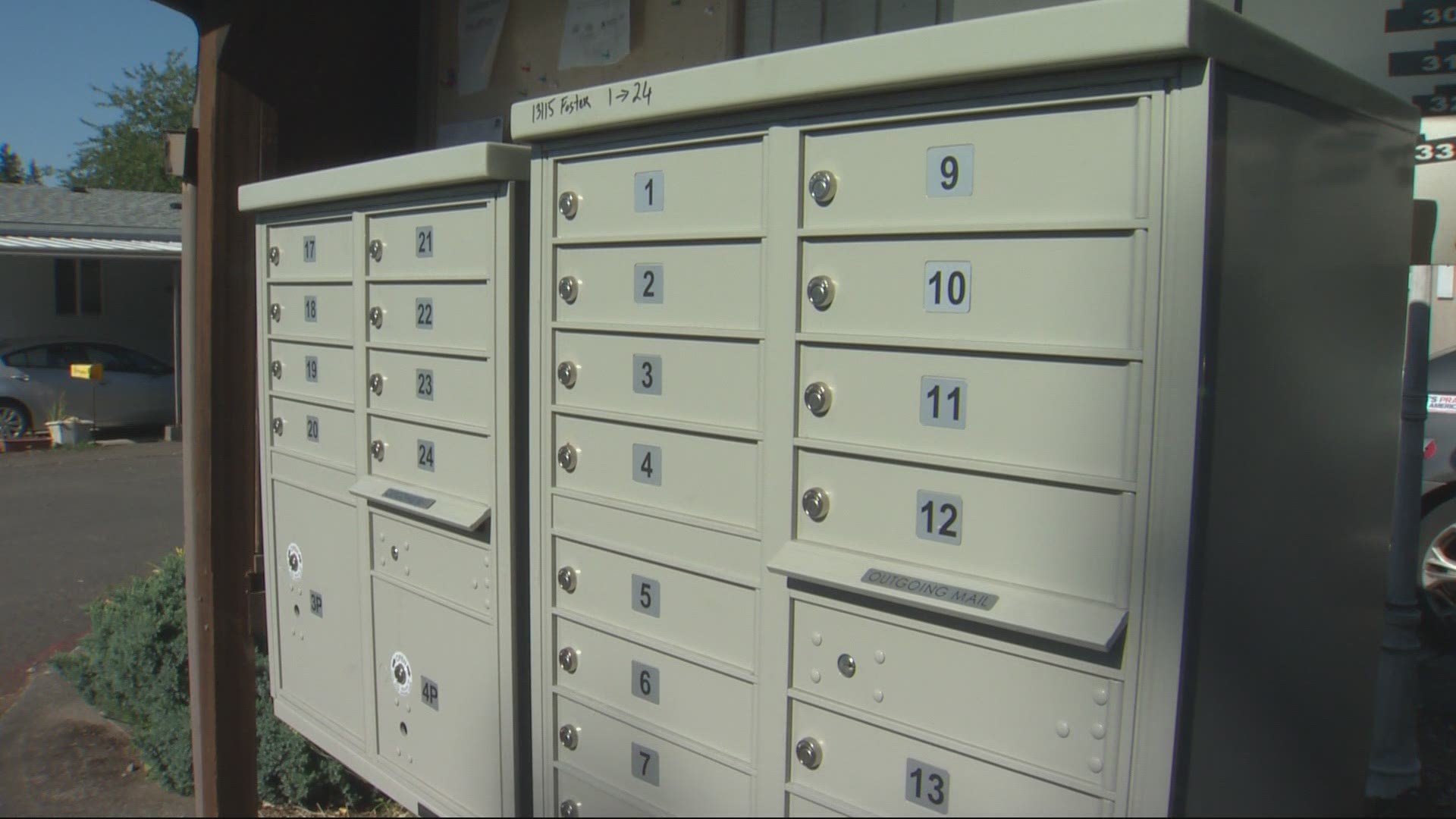 Some residents stopped receiving mail in mid-June after replacing a decades-old community mailbox with two new ones.

Teresa Walton is the manager of the park. She told KGW last week that instead of getting a new mailbox for the entire park, they got two: One for where the old mailbox was located near the entrance and a second for the lower part of the park.

Walton said the mail carrier only delivered mail to the box in the upper part of the park and about two dozen homes did not get mail including lifesaving medication.

According to Walton, a USPS employee approved the new set up. But Ernie Swanson with USPS told KGW the mailboxes in question were moved without authorization. Swanson said USPS would resume mail delivery when the mailbox returned to its original location.

On July 20, Swanson said the mailbox had been returned and mail delivery to the entire park had resumed. He sent the following statement to KGW:

"The U.S. Postal Service is resuming mail delivery to the entire Cumberland II area. Someone in the area moved one of the Cluster Box Units (CBU) of mailboxes to a different location without authorization from USPS. A meeting was held to explain that situation. USPS has returned the CBU to its original location and service is being resumed."