The total remodel will cost taxpayers $195,000,000. A spokeswoman said she did not have a break out on how much the bathroom work will cost. 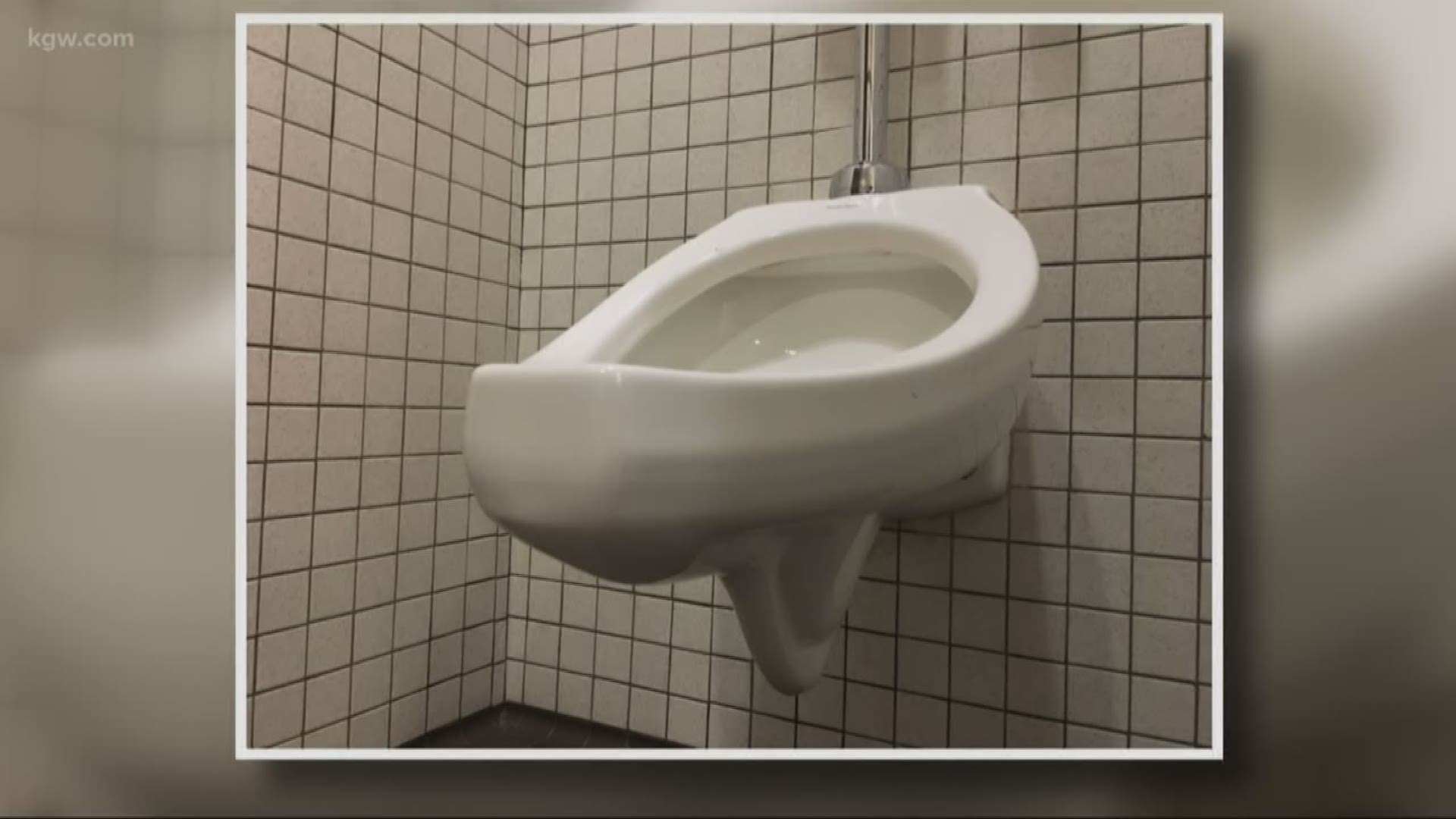 PORTLAND, Ore. — The City of Portland did not include urinals in the remodeled Portland Building.

Urinals, for those who have never been in a men’s bathroom, are porcelain receptors without seats or lids that allow men to quickly relieve themselves.

The total remodel will cost taxpayers $195,000,000. A spokeswoman said she did not have a break out on how much the bathroom work cost.

She also said no one from the city was available to talk about banning the urinals.

“We will continue to have gender-specific (male and female) multi-stall restrooms that are readily available to any employee that prefers to use one. But, there will be no urinals in any restroom in the building. This will give us the flexibility we need for any future changes in signage.”

The city has redesigned all the bathrooms to be gender neutral-- which means urinals are not even part of the men's room.

“I think it’s ridiculous. First of all I know that it already makes a lot of people uncomfortable. Secondly, its gonna take up a lot more space and third--anyone whose ever been to any public event--have you seen the line at the ladies room? Do you see any line at the men's room?"

He also argues that urinals use far less water than toilets. He's not alone in that opinion about removing urinals.

“I think it’s kind of ridiculous. After all what are they gonna do? Make everything one thing?" Frieda Applegate asked.

RELATED: Nonbinary Washington residents could soon use an 'X' on driver's licenses to identify gender

The building's 1st, 3rd and 15th floors will have large multi-stall bathrooms that men and women will use together.

Other floors will have separate men's and women's bathrooms.

But every floor will have at least one any-gender bathroom.

Over all there will be 42 “all-user stalls,” as the city calls them, and 104 gender specific stalls.

Gender and bathroom use has been a big deal when it comes to those who are transgender or gender fluid.

But the city made no mention of that in an email to employees.

“I am convinced that this is the right way to ensure success as your employer, remove arbitrary barriers in our community, and provide leadership that is reflective of our shared values."