A first-of-its-kind power plant is going up in Eastern Oregon. It's not just a wind farm or just a solar farm. It's a combination. 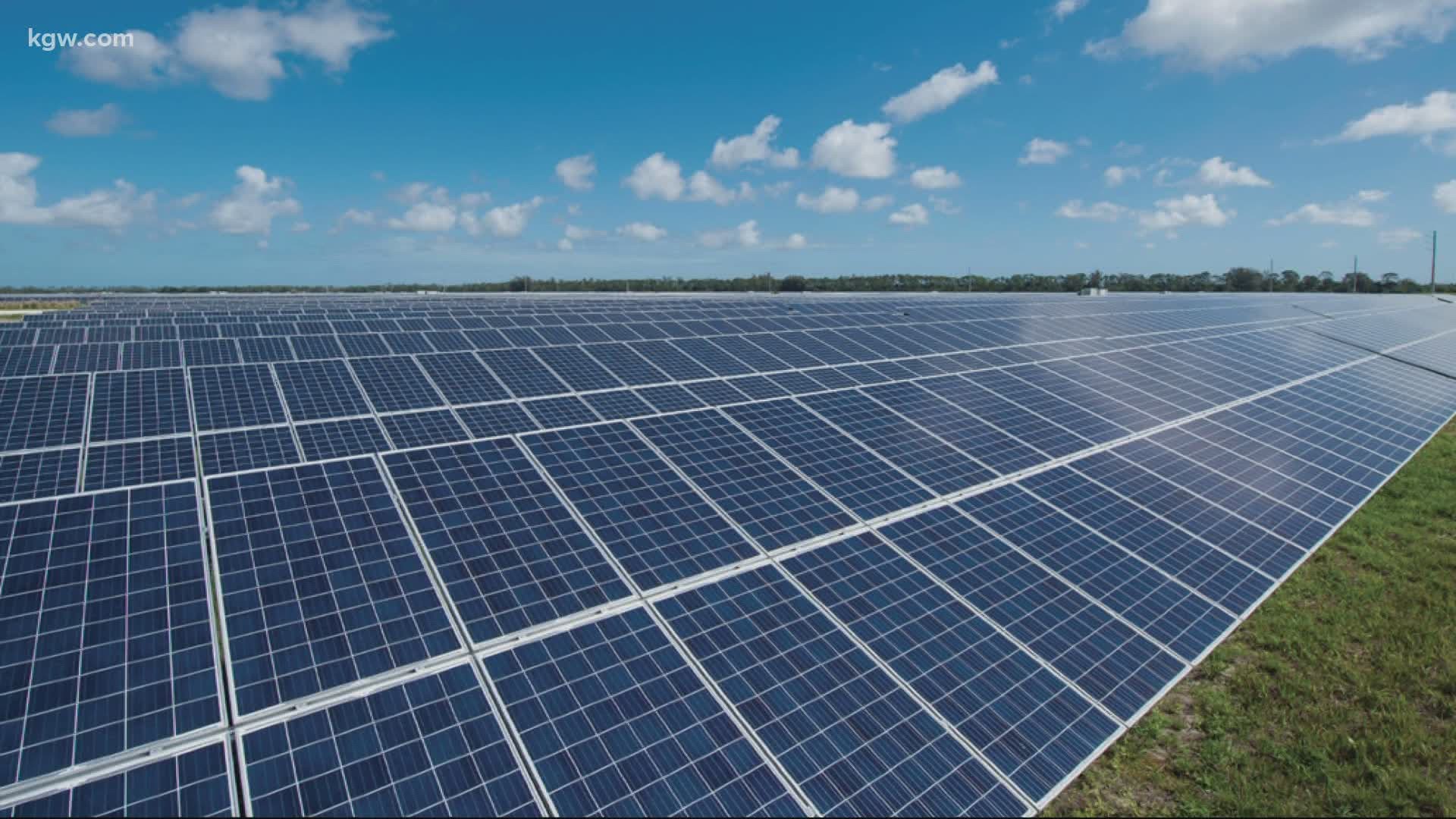 You've likely seen the big wind farms. The massive turbines generate power when the wind blows. But what happens when it dies down?

There's a similar challenge with solar.

On a cloudy day, how much energy can panels produce?

Now, Portland General Electric (PGE) has found a way to harness and store that energy in a first-of-its-kind facility.

"It's kind of the next generation of renewable energy in that it combines wind, solar and battery storage in a single facility and at a single location," said PGE spokesperson Steve Corson.

Wind and solar produce energy and massive batteries store it.

"That enables you to save some of that energy and use it at times you don't have the sun shining or the wind blowing," Corson said. "This is going to be the first large-scale energy facility in the country that will combine these three resources."

The Wheatridge Renewable Energy facility is in Morrow county not far from the Boardman coal plant which closed in October.

The 300-megawatt wind farm is already finished. The 50-megawatt solar and 30-megawatt battery facilities will be completed by the end of 2021.

"It's kind of the wave of the future," said Corson.

PGE is partnering with NextEra Energy Resources on the project, which will help it achieve its goal of net zero greenhouse gas emissions by 2040.

But as we transition away from coal and gas as energy demands increase, PGE customers will also have to do their part by reducing how much they use.

"You sign up for one of our programs and we will adjust your thermostat or water heater in order to save energy in small increments that you're not even going to notice because it is spread over 900,000 customers," said Corson. "But it can make a huge difference."

PGE invested $155 million in the project. It's a cost that will be covered by customers.

They'll see about a 1% increase on their bills, but the power they're paying for will be a lot friendlier to the environment.