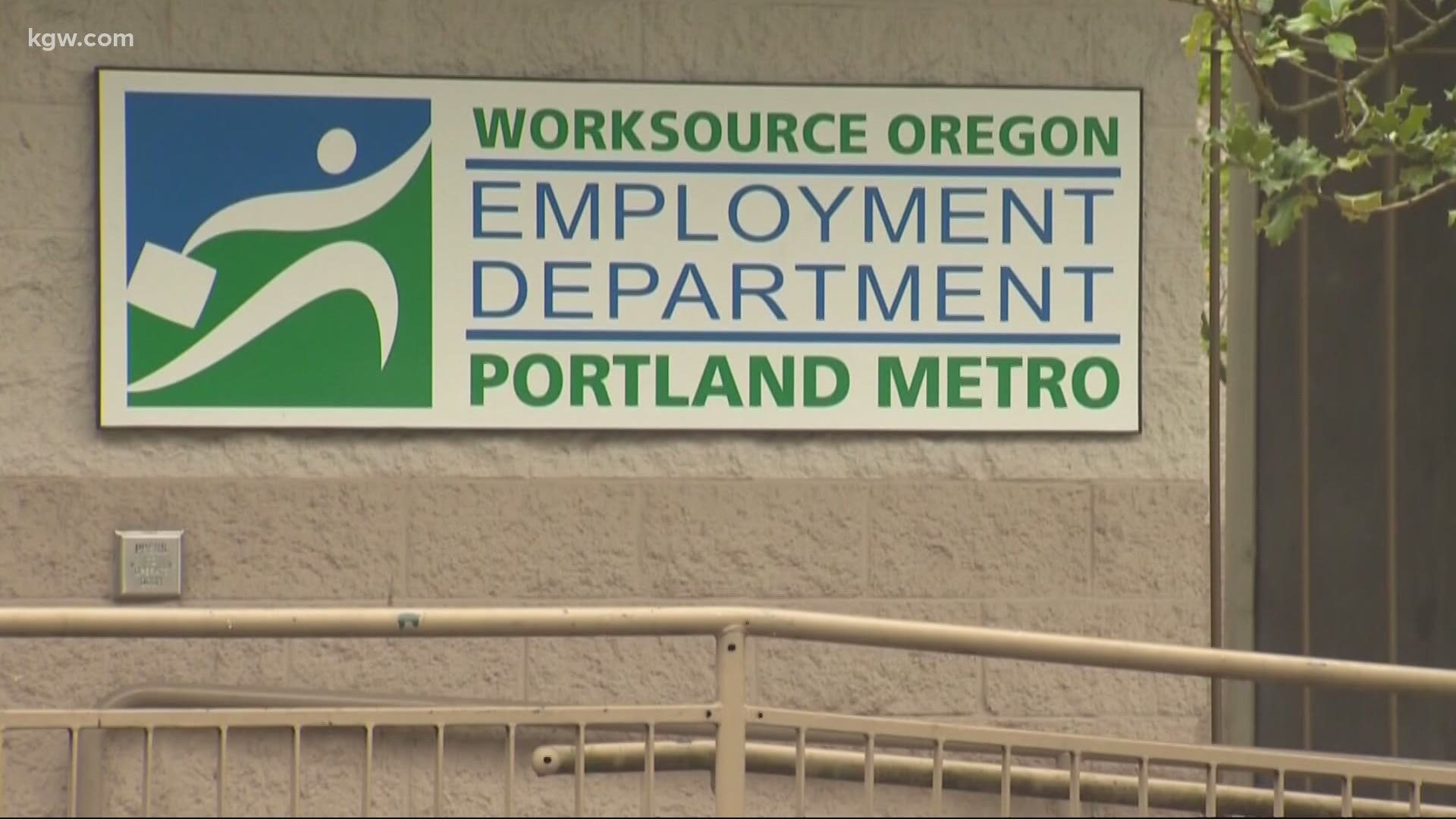 PORTLAND, Ore. — When the pandemic hit, commercial delivery driver Adrian Hacker quit his job. He says he's HIV positive and with a compromised immune system, he immediately quarantined for his own safety.

Hacker said the last 7 months have been eye opening.

"It's been anxious, it's been frustrating, it's been also a unique time to be alone and recharge. It's been scary."

He applied for unemployment benefits in March, but didn't receive his first direct deposits until July. Rent was paid by rental assistance organizations, but that still left other bills to be paid. He was able to get by with some help and other state benefits like SNAP.

Hacker said he pays attention when the government talks about the a new relief package. The last one, the Federal Pandemic Unemployment Compensation relief package, issued an extra $600 in relief payments on top of regular unemployment benefits. That part of the CARES Act expired in late July.

In August, President Trump authorized a new round of federal relief checks of $300. The state of Oregon announced that it would start distributing that money on Sept. 30, but on Oct. 1 the Oregon Employment Department said there were some issues being sorted out and that the department would be issuing payments soon.

"My question would be, 'What is your timeframe for these glitches and or what exactly is going on?'" Hacker told KGW.

During his weekly media briefing, acting director David Gerstenfeld addressed the Lost Wages Assistance (LWA) payments that people like Hacker hadn't yet received saying, "Implementing each new program gets more complicated as it's had to interact with more and more new programs we've implemented over the past few months."

Gerstenfeld said less than 5% of those eligible had not yet received their benefit, but should within the next week.

"We're hoping that the work that's being tested as we speak will allow us to issue payments to about 10,000 or 11,000 people who have certified and not received payments," Gerstenfeld said.

Hacker said he needs the money. He's still receiving his regular benefits, but that extra $300 would help immensely.

Oregon has paid out a record $5.3 billion in unemployment benefits since March.

One other topic of note, many are still waiting for their waiting week payment after Oregon's governor Kate Brown said the state would waive it. Oregon is the only state in the nation that has yet to waive the waiting week.

Gerstenfeld said the state is still on track to issue those benefits.

"The aspirational or best estimate target is that we would be able to start making those waiting week payments by the end of November. We still appear to be on track. I say that with some caution in my voice."

RELATED: 'We are suffering': Unemployed Oregonians voice their frustrations at state legislators during public testimony